‘The View’ Crew Cry ‘Incompetence’ and ‘Misogyny’ Against Mike Pence

On Monday’s The View, the liberal co-hosts predictably attacked Trump’s VP pick Mike Pence for not being liberal enough. Co-hosts Joy Behar and CNN’s Sunny Hostin led the charge, claiming that Pence was “incompetent” for his views on everything from global warming to “women’s rights.” Their treatment of Pence was polar opposite of how Behar and Hostin gushed over possible Clinton VP pick Elizabeth Warren on the show just a few weeks ago.

The panel began by joking about how "awkward" the Trump-Pence interview with CBS’ 60 Minutes was before Behar and Hostin aimed their targets on Pence. Jedediah Bila brought up how “competent” Pence appeared on camera before Behar scoffed, “Why is he competent?”

JOY BEHAR: Why is he competent?

BEHAR: He used to be a radio host, ok?

BEHAR:  He doesn't believe in global warming. He’s against any kind of---

BEHAR: You don't believe in global warming you're incompetent, sorry. [ Laughter and applause from audience ] 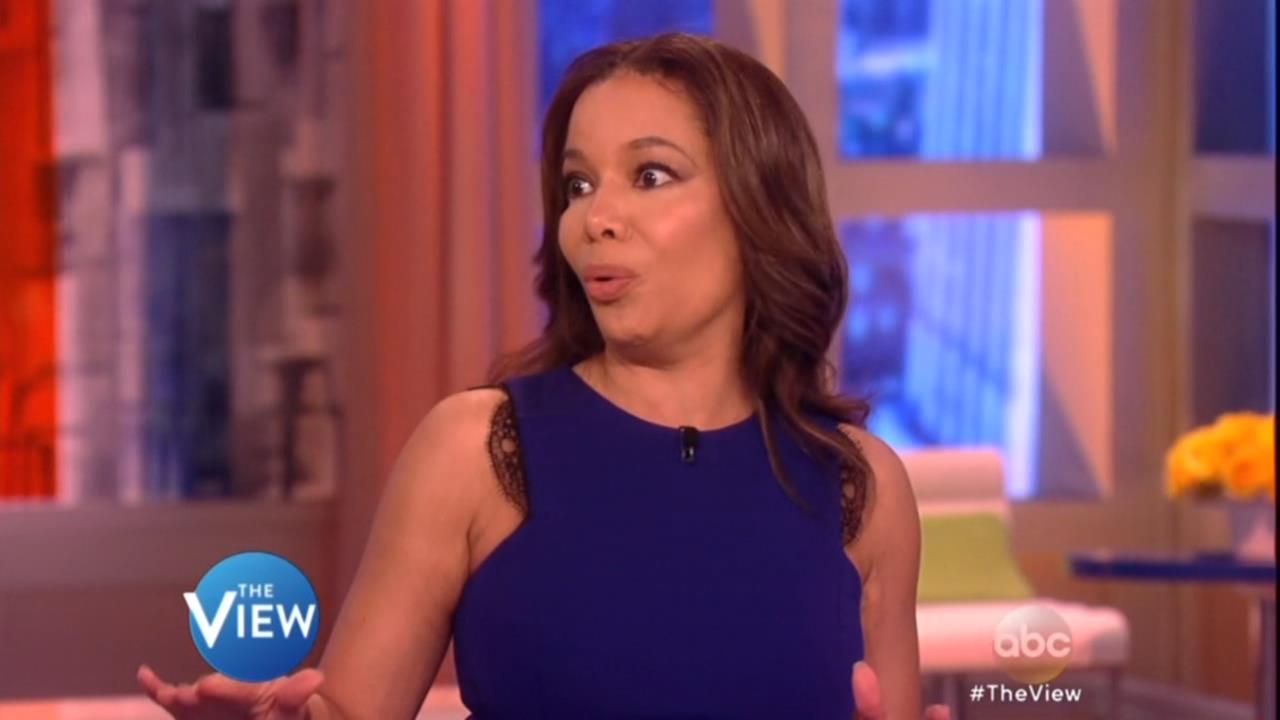 After that absurd statement, Hostin blasted Pence for being “misogynistic,” for cutting Planned Parenthood funding as governor.

HOSTIN: Talking about his competence, I think people need to understand his record, when he was governor. When he became governor in 2013 state funding for Planned Parenthood was cut in half by 2014... Also these clinics, he closed all these clinics that didn't even perform abortions.They tested women for STIs So when you look at his competence, it's one of misogony and discrimination and all that sort of stuff.

Compare that treatment to how the panel behaved around Elizabeth Warren on their June 28 show. Joy Behar started her question by blowing “a big wet kiss” to Warren, while Sunny Hostin said she was “thrilled” that Warren was “a woman who kicks butt and takes names.”

JOY BEHAR: Hi. Here's a big, wet kiss for you. Now, you know, you are one of the most outspoken critics of Donald Trump, and we are enjoying it, and so is Hillary, I noticed, and you've called him a small, insecure money-grubber, a bully, an insecure man. Enjoyable, every single word.

BEHAR: Do you think the attacks have been effective, though, at all?

WARREN: You know, the way I see it is the Republicans waited way too late to go on the attack after Donald Trump. And they waited until he had basically seized the nomination, and then a bunch of them are saying, oh my God, that man is not ready to be president of the United States. That man is dangerous. That man holds a bunch of views that are really horrible views. But it was too late for the Republicans. Well, my view on that is, I'm not waiting. I waded in on Donald Trump, now's the time to go after him, you bet.

SUNNY HOSTIN: Senator Warren, this is Sunny Hostin. And I'm just thrilled that you're a woman who kicks butt and takes names. So, but yesterday Trump called you a fraud and a racist for claiming to be Native American, and he also said that you used the claim to advance your career. He even called you Pocahontas again yesterday. Former Senator Scott Brown said you should take a DNA test. How would you like to respond?

WARREN: You know, Donald Trump will say or do anything, and so will Scott Brown. Look, unlike most people, my brothers and I learned about who we are from our families. And the people who have hired me for my jobs, the work I've done, have all said that my background didn't have anything to do with it. In fact, they mostly didn't know about it. What this is really about is can they bully me into shutting up. Can they be nasty enough and ugly enough and throw enough in my direction that I'll say, oh, and just go back into the shadows? And the answer is nope, not happening.