CNN Gets Schooled By Guest With Actual Facts on Gun Violence in the U.S.

On Thursday morning’s CNN Newsroom, host Carol Costello brought on Erich Pratt, executive director for Gun Owners of America to argue with him about guns as the root cause of violence in the U.S. Unfortunately for Costello, her guest had facts ready to combat the journalist’s agenda and ably argued his point to where Costello had nothing left to defend her case. 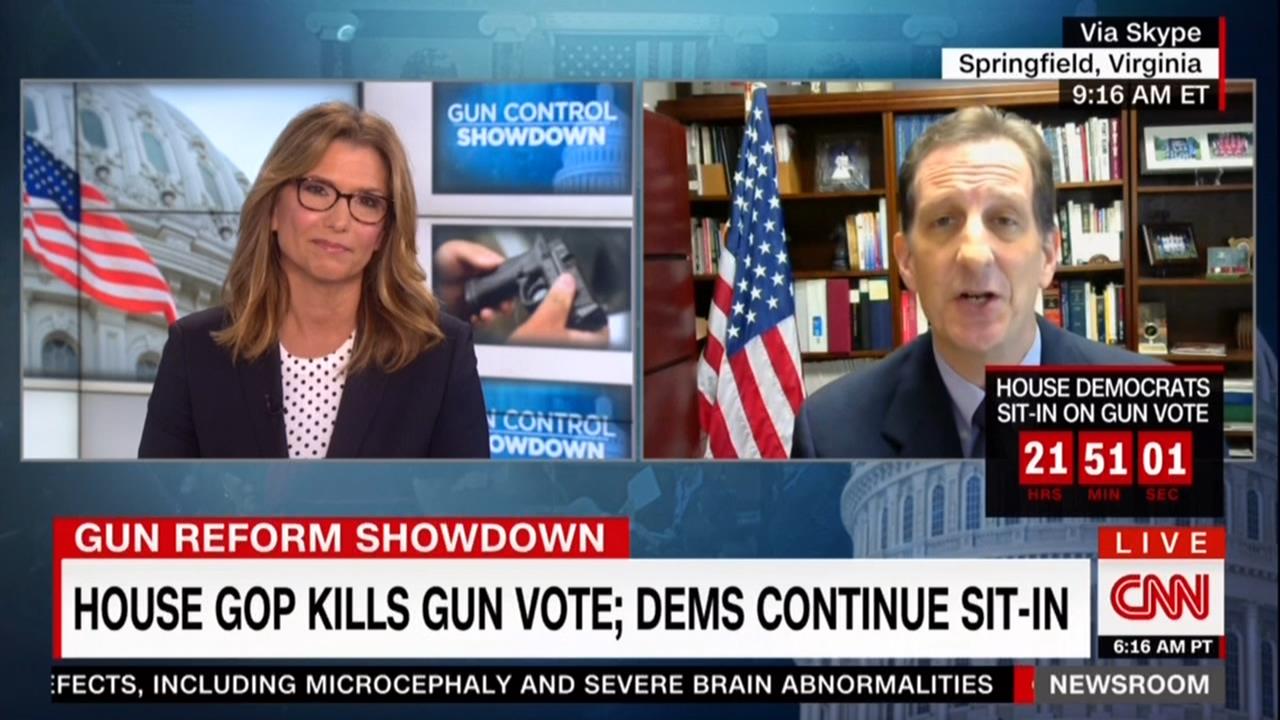 The interview began with Costello introducing Pratt after mentioning the “stunning” numbers from the CDC on gun violence.

CAROL COSTELLO: Democrats are not just focusing on Orlando's mass shooting, they're focusing on all gun violence, and the numbers are just absolutely stunning.

She continued by reading some CDC statistics of gun related deaths and asking Pratt, “Isn’t that too many?”

COSTELLO: Nice to have you here. I just want to read you some statistics. Every year, more than 100,000 people are victims of gunshot wounds. And we should point out that that number does include suicides as well. According to the CDC, in 2013, more than 33,000 people die from firearms, every single year. Um, isn't that too many?

Pratt then fired back, by citing CDC research that actually showed guns were being used in self-defense more often than they were being used to commit violent crimes. Costello argued against his point that the CDC even funded gun research but Costello cited a little-talked-about study from 2013 that liberal magazine Slate even wrote about as “surprising.”

PRATT: Well, what you failed to point out, Carol, is that the CDC also pursuant to President Obama issuing a decree to have them study this issue, they found that any where from 500,000 to 3 million times a year, guns are being used in self-defense. So that means for every negative tragic use of a firearm --

COSTELLO: Wait a minute. Wait, I just want to point out facts. I don't know what study you're citing, but the CDC has been barred from doing any research on guns.

COSTELLO: Congress won't fund the CDC from funding any gun research on gun violence. So I don't know what--

PRATT: He issued an executive order in January 2013, ordering the CDC, in fact, Slate wrote an article after the CDC published those statistics and Slate is no pro gun magazine, and they pointed out the article was entitled "The surprising findings by the CDC." Certainly they were surprising to people on the left. The fact that 16 to 100 times more often, guns are being used to save lives than to take lives. The president since then seems to have ignored that CDC study. How ironic he wants more research, et cetera. But when the research was done, it actually found guns are saving more lives than are being taken by them. As you look all around the country, Carol, actually you see time and time again that people have stopped mass shootings in their tracks. People, good people with their firearms, like a year ago this month, in a bar like the Orlando bar, in a Youngstown bar, a bar employee, who was a concealed carrier, used his gun to stop a mass shooter, no innocent lives were taken as a result. If that guy was in Orlando, we wouldn't be having this conversation.

COSTELLO: I'm sure there are instances when people have prevented gun violence with a gun. I am positive of that. I'm not arguing that fact. I just don't know how many, because I haven't seen the study that you're talking about. But I hear you. But let me run this by you. Most Americans are armed, and I'm going to put this starkly. Civilians own 270 million guns. 1 in 3 Americans own a gun. Yet 30,000, more than 30,000 people are still dying every year. How many more guns can there be out there?

PRATT: You know what, you're overlooking as you pointed out, we do have more guns than we ever had, more than 170 million new guns have been bought since 1991, and you know what has happened to the murder rate during that time? It has dropped 50%. We're actually safer today with more guns. So you know, you're trying to scare people by saying look, there is more guns, but we're safer today. Just look at the FBI statistics.

Pratt then pointed out that other countries have far stricter gun laws but have much higher rates of murder, like in Japan where suicide rates are astronomical. “Actually, our murder rate is not even in the top 100 of countries around the world. And the top 100 countries, guess what, they have much stricter gun control than we do,” he responded.

The pair ended in disagreement over the facts, as Costello promised to “check his stats” and get back to him.