When Los Angeles Clippers owner Donald Sterling’s much publicized comments were released Sunday, the media, celebrities, NBA players and even the White House were quick to attack Sterling and call on NBA commissioner Adam Silver to ban him from the league, which he did April 29. But that wasn’t the end of it. Now the Left is going after Orlando Magic owner, Rich DeVos because he’s a Christian and has defended traditional marriage.

MSNBC host Toure used the Clippers controversy to wonder if the NBA would  “dig into the personal beliefs of other NBA owners.” On April 28’s “The Cycle” Toure argued, “Some of them are not the most savory folks. Some of them are bank rolling anti-gay marriage initiatives.” Just a day later, on PBS’ “NewsHour,” Charlie Pierce of Esquire Magazine posed the question, “What does Adam Silver now do, for example, with the DeVos family in Orlando, which funds anti-gay candidates and anti-gay issue ads all over the country, as well as owning the Orlando Magic? Does he talk to them?” Pierce proposed this could be a new strategy of making sure all NBA owners’ had personal views inline with the left. He said, “This is an entirely new world, and if we’re going to step into it, let’s step all the way into it.” Cue the leftist mob mentality.

CNN jumped on board on April 29’s “CNN Newsroom,” where anchor Rachel Nichols associated DeVos with Sterling, calling DeVos’ beliefs “hateful” and “unpopular.” Again, on April 30’s “Legal View with Ashleigh Banfield,” Nichols used DeVos’ as her sole example of NBA owners who could be punished for their private views:

“Rich DeVos, who’s the owner of the Orlando Magic, has made comments that a lot of people consider homophobic. He’s campaigned against rights for gays. He’s said that gay marriage is, gay people asking for “special privileges.” There’s a lot of people who’ve made a lot of comments in those positions that could be construed as problematic.” 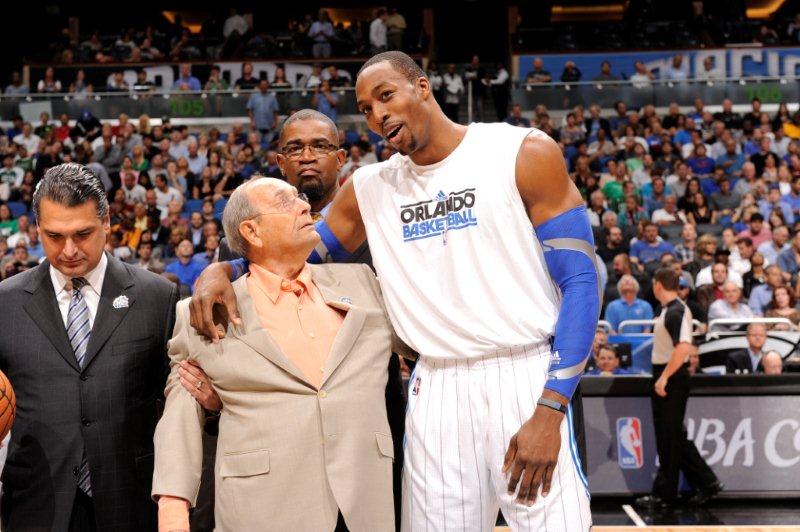 The Huffington Post’s Craig Crawford asked, “What about NBA’s Homophobe Owner?”  and the sports blog Sportsgrid also wondered how DeVos “homophobic” views fit with his Christian views of “Love thy neighbor.”

Dallas Mavericks owner Mark Cuban, on the other hand, was hesitant to jump on the bandwagon of forcing Sterling out of the league. Cuban criticized Sterling’s comments, but warned that forcing him out could lead to a “slippery slope”, making this a precedent for punishing anyone in the NBA for private comments and opinions.

“But regardless of your background, regardless of the history they have, if we're taking something somebody said in their home and we're trying to turn it into something that leads to you being forced to divest property in any way, shape or form, that's not the United States of America. I don't want to be part of that."

The Daily Beast’s Robert Silverman agreed with Cuban’s sentiment that Silver’s action made things tricky for NBA owners and fans.

“Do you think the Orlando Magic owner Rich DeVos wants fans of the team having to decide whether buying tickets is a form of validating his statements that gays ‘keep asking for favors,’ and that marriage is ‘not vital to them, in my opinion’? This is why Silver’s actions today were surprising. He has established as precedent the idea that words and actions that have nothing to do with what occurs on the court could result in the loss of a billion-dollar asset.”