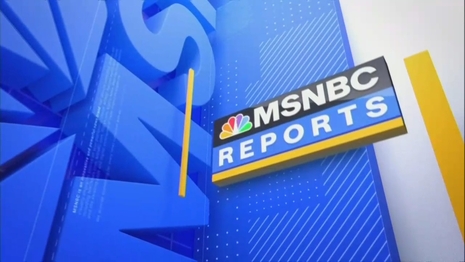 In one of the vilest and most sinister columns ever written for MSNBC, opinion columnist Cynthia Miller-Idriss writes that the overturning of Roe v. Wade serves the interest of white supremacists because among other reasons they can rape women to create more white babies. Even for MSNBC, this is a disgusting new low.

In the column which is titled “How the loss of Roe directly serves white supremacists' horrifying plot,” Miller-Idriss opens by claiming how “Reports late last month of the arrest of a former Marine with ties to a neo-Nazi group highlight the dangerous and somewhat convoluted relationship between white extremists and the state of reproductive rights in the United States.”

“Minorities and white women are targets of an ideology that both seeks to reduce nonwhite populations and to increase white ones,” Miller-Idriss states.

In probably the worst part of this entire disgraceful piece, Miller-Idriss writes “Abortion is seen by white extremists as part of the so-called white genocide plot, and in that sense, reproductive rights are a part of their ‘white extinction anxiety’.”

Continuing her disgraceful smear of the pro-life movement by comparing them to white supremacists, Miller-Idriss wailed: “The loss of Roe v. Wade, in this scenario, directly serves white supremacist extremist goals — as long as it is white babies who cannot be aborted. As NPR has reported, ‘prominent white supremacists have at times called for abortion to be banned only for white women but for it to be accessible and even free for women of color’.”

According to Miller-Idriss, “rape is seen by some on the far right spectrum as acceptable, even desirable — if it produces white babies.”

While it’s no doubt true that white supremacists are evil people who adhere to a racist and repugnant ideology, what Miller-Idriss writes doesn’t even make sense at face value.

Forty percent of the potential black population has been killed in abortions since Roe v. Wade, this is something a racist would celebrate, not the overturn of Roe v. Wade.

Meanwhile, pro-life Americans of all races rejoice that the unborn of all races and sexes will now have an opportunity to live. Cynthia Miller-Idriss is not only an evil person, but she doesn’t even have her facts about abortion straight.