If you're looking for a textbook example of over-the-top loaded language and bias in a headline, look no further than this from the Associated Press.

Screencapped from my iPhone this evening, it reads "Senate votes to unravel health care law and halt Planned Parenthood funds, inviting Obama veto." You can find the story in question via Yahoo! – albeit with a different headline – here. 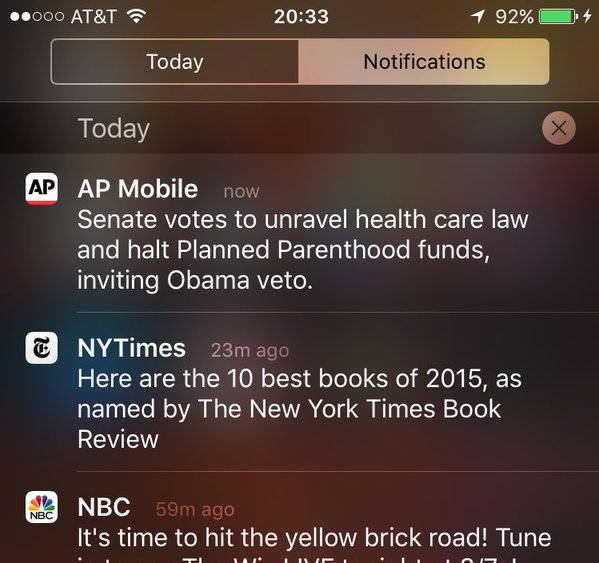 You can almost hear the derision dripping from the mouth of the headline writer as he or she mumbles this hacking away at his/her keyboard.

With a House rubber stamp expected in days, the bill would be the first to reach Obama's desk demolishing his 2010 health care overhaul, one of his proudest domestic achievements, and halting federal payments to Planned Parenthood. Congress has voted dozens of times to repeal or weaken the health law and several times against Planned Parenthood's funding, but until now Democrats thwarted Republicans from shipping the legislation to the White House.

Republicans said an Obama veto — which the White House has promised — will underscore that a GOP triumph in next year's presidential and congressional elections would mean repeal of a statute they blame for surging medical costs and insurers abandoning some markets. They lack the two-thirds House and Senate majorities needed to override vetoes, assuring that the bill's chief purpose will be for campaign talking points.

Of course Obama's veto threat in the first place also is crucial for Democratic "war on women" talking points, but leave it to the AP to present the GOP as the partisan warriors contra an above-the-fray Obama.