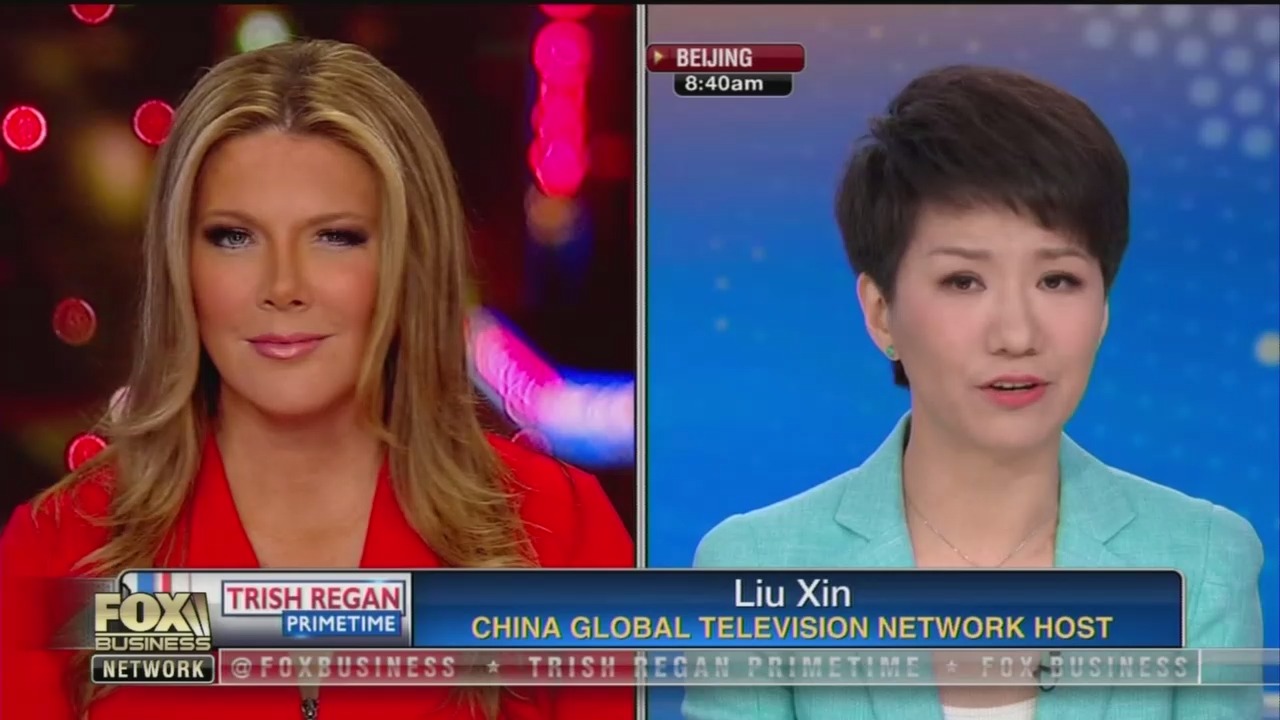 Getting rid of tariffs altogether turned out to be the common ground between Fox Business Network anchor Trish Regan and Chinese television journalist Liu Xin.

Regan welcomed Xin, host of CGTN’s The Point with Liu Xin, to discuss the Chinese economy, intellectual property theft and trade tensions between the U.S. and China onTrish Regan Primetime May 29. Although they didn’t agree on everything, when Regan suggested completely getting rid of tariffs between the nations, Xin was supportive.

“In 2016 the average tariff, effectively a tax, that was charged on an American good in China was 9.9 percent. Now that was nearly three times what the U.S. was charging. So what do you say about this? What do you think about saying, ‘Hey you know, what the heck with these tariffs. Let’s get rid of them altogether.’ Would that work?” Regan asked.

Xin said, “I think that would be a wonderful idea. I mean, don’t you think?”

“For American consumers, products made in China would be even cheaper, and for consumers in China, products from America would be so much more, so much cheaper. I think that would be a wonderful idea and I think we should work towards that,” Xin continued.

Xin’s only concern was that if the rules of trade are going to be changed, that they be changed “by mutual consensus” and be a “multi-national, multi-lateral” decision. She noted that tariff rules aren’t only between the U.S. and China, saying that many countries would demand the same removal of tariffs so “it is a very complicated settlement to make.”

In addition to getting Xin’s thoughts on the status of trade negotiations, Regan and Xin, discussed China’s economic system of “state capitalism” and how it works, intellectual property rights, “forced technology transfers,” and when China might abandon its status as a “developing nation” and stop borrowing from the World Bank.