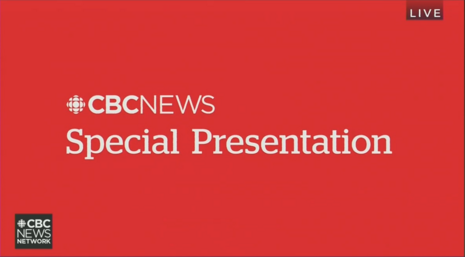 Tara Henley had had enough. A longtime producer for the Canadian Broadcasting Company, Henley abruptly resigned, writing of her reasons over there at Substack.

Speaking Freely
Why I resigned from the Canadian Broadcasting Corporation

In her piece she said this:

For months now, I’ve been getting complaints about the Canadian Broadcasting Corporation, where I’ve worked as a TV and radio producer, and occasional on-air columnist, for much of the past decade.

…When I started at the national public broadcaster in 2013, the network produced some of the best journalism in the country. By the time I resigned last month, it embodied some of the worst trends in mainstream media. In a short period of time, the CBC went from being a trusted source of news to churning out clickbait that reads like a parody of the student press.

…It used to be that I was the one furthest to the left in any newsroom, occasionally causing strain in story meetings with my views on issues like the housing crisis. I am now easily the most conservative, frequently sparking tension by questioning identity politics. This happened in the span of about 18 months. My own politics did not change.

To work at the CBC in the current climate is to embrace cognitive dissonance and to abandon journalistic integrity.

It is to sign on, enthusiastically, to a radical political agenda that originated on Ivy League campuses in the United States and spread through American social media platforms that monetize outrage and stoke societal divisions. It is to pretend that the “woke” worldview is near universal — even if it is far from popular with those you know, and speak to, and interview, and read.

Henley summed up by saying: “Everyone asks the same thing: What is going on at the CBC?”

Shortly thereafter Henley turned her attention to the American media, with Fox News headlining this:

Fox reported this from Henley:

"My focus is Canadian media, but I do read quite a lot of the American media as well…I think it's very polarized, and I think on both sides of the spectrum, the working class needs more voice and more representation, and it troubles me," Henley told Fox News Digital.

"We're not talking to enough people and the views are very limited. They're very narrative-driven, and it's not healthy for democracy," Henley continued. "I have no problem with the woke worldview being in the room. I think we should reflect that view, but it can't be the only voice in the room."

Not so curiously, Henley’s views sound almost identical to those of resigned New York Times opinion editor Bari Weiss. Weiss too turned to write up her views in Substack with her version of the same complaint about woke journalism.

As noted in this space last week, Weiss said this about the atmosphere in the Times newsroom:

I was always taught that journalists were charged with writing the first rough draft of history. Now, history itself is one more ephemeral thing molded to fit the needs of a predetermined narrative.

…Rule One: Speak your mind at your own peril. Rule Two: Never risk commissioning a story that goes against the narrative. Rule Three: Never believe an editor or publisher who urges you to go against the grain. Eventually, the publisher will cave to the mob, the editor will get fired or reassigned, and you’ll be hung out to dry.

What interests here is the rising tide of awareness in both Canada and the US that the media in both countries is now perpetually driven by a woke left-wing agenda - no matter the subject being covered - exactly as both Henley and Weiss say.

This past week of January 6 the problem was well in evidence. The “mainstream” media was consumed with coverage of the Capitol riot of a year ago. Except, went the consistent coverage of CNN, MSNBC, The New York Times, The Washington Post and more, what was covered was not news. What was covered uniformly was the left-wing narrative describing the riot as an “insurrection” that was “incited”, but of course, by Donald Trump.

This “coverage” came on the heels of the massive coverage devoted to another subject altogether - the trial of young Kyle Rittenhouse. In which Rittenhouse was routinely presented as having murdered two African-Americans in cold blood because, but of course, he was a white supremacist and therefore should be locked up for life. The problem was that the Rittenhouse victims were white, and the jury listened to all the evidence and believed this was in fact a case of self-defense. What the media was about with its Rittenhouse coverage was not news but the liberal woke agenda.

As also mentioned in this space last week, the Wall Street Journal has in fact touched on exactly the same point as Henley - before Henley’s resignation was even known. The headline:

The Conformity Crackup of 2021
From Covid lockdowns to crime and cops, the political-media consensus was wrong.

The WSJ said, in part, this:

By conformity we mean the progressive political and media consensus that forms quickly around an issue and then reinforces itself no matter the competing arguments or new information. This isn’t a conspiracy in any formal sense; there are no organized calls or Zoom meetings.

This is about a shared set of political values and preferences that leads people to reach the same conclusions about an event. The reporters and commentators of the major progressive media—the Washington Post, Bloomberg, the Financial Times, the New York Times, the Atlantic, and more—all then reinforce what they now like to call the “narrative” of a story.

Politicians and the press feed the narrative with leaks and the stories they pursue—or, as important, what they don’t pursue.

But as Henley’s observations illustrate, more and more people - both in Canada and America - are on to the game.

Over there at BizPac Review was this end of year headline:

The story reports: “CNN is set to close out 2021 in a massive slump for the four-decades-old network after watching their ratings tank over the past year, leaving them in third place behind Fox News and MSNBC for overall viewership.”

Over at the Post Millennial was this year’s end headline about both CNN and MSNBC:

In other words, what Henley is saying has been understood instinctively by American media consumers - and the practical effect is that liberal outlets are losing their audiences. And, again, in Canada, as Henley says, “Everyone asks the same thing: What is going on at the CBC?”

What is interesting if unsurprising is that the neighboring countries of Canada and the United States, cultural neighbors that they are, are seeing exactly the same problem with their respective media outlets. It makes no difference if the outlet is the CBC or CNN, the problem is the same.

In essence, woke-ism has become the journalistic version of Covid - a serious disease passed invisibly from one country’s media to another country’s media, with an increasing realization by their respective audiences that what is being served up everyday is left-wing narrative, not news.

And the only vaccine available for this media version of Covid is to get back to reporting facts, not liberal narrative.

Will the Canadian and American media take the vaccine?

Doubtful. And as CNN is finding out with its plummeting ratings, there is a price to be paid for that.