The Media's Long History of Covering for Joe Biden 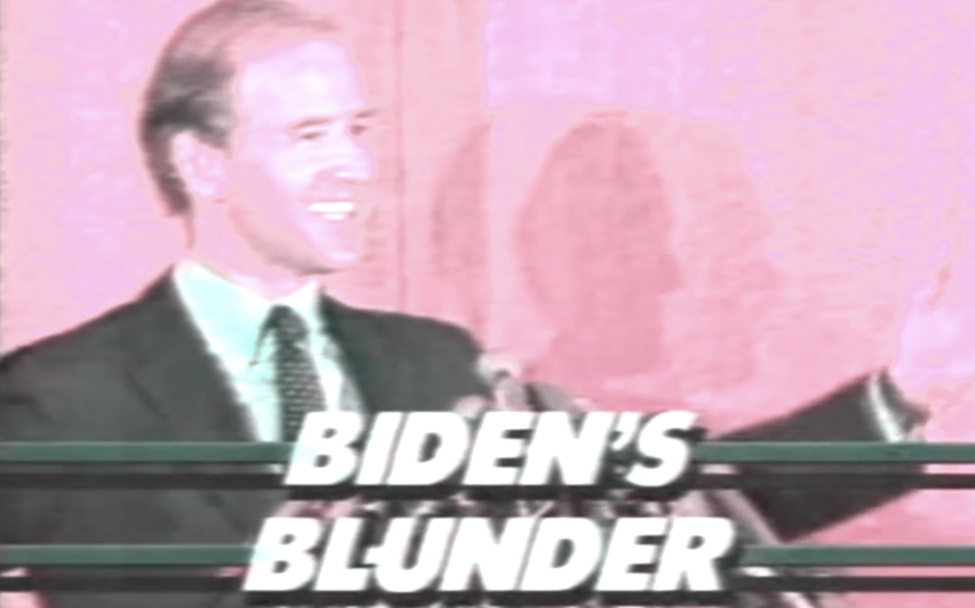 In a nearby flashback, this September, 2019 post from NB colleagues Rich Noyes and Scott Whitlock  recalled the 1987 flame-out of then Delaware Senator Joe Biden’s 1988 presidential campaign over the issue of plagiarized speeches.

The flashback caught my eye because, as I have mentioned over time in other venues, I was involved. And were the situation to occur in today’s media world, there is no question I would have proceeded differently.

Biden’s problem arose when the campaign manager for the rival campaign of Massachusetts Governor Michael Dukakis leaked a video that had side-by-side comparisons of a Biden speech and a speech by British Labour Party leader Neil Kinnock. As is pointed out in the flashback, the side-by-side “clips showed Biden aping Kinnock talking about his wife being the first in her family to go to college, and about his ancestors playing football for hours after a long day of working in the mines.”

The video raised an immediate ruckus, which in turn resulted in a statement from the Biden campaign that this was simply a crediting mistake and that Biden did not plagiarize. Cue my younger self.

As your basic geeky teenager in 1968, I was a huge Robert Kennedy fan. When he was assassinated, my Nixon-supporting Mom agreed to take my seventeen-year-old self on a bus trip to New York City, where we waited in line for hours in a hot June sun to go by RFK’s flag-draped casket in St. Patrick’s Cathedral so that I could touch the flag.

It didn’t take much longer in the year before some record company had produced a two-volume long playing album of RFK’s speeches. I bought the set and, in typical geek style, proceeded to listen to his speeches for hours on end, memorizing them. 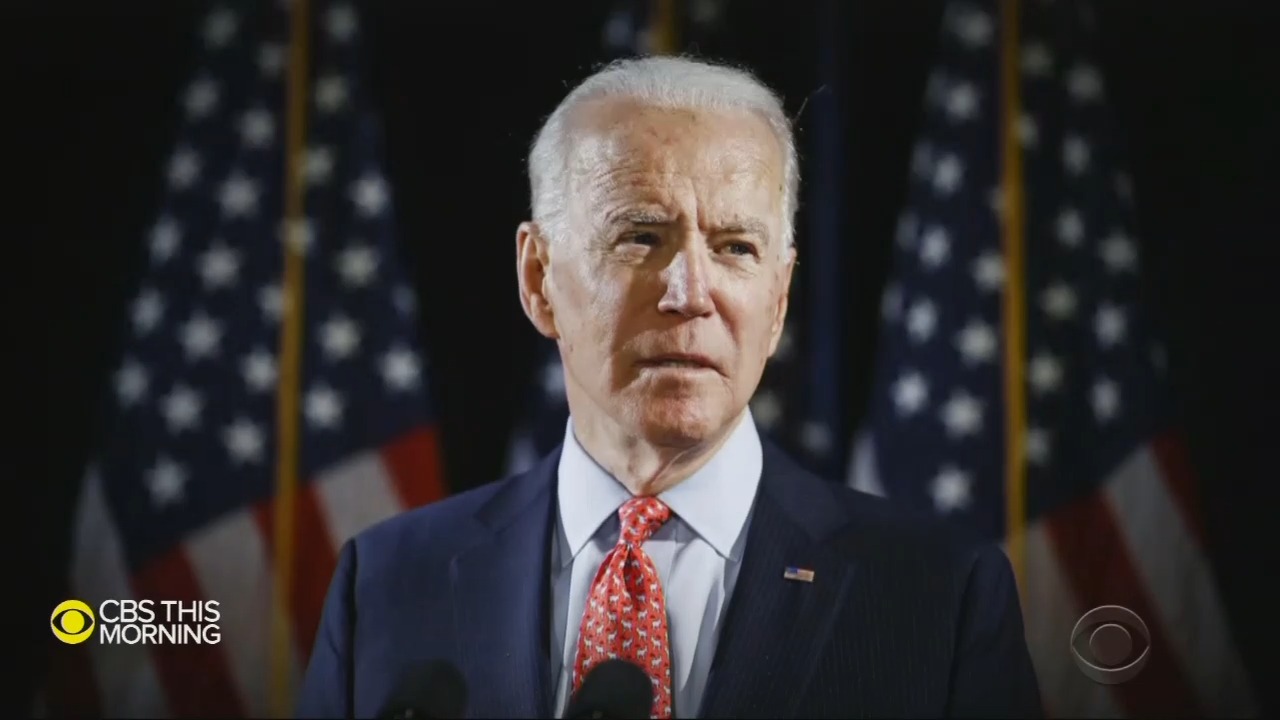 Fast forward to that fateful September week in 1987. I am now a young White House political aide for President Reagan, having long ago post-RFK, been Reaganized. The White House is in the middle of the battle to confirm Judge Robert Bork, with Biden playing a central role as Chairman of the Senate Judiciary Committee, along with running for president.

The plagiarism episode erupts, and Biden denies that he plagiarizes. Alas, earlier in the year, with Washington at a full halt in a February snowstorm, alone in my office with my colleagues vanished, I decided to check out a Biden speech on C-Span. The speech was to the California Democratic Party. And as I watched I realized I was getting to the end of his sentences before Biden did. You guessed it. He was plagiarizing from Robert Kennedy, and I still knew the RFK speeches by heart.

At the time I did nothing. But in September, with the press being told by Biden that the Kinnock episode was just a mistake and that he, Joe Biden, did not plagiarize…I knew better.

Now here’s where this gets to the heart of the media problems of today. Knowing that Biden was not being truthful, I picked up the phone and called The New York Times reporter covering his campaign - that being now-Times columnist Maureen Dowd. She was astonished, and asked if I could document what I was saying to her. It was a weekend, and I told her I would run home to Pennsylvania and retrieve my RFK album and have it in her Washington bureau office on Monday. The mission was accomplished. And two days later, on September 16th, there was this front page story by Dowd headlined: "Biden Is Facing Growing Debate On His Speeches."

And sure enough, there I am quoted by name and job location (what was I thinking??). The story quickly produced more Biden-plagiarized stories, and days later the Biden campaign was over when he withdrew.

Now, the question. It is striking to me in today’s media world that I had no hesitation about taking my story to The New York Times. So trusting was I in the paper’s reputation as the “paper of record” that it simply never occurred to me they might refuse to publish the RFK story at all. And they did publish it without blinking an eye.

Contrast that moment with this recent comment from today’s Times executive editor Dean Baquet, captured on audio tape at a closed “town hall” for Times staffers and leaked to Slate. Said Baquet:

Got that? There is the executive editor of The New York Times openly admitting that some of his staffers “jeer at us when we take on Joe Biden.” Which leads me to believe that were the Biden plagiarizing episode to have occurred today, I would never in a thousand years have taken it to the Times because it quite probably would never, ever have seen the light of day, much less the front page. And, as those remarks from Baquet illustrate, in today’s Times political considerations are front and center with the liberal journalists who work for the paper.

Quoted in the Graham story is this exchange between the Times’ new media reporter, Ben Smith, and Executive Editor Baquet:

BEN SMITH: Do you think that, in your heart, you’re reluctant to promote a story that would hurt Joe Biden and get Donald Trump re-elected?

DEAN BAQUET: I can’t make that calculation. I won’t. I won’t let my head or my heart go there. I think once you start making those kinds of calculations, you are not a journalist anymore. You’re some sort of political actor.

Exactly right. But alas, it is abundantly clear from the massive coverage in the Times and elsewhere of the Brett Kavanaugh accusations by Dr. Christine Blasey Ford and the paucity of coverage of Tara Reade’s Biden accusations that both the Times and the larger liberal media have in fact made that calculation.

The world has turned many times since my youthful self walked my RFK records documenting Joe Biden’s plagiarism into the Washington bureau of The New York Times.

As Rich Noyes and Scott Whitlock correctly observed in their flashback look at the coverage Biden received in the liberal media in 1987:

“But our review shows that when the multiple plagiarism accusations first appeared 32 years ago, liberal journalists treated them as Joe Biden’s first big test of character on the national stage — and, in their eyes, he flunked.”

Indeed he did. And it is a measure of just how partisan today’s “mainstream” media has become, the Times prominently included, that Biden is in fact getting a pass on the Tara Reade accusation.

Time has indeed moved on since 1987 - and when it comes to liberal media bias, that move has been anything but good.