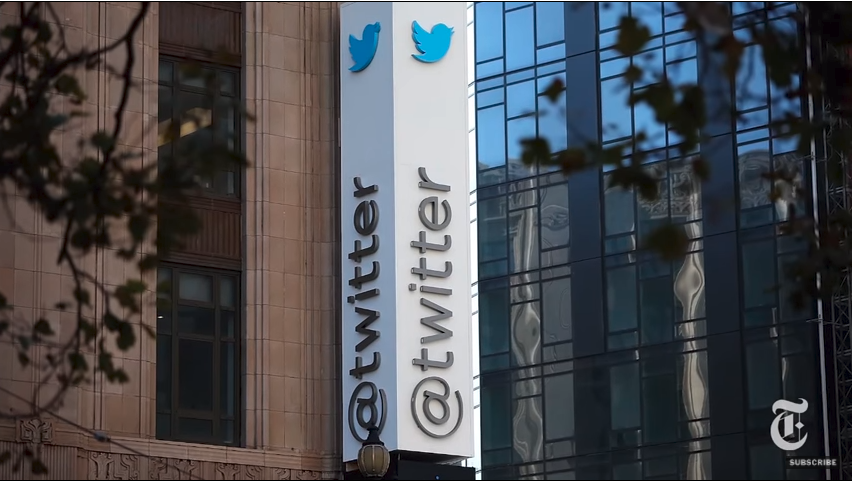 If one is of a certain age, one recalls the Daisy commercial.

Found now on You Tube —  here — the commercial ran in the fall of the 1964 Johnson-Goldwater presidential race. Put together at the instance of LBJ aide Bill Moyers and the advertising firm of Doyle Dane Bernbach, the commercial opens with a little girl innocently plucking the petals off of a daisy, counting to ten. Midstream her voice is replaced by that of an ominous-sounding male, and her image vanishes as a nuclear bomb explodes in the famous mushroom shaped cloud. Another male voice is heard —  that of President Lyndon Johnson. Says the President and then-candidate for re-election:

“These are the stakes. To make a world in which all of God’s children can live. Or to go into the dark. We must either love each other. Or we must die.”

The screen fades to black, with white letters appearing that read simply: “Vote for President Johnson on November 3.”Then it said: “The stakes are too high for you to stay home.”

The ad was run by the Johnson campaign only once, on the evening of September 7, 1964. It was run only on NBC, during the NBC Monday Night Movie. NBC was one of the only three broadcast networks in existence in the day, its audience massive. (There was no cable.) Barry Goldwater’s name was never mentioned.

In fact, there was also another, less remembered, anti-Goldwater commercial that year. This one. It featured another little girl, this one licking an ice cream cone with a woman’s voice in the background patiently explaining that radioactive fallout from nuclear bombs had killed lots of children. Then the woman —  unseen — goes on to explain that Barry Goldwater had voted against the Nuclear Test Ban Treaty, which keeps radioactive strontium ninety out of ice cream.  With a geiger counter loudly ticking in the background, as with the “Daisy” commercial the screen faded to black with the same ending message to vote for LBJ.

The Daisy ad, while only running once, was immediately Topic A in the media of the day and was covered heavily on the network news and the Sunday TV talk shows, run in its entirety. The media was in essence doing the Democrats’  advertising work for them. There was absolutely no doubt as to the intent of the two commercials, taken either alone or together. It was to frighten voters about Barry Goldwater and lead them to believe Goldwater was so reckless that he would plunge America into a nuclear holocaust.

Goldwater himself would say this about the commercial in his memoirs.

Those bomb commercials were the start of dirty political ads on television. It was the beginning of what I call ‘electronic dirt.’ Moyers and the New York firm will long be remembered for helping to launch this ugly development in our political history.

Without doubt. But the key fact here is that NBC quite willingly ran the Daisy commercial. They didn’t refuse it. They didn’t say the commercial was a lie. They simply took it —  and the money they were paid —  and ran with it.

And even more to the point? Notice what the conservative Barry Goldwater did not do. He did not support the idea of restricting political ads that the target considered as a lie. Those two LBJ commercials were both flat out lies. But it is also a fact that there were Goldwater opponents aplenty who in fact believed that Barry Goldwater was a reckless man who would indeed plunge the country into nuclear war. That they were wrong doesn’t negate the fact that it was believed by many.

Which is to say, in the eyes of those people the two commercials were not lies at all. They were the truth.

Which brings us back to Facebook and Twitter and their respective policies on political ads. Here is this on Twitter’s decision from The Washington Post. Here's the headline:

Twitter to ban all political ads amid 2020 election uproar. The social network’s decision sets it apart from Facebook, which has defended its controversial policies.

Twitter on Wednesday said it would ban all advertisements about political candidates, elections and hot-button policy issues such as abortion and immigration, a significant shift that comes in response to growing concerns that politicians are seizing on the vast reach of social media to deceive voters ahead of the 2020 election.

Twitter CEO Jack Dorsey announced the move in a series of tweets, stressing that paying for political speech has the effect of “forcing highly optimized and targeted political messages on people.” The ban marks a break with Twitter’s social media peers, Facebook and Google-owned YouTube, which have defended their policies on political ads in recent weeks.

“While internet advertising is incredibly powerful and very effective for commercial advertisers, that power brings significant risks to politics, where it can be used to influence votes to affect the lives of millions,” Dorsey said.

Got that? Jack Dorsey is terrified that the free exchange of political speech in ads “can be used to influence votes to affect the lives of millions.” (Particularly if conservatives - read the Trump campaign - advertises about illegal immigration and abortion.)

Let’s be real here. This isn’t about anything other than silencing conservatives.

Facebook, on the other hand, has taken exactly the opposite approach, with founder Mark Zuckerberg taking a boat load of criticism from lefties furious that he is not silencing conservatives by shutting down political ads. Good for Mr. Zuckerberg - he gets it.

But since Twitter has chosen to go down this path, the obvious question occurs. Why not do the opposite of Barry Goldwater, who never called for shutting down the liberal TV networks of the day. Why not take down Twitter altogether —  just abolish it outright? Quite obviously Twitter all by itself, without any political ads, can “influence votes.”

Here, for example, is the Twitter account of Senator Kamala Harris. It is instantly clear that Harris, a Democratic presidential candidate, is using her account “to influence votes to affect the lives of millions.” Which is to say, she is using Twitter to influence people to vote for her.

Among the many things Harris says on her account is this: “To my Republican colleagues: is this lawless president worth betraying our democracy?”

Suffice to say, there are people aplenty, starting with the 199 House Republicans who opposed the House impeachment inquiry, who believe there was nothing  “lawless” in the president’s conduct. So to use Twitter’s own reasoning, Harris has used her account to spread a deliberate lie.

Should Kamala Harris be banned from Twitter?  If a political ad that “lies” is dangerous because it can influence the votes of millions, what about a United States Senator and presidential candidate who lies to her 3.2 million followers?

Over here is Senator Elizabeth Warren’s campaign Twitter account, on which she says of her health care plan: “My plan won't raise taxes one penny on middle-class families.”

This is laughable. Suffice to say there are plenty of critics out there who believe this is a flat out lie. Should Elizabeth Warren be banned from Twitter? Newsflash: Not going to happen.

Nor should it. The hard fact of the matter is that there are all kinds of liberal lies floating around on Twitter, and Jack Dorsey lets it all go by with a wink and a nod.

He should. But he needs to stop the hypocritical untruth that he is forbidding political ads on Twitter because he is so concerned about untruths influencing voters. Twitter is swamped with liberal lies and Dorsey never blinks.

What Dorsey is really about is silencing conservatives, so that the liberal media — social media and all the rest —  can put out their modern day equivalents of that old LBJ “Daisy” commercial out there and, in Dorsey’s own phrase again, “influence votes to affect the lives of millions.” With the liberal media, as was done in 1964, doing the Democrats work for them.

To pretend Twitter is taking the moral high ground in banning political ads is laughable. Twitter sees the backlash Facebook has received for embracing free speech in advertising and with this ban, hopes to force their hand into doing the same.

A key reason organizations and individuals buy ads is to promote an issue that they cannot get covered by conventional means. We have seen how the social media giants have used their content policies to suppress conservative speech. Because of this, liberal messaging dominates Twitter and by restricting ads, Twitter can further limit the ability of conservatives to get their message heard.

By including ‘issue ads’ in this ban, Twitter has given itself the power to draw the lines on what is and is not ‘political.’ Make no mistake, this is not an easily defined space and with Twitter’s history of liberal activism, conservatives should be very concerned.

And here’s the irony in that Bozell statement. Brent’s namesake Dad worked for Barry Goldwater, and doubtless saw the impact of the Daisy commercial close up and personal in that 1964 campaign. Along with Goldwater himself he could see just how the liberal media of the day played the game.

The technology of the media is today light years from the media technology of 1964. But as the statement of Brent Bozell of todays MRC  illustrates precisely, what has not changed is that liberal media’s left-wing bent, whether in 1964 or 55 years later in 2019 has not only not faded away, it has gotten worse.

Or simply put? The more things change, the more they stay the same.