So there is The Washington Post’s “center right” columnist Jennifer Rubin (Hint: she’s not, as noted in this 2018 letter to the Post from conservative leaders) saying this on MSNBC of President Trump and his supporters, as reported on NewsBusters.

"What we should be doing is shunning these people...Shaming these people is a statement of moral indignation that these people are not fit for polite society," she said. "It’s not only that Trump has to lose, but that all his enablers have to lose, we have to collectively, in essence, burn down the Republican Party. We have to level them.”

Ahhh yes. Where have I heard this kind of pompous moralizing from media and Republican elites bemoaning a prominent Republican before? Oh, right. Now I remember. Here’s a sample of what the elites of the Republican Party and the media had to say about….Ronald Reagan, as I documented in 2015 over at The American Spectator, when newly-announced candidate Donald Trump was on the rise. 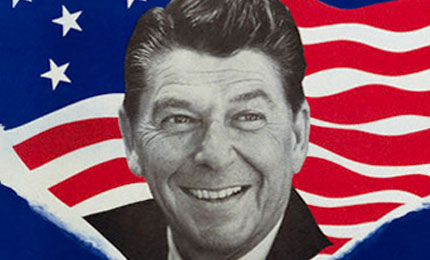 New York Times: “The astonishing thing is that this amusing but frivolous Reagan fantasy is taken so seriously by the news media and particularly by the President (Gerald Ford). It makes a lot of news, but it makes no sense.”

The New Republic: “Ronald Reagan to me is still the posturing, essentially mindless and totally unconvincing candy man that he’s been in my opinion ever since I watched his first try for the Republican nomination evaporate in Miami in 1968.”

The New Republic: “Reagan is Goldwater revisited…He is a divisive factor in the party.”

Harper’s magazine: “That he should be regarded as a serious candidate for President is a shame and an embarrassment for the country at large to swallow.”

Chicago Daily News: “The trouble with Reagan, of course, is that his positions on the major issues are cunningly phrased nonsense — irrationality conceived and hair-raising in their potential mischief… Here comes Barry Goldwater again, only more so, and at this stage another such debacle could sink the GOP so deep it might never recover.”

Time: “Republicans now must decide whether he represents a conservative wave of the future or is just another Barry Goldwater calling on the party to mount a hopeless crusade against the twentieth century.”

Newsweek: Ronald Reagan is “a man whose mind and nerve and mediagenic style have never been tested in Presidential politics and may not be adequate to the trial.”

National Review (a conservative magazine!): “Reagan’s image remains inchoate.… At the outset of his campaign, his image is largely that of the role-playing actor — pleasant on stage, but ill-equipped for the real world beyond the footlights. Reagan does not yet project the presidential image. He is not seen as a serious man.”

Pravda (the official newspaper of the Soviet Union): Reagan is a “dinosaur from the ‘cold war.’… It is strange that there are still fish in the sea that are tempered by this putrid bait.”

Not to be outdone, here are the assessments of Reagan by the Republican elites of his day.

The Ripon Society: “The nomination of Ronald Reagan would McGovernize the Republican Party.”

Vice President Nelson Rockefeller dismissed Reagan as “a minority of a minority” who “has been taking some extreme positions.”

New York’s Republican Senator Jacob Javits: Reagan’s positions are “so extreme that they would alter our country’s very economic and social structure and our place in the world to such a degree as to make our country’s place at home and abroad, as we know it, a thing of the past.”

Illinois Republican Senator Charles Percy said Reagan’s candidacy was “foolhardy” and would lead to a “crushing defeat” for the Republican Party. “It could signal the beginning of the end of our party as an effective force in American political life.”

Former President Gerald Ford: “I hear more and more often that we don’t want, can’t afford to have a replay of 1964.” If the Republican Party nominates Ronald Reagan “it would be an impossible situation” because Reagan “is perceived as a most conservative Republican. A very conservative Republican can’t win in a national election.” Asked if that meant Ford thought Reagan can’t win, Ford replied to the New York Times: “That’s right.” The Times story went on to observe that Ford thought “Mr. Reagan would be a sure-loser in November” and that Reagan held “extreme and too-simple views.” 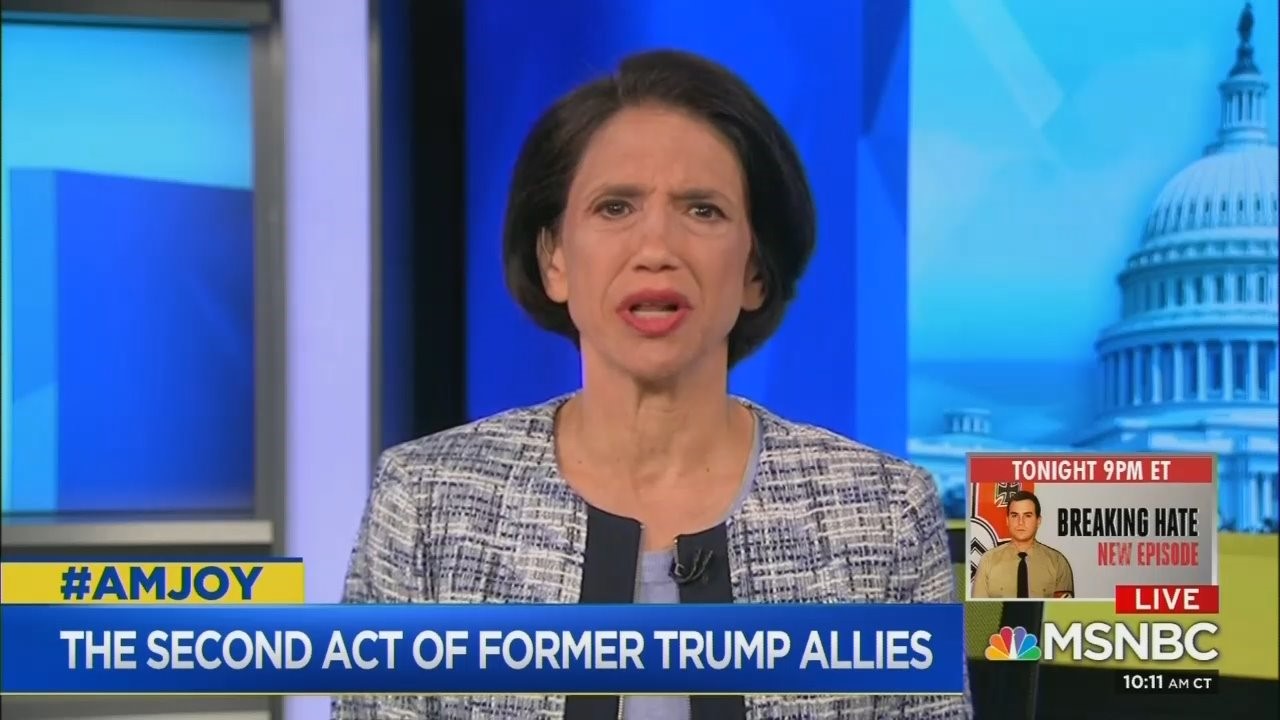 In other words? What Jennifer Rubin and her fellow Never Trumpers in the media and the GOP are saying is the same-old, same old elitist bunk that was said decades ago by their long ago predecessors in the GOP elite and liberal -- sometimes even conservative! -- media.

It is the reflexive Establishment elitism, replete with the always accompanying sense of moral superiority that has, when in charge, all resulted in lost or unnecessarily close elections for Republicans (Ford, both Bushes, McCain and Jennifer Rubin’s ideal candidate Mitt Romney.)

Worse, Rubin is embracing a Democratic Party that is awash in anti-Semitism and the flat-out racism of identity politics, the latter well-in-tune with the culture of a party that was a vigorous supporter of those two original practices of identity politics -- slavery and segregation. And Rubin thinks the GOP should be burned to the ground? Really?

The real news in the opposition to President Trump and his supporters - the latter reaching 90% in a recent Marist poll - is that the Democratic Party has turned its back on blue collar and working Americans, once the backbone of FDR’s New Deal Democrats and John F. Kennedy’s New Frontier Democrats. And the media organize cheers.

In fact, this trend began most noticeably in the Nixon era, when the Far Left made its move to reshape the Democratic Party and the media of the day cheered it on. Nowhere was this more vividly demonstrated then in a  clash between union hard hats and student anti-Vietnam War protestors in May of 1970, with angry union members storming New York’s city hall to raise a lowered American flag that had been flying at half-staff to mourn the death of four student protestors shot to death in a Kent State University protest in Ohio.  Not long after came this protest by union members, with the Associated Press reporting:

As time moved on these blue collar workers morphed into what became known as “Reagan Democrats” - and the media were not fans. If anything, the divide has gotten wider since Reagan days.  By now this very same slice of the electorate has responded enthusiastically to Donald Trump. And now, as then with Ronald Reagan, media and GOP Establishment elites like Jennifer Rubin have found it impossible to hide their contempt.

Jennifer Rubin is hardly alone in this moral preening. CNN’s Don Lemon just the other night insisted to colleague Chris Cuomo that Trump supporters shouldn't be invited on CNN air. “I don’t think people need the space to promote propaganda and lies,” Lemon said, pointedly. “I think that’s a disservice.”

Mind you this comes from a CNN anchor whose network devoted an entire show to a townhall with the now infamously lying and leaking ex-FBI Director James Comey. Not to mention the network has hired Comey’s Deputy Director Andrew McCabe as a CNN contributor.  That would be the very same Andrew McCabe who, according to news reports  is precariously close to being indicted for…yes indeed…lying under oath.

Not to mention, speaking of propaganda, that CNN (and others) have spent the last two years pushing the conspiracy theory that Donald Trump colluded with Vladimir Putin to get elected. Something, of course, that the much-hyped Mueller report failed utterly to prove. Because it was not a fact. Or, in the more colorful words of New York Times Executive Editor Dean Baquet to his staff: “Holy shit, Bob Mueller is not going to do it.”

Was there an apology for all the “propaganda and lies” spread by the mainstream media in search of this particular holy grail of upending the Trump presidency? Was there a boat load of “mea culpas” - or even just one “sorry we have spent over two years propagandizing and lying to our audience about Trump-Russia collusion and we need to admit: we got it wrong” ?

Are you kidding? The Leftist State Media just sails right on to the next “story” without so much as a by-your-leave.

If Ms. Rubin wants to go about “shaming” people as “a statement of moral indignation” because “these people are not fit for polite society”? Here’s a suggestion.