The Media’s Fake News Reporting on the Fourth of July, Presidents, and Tanks 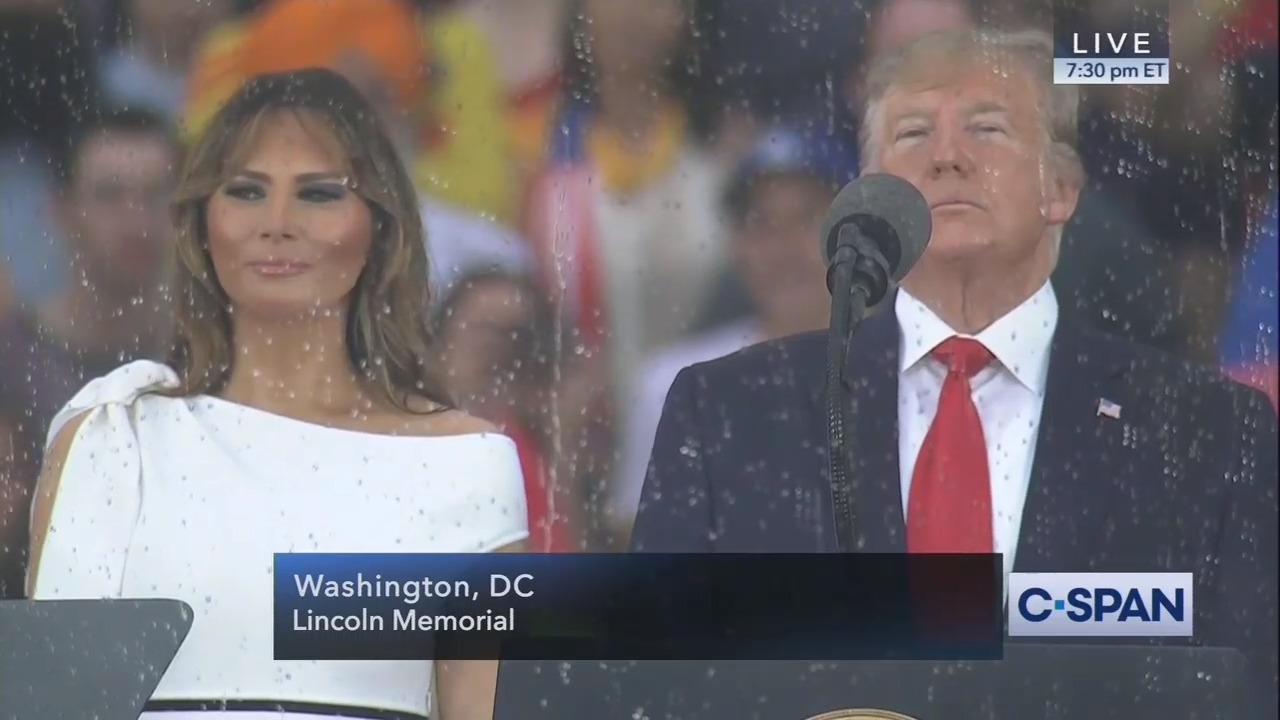 I have to admit it is breathtaking.

There is one media figure after another simply making up American history from scratch. In particular the history of presidents speaking to the nation on the Fourth of July, not to mention the presence of tanks and other military hardware at national celebrations in Washington.

MAJOR GARRETT - CBS: Fourth of July has been a tribute to universal American themes, a star-spangled civic hymn. This year, by design, it will be much more about (pause) him.

JAKE TAPPER- CNN: The president will also break with tradition and address the nation directly!

JEN PSAKI- CNN: What President Trump is trying to do here is use the men and women who are serving as political props!

MICHAEL STEELE- MSNBC: We have never had to prove our patriotism by rolling out planes and tanks. I find this to be offensive.

CHRIS MATTHEWS-MSNBC: What do big tanks got to (cough) do with it?

ERIC SWALWELL- Congressman and presidential candidate: It’s just not who we are as Americans. We don’t thump our chest, put tanks in the streets, fly jets over The Mall.

JOY REID- MSNBC: It’s always a threat when you roll out your military!

LEON PANETTA-Ex Obama Secretary of Defense: We have never had to display that power to the world in order to prove it. Roll tanks down the street…

ANAND GIRIDHARADAS- Time magazine: Tanks rolling, being trucked into Washington to have a military parade that is inspired by Vladimir Putin and Kim Jong-un…

Where to begin to correct such a stunning display of historical ignorance?

The parade, they say, was “inspired” by Putin and Kim Jong-un? It’s un-American? Because there was tanks and military hardware?

Are they kidding me?

Back there in the mists of 2017, the Washington Examiner’s Becket Adams wrote this piece headlined: ”Trump isn't the first president to request tanks at his inauguration.”

Adams notes quite correctly that:

“Presidents Franklin D. Roosevelt, Dwight D. Eisenhower and John F. Kennedy each had military vehicles and equipment at their respective inaugurations in 1941, 1957 and 1961.”

Indeed, there are sharp, black and white photos of tanks stretched along Pennsylvania Avenue all the way back to the U.S. Capitol in the distance for FDR’s third inaugural in 1941. There are more tanks passing the Eisenhower reviewing stand in front of the White House on January 20, 1953. Then there is a Pershing Missile cruising Pennsylvania Avenue for JFK in 1961, with still more tanks passing the new President at his reviewing stand.

Not to be missed is this great video from C-Span in June of 1991 in which tanks roll down Constitution Avenue while military jets and helicopters fly over Washington as part of President George H. W. Bush’s celebration of victory in the Persian Gulf War.

There is Eugene Robinson saying that “Presidents don’t speak at the Fourth of July!”

That would be another flat untruth. As a young Reagan aide in 1986, I personally attended the Fourth of July ceremonies in New York that marked the centennial of the Statue of Liberty. And here is President Reagan addressing the nation that night from the battleship USS Iowa smack in the middle of New York Harbor.

Here is President Kennedy --- in no less a newsreel --- from the day addressing the nation from in front of Independence Hall in Philadelphia with thousands in the surrounding area to listen.

Here is President Gerald Ford speaking at a bicentennial celebration held at the Kennedy Center on July 3, 1976.

Here is President Obama, speaking to the nation from the balcony of the White House in 2009.

And here is President Bush 43 being heckled as he addresses the nation from the front steps of Thomas Jefferson’s Monticello in Charlottesville on July 4, 2008.

One could go on - and on and on --- with these kind of clips of presidents speaking on the Fourth of July.

Yet there was Eugene Robinson looking the MSNBC camera in the eye and saying “Presidents don’t speak at the Fourth of July!” Actually, Mr. Robinson, they do --- and they have been doing it for a very long time.

The real question here is why go on television and say things that are so vividly, provably untrue in the age of quick Google searches?

Yes, Trump Derangement Syndrome for sure. But what amazes is the thought that either, 1) they have no idea of actual American history, or, 2) they do know but are willing to go on television anyway and just pretend that this particular history never happened - and that the rest of us will believe them.

Either way, all this fuss over President Trump’s Fourth of July speech and the presence - again - of military tanks and planes in and over the nation’s capital has unintentionally put a spotlight - again - on just how fake the fake news really is.

Not a good look.