Media Wish Trump Would Just Shut Up and Take Their Abuse 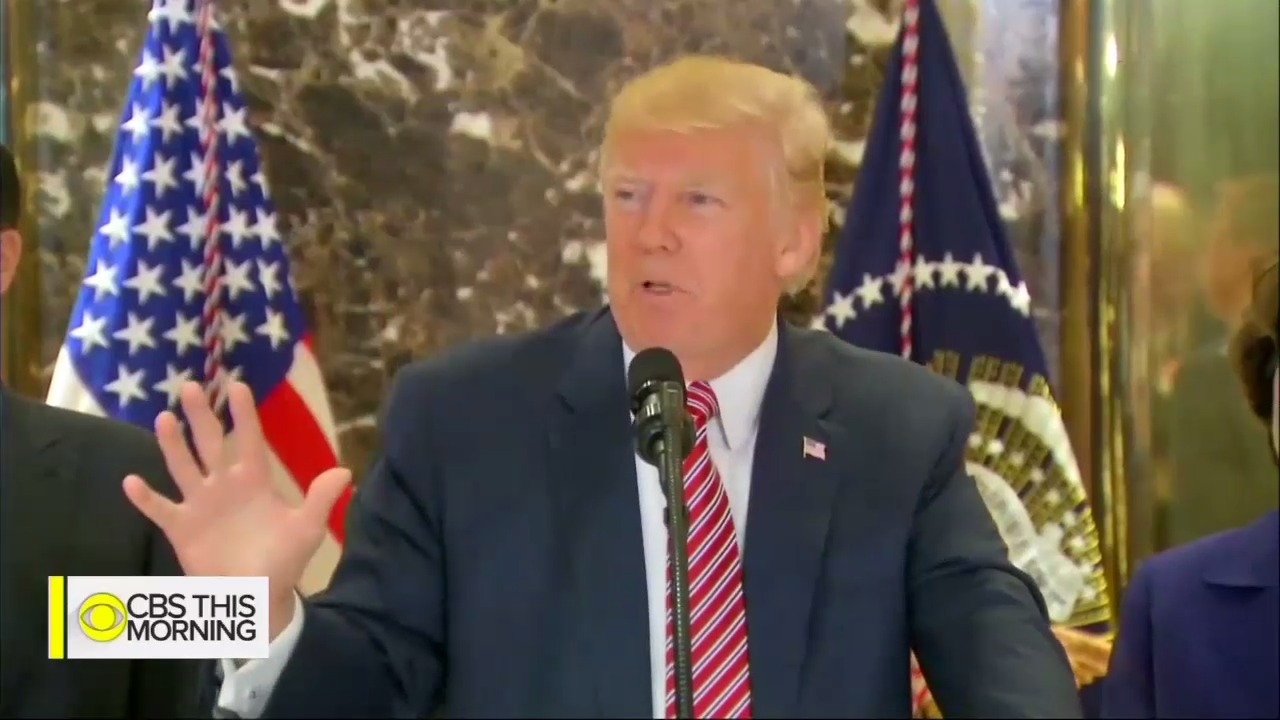 The other day, our NewsBusters colleague Tim Graham, co-author with our colleague Brent Bozell of Unmasked:  Big Media’s War Against Trump, was on Fox and Friends to discuss the media and the President. Along the way was this back and forth with host Brian Kilmeade:

BRIAN KILMEADE: Tim, real quick. You think the media has a war against Trump in particular. Real quick, why Trump? What is it about him?

GRAHAM: Well, for one, I mean, he has always been pretty hostile to them and calling them out as fake news. I think it's because he doesn't observe any of the rules that they have sort of established. Right? I mean the John McCains' and the George Bushes' all followed the rules. And they can't stand that he doesn't play by the rules they have created.

Tim was 100 percent accurate. And without doubt, the now-President Trump has kept his word exactly. And as Graham noted, the press is furious because Trump doesn’t play by the old rules that the press had for Republicans.

Recall that the press loved moderate Republican Mitt Romney - until it became clear he would win the GOP nomination. At the time Romney was thought to be a serious challenge to the media’s liberal favorite, President Obama. So what to do but start trashing Romney.

Suddenly, moderate Mitt attacked a gay kid while in high school, was cruel to his dog by putting the dog in his cage on the roof of the family car on a vacation trip. And as if this wasn’t cruel enough, it was supposedly Romney who was responsible for a company take over of a steel company — then cutting off the health care for the dying wife of a steelworker.

Four years earlier, John McCain, once a media darling, won the GOP nomination. Suddenly there was a front page New York Times story accusing McCain of an affair with a woman lobbyist. It was false — but that didn’t stop the media from running with it.

CBS News: “McCain Denies Allegations of a Relationship with Iseman”

The Guardian: “The Real McCain: Paul Harris uncovers the dark side of John McCain.”

Suffice to say that Trump was well aware of the media treatment dished to Romney and McCain. And he made it crystal clear that he wasn’t going to take that kind of treatment lying down. The President’s push back against Big Media has without doubt made an impact. This week there was this story over in Axios: “Poll: Americans view fake news as a bigger problem than terrorism.”

Americans view made-up news and information as a bigger problem than other critical issues, including terrorism, immigration, climate change and racism, according to a new survey from Pew Research Center.

Why it matters: The survey finds that Americans feel more worried today about fake news because it's undermining their trust in key institutions, like government and the media.

This, I would suggest, is a very big deal. Trump has kept his 2014 vow to the letter as both candidate and president. And to the inevitable fury of the media, the American people have gotten the message. Now there is one story after another out there with headlines like this right here in NewsBusters: “CNN Sucks: Primetime Ratings Down 26 Percent, While Fox News Dominates.”

That story linked to this one over in Forbes that headlined: “CNN Drops 26% In Prime Time As Fox News Dominates April Cable Ratings.”

Will the media change its ways? Despite some favorable coverage of the Trump D-Day visit, the betting here is no.

The hard reality here is that for the card-carrying members of the Left their political ideology almost always comes before whatever their job is. Which accounts for the fact that, for example, whether journalists, lawyers or teachers they use their jobs to push the leftist agenda of the moment. In the case of the media, that means the war on Donald Trump will continue.

Because they just can’t help themselves. And seriously bad ratings be damned, they simply don’t care.