Fake News Blows Up on Journalists Again; Where Are the Apologies? 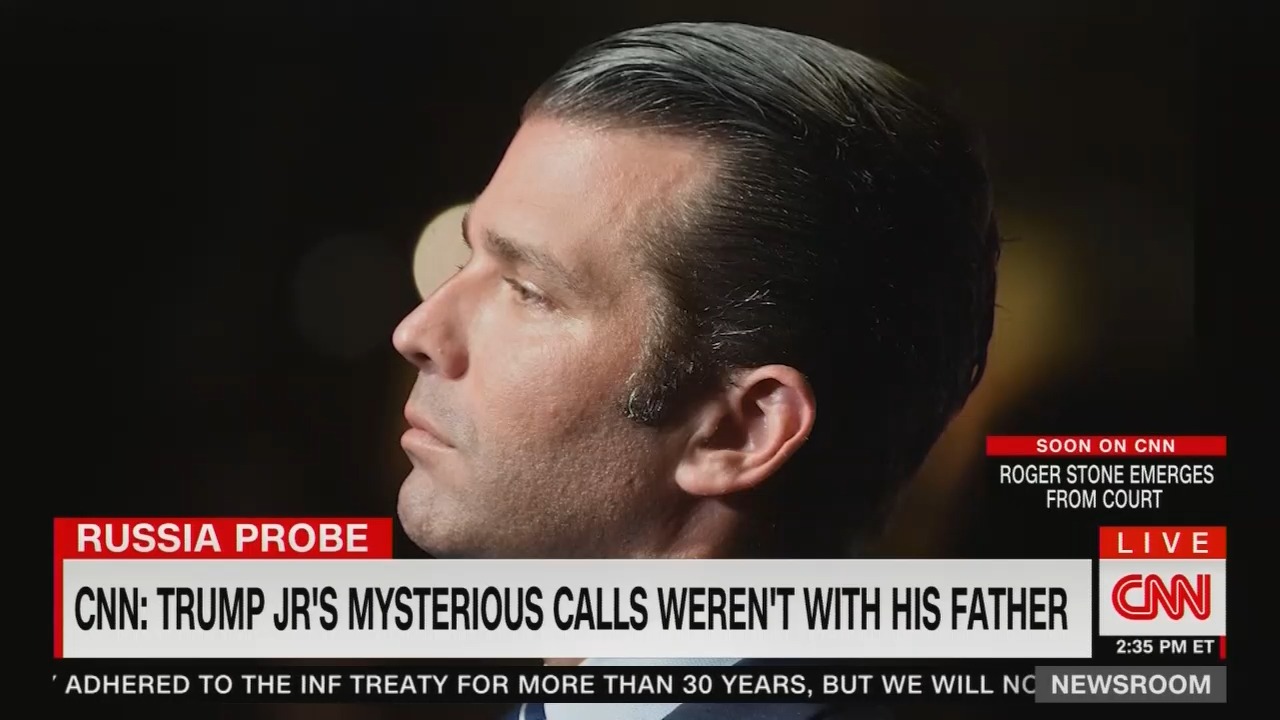 One can only wonder at this point. Does the liberal media have any idea - any idea at all - as to how much they are damaging their own credibility?

The latest case in point: the phone calls Donald Trump Jr. made in the wake of the now-famous Trump Tower meeting with a Russian lawyer in 2016. Samples include stories like this from 2018:

Trump Jr. calls a blocked number: Trump Jr.'s phone records also show a "blocked" number in between the two calls to Agalarov for four minutes, as well as an 11-minute call in the evening following the second Agalarov call, according to the Judiciary Committee Democratic report. Trump Jr. testified to the House Intelligence Committee he did not know who the number belonged to.

Democrats have speculated that the number could be Trump Jr.'s father, as committee Democrats noted in their report: "Corey Lewandowski told the Committee that Mr. Trump's "primary residence has a blocked [phone] line.”

Today's talker: Trump Jr.'s call to a blocked number could help build an obstruction of justice case against his father

When we look back on the scandals of the Nixon administration, and the evidence that ended that presidency, the conversation still often focuses on those 18.5 minutes of missing tape. When future historians discuss the Trump administration, they may very well focus on an 11-minute conversation Donald Trump Jr. had with a blocked number.

The first question that arises is who Trump Jr. was speaking with. The obvious suspect for that blocked call is his father, Trump the candidate, whose private residence at Trump Tower has a blocked number, according to subsequent testimony from Corey Lewandowski. Trump
was in New York at the time. 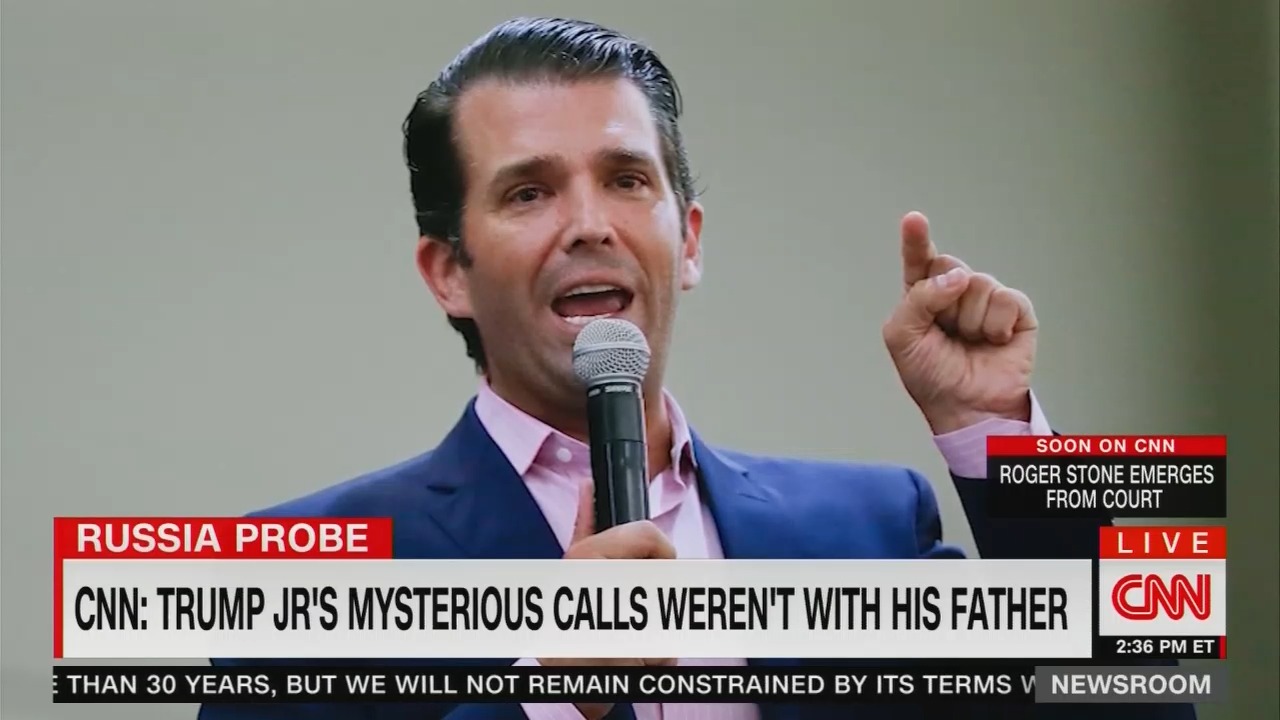 ‘Blocked’ Number Democrats on the House Intelligence Committee, though, said Trump Jr. was in contact with a “blocked” number while he was in the midst of arranging the Trump Tower meeting with a Russian contact, Emin Agalarov. When asked about that, the younger Trump testified he didn’t know whose blocked number that was.

Trump’s primary residence at the time — Trump Tower — had a blocked number, according to separate testimony to the committee from former campaign manager Corey Lewandowski.

Did Trump know about the meeting beforehand?

Trump, Trump Jr. and White House spokeswoman Sarah Huckabee Sanders have all said that the president did not know about the meeting beforehand. Critics also point to several inconvenient facts surrounding the meeting.

Democrats noted that Trump Jr. called a blocked number in between two phone conversations about the meeting. Trump Jr. testified before the Senate Judiciary Committee that he did not remember who he spoke to at that time, but others testified that President Trump has used a blocked line.

(Democratic Congressman Adam) Schiff, who is expected to head the House Intelligence Committee after Democrats take control of the chamber in January, told USA Today, in a story published Tuesday, that the committee could call more witnesses and investigate the call Trump Jr. made to a blocked number.

…According to Schiff, Republicans opted not to investigate the phone records.

“Republicans refused to look at the phone records so that we could find out, because they were afraid of what the answer might be,” Schiff said.

There are more stories out there like these, but the point is clear. The liberal media —  led like poodles by Adam Schiff —  were convinced they had the goods on Don Jr. — and his father as well. Without a doubt, they wanted everyone to know,  those blocked calls of Don Jr.’s were to his Dad. Making of the President a liar and impeachable. And now? Yet again, when all the facts are out, these stories were classic fake news. Here are the headlines now:

From the New York Times:

WASHINGTON — Democrats have long stoked suspicions about whether President Trump knew his son met with Russians offering dirt on Hillary Clinton during the 2016 campaign, pointing to phone calls that Donald Trump Jr. received from a blocked number around the time of the meeting.

New evidence obtained by Senate investigators appears to have refuted that claim, according to two people briefed on the matter. The investigators have phone records showing that Donald Trump Jr. spoke with two family friends who used blocked numbers — Brian France, the chief executive of Nascar, and the investor Howard Lorber — as the meeting was being set up, according to the people.

From the Washington Post: “Blocked calls with Trump Jr. around Trump Tower meeting were not with his father, Senate investigators conclude.”

In other words? Oops. Never mind. Sorry about that.

Actually, there was no “sorry about that” from all these and other outlets that spent their time trying to convince Americans that Don Jr. had lied through his teeth and that those “mysterious” blocked calls were really with his father - aka the now-President of the United States. And if there’s one thing I can guess with a fair estimation of accuracy, neither Don Jr. nor the President are waiting around for apologies from the outlets that ran with this fake news story.

What will happen - yet again - is that having made a mistake, having been caught yet again - in the act of running with fake news, the various outlets in question will simply ignore the whole thing and not spend a nano-second apologizing to either Don Trump, Jr. or the President.

Instead, what will happen is the kind of thing that happened in the Oval Office just this last week when the publisher of the New York Times took the opportunity of a sit down with the President to lecture him on his repeated callouts of fake news. The Times wrote up the story here and it included this from publisher A.G.Sulzberger as reported by the Times:

“We’re seeing leaders of journalistic organizations saying very directly that governments feel like there is a climate of impunity that’s been created,” the publisher said. “You know the United States and the occupants of your office historically have been the greatest defenders of the free press.”

…“The effects are not just being felt with the outlets who you feel are treating you unfairly,” he said. “They’re being felt all over the world, including folks who are literally putting their lives on the line to report the truth.”

“I understand that,” Mr. Trump replied before pivoting, once again, to complaints about how he has been covered.

There was more. But what is striking here - yet again - is that with conservative media under relentless attack because of organized campaigns to intimidate advertisers with the goal of silencing various Fox News hosts or talk radio commentators, the publisher of the New York Times is stone cold silent about that threat to a free press. The problem is completely ignored. There are no infuriated editorials, no in-depth investigative reports about how the shut-down campaigns work and why they are wrong.

All of which leads to a bluntly obvious point. The liberal media - in this case the New York Times — cares about a free press only when the President attacks them for fake news. But when the shoe is on the other foot and the subject of serious attacks designed to shut down conservative media or remove a Fox television anchor is on the table - silence.

In other words? The message from all those fake news stories about Don Trump Jr. and the lack of apologies to both the president’s son and the White House is…..the outlets that ran these stories ran fake news, they have been outed (again!) and they simply could not possibly care less.

And as with the Times publisher’s silence on the assaults on the free press rights of conservative media - there is no apology for that either.

The real object, in both cases, is to get the President, get his son, and get anyone out there in the media who supports them.