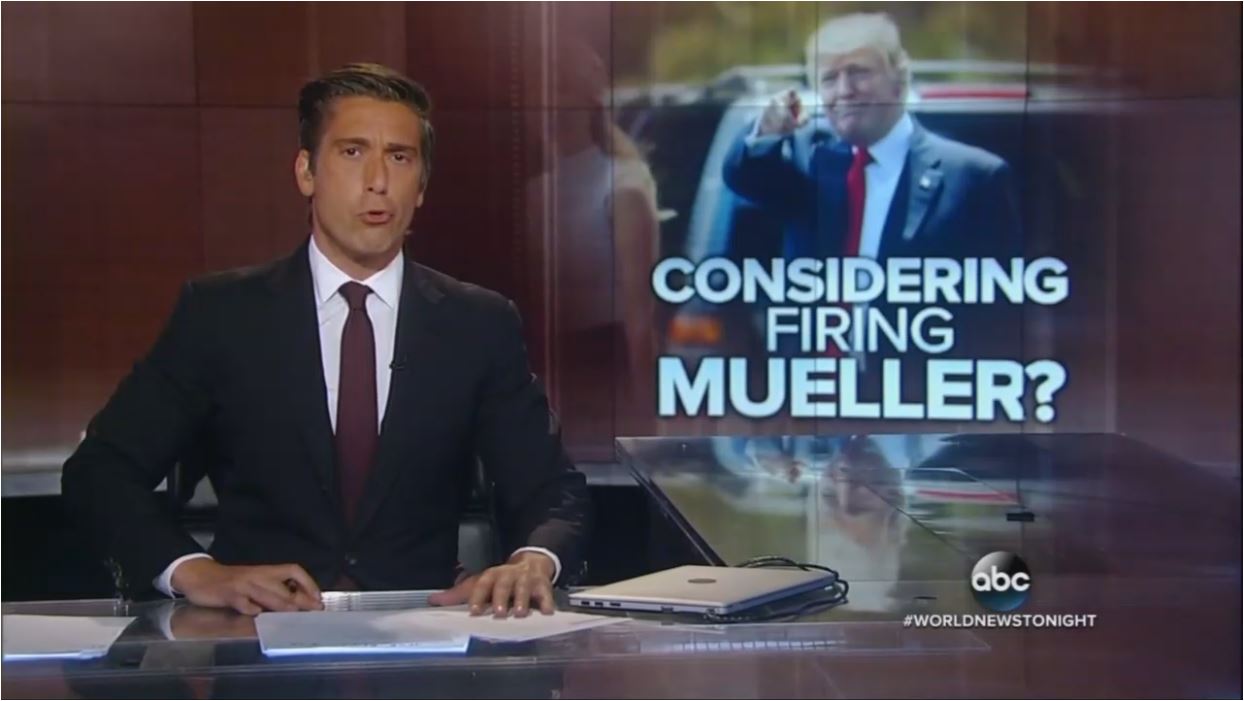 They just hate the guy. Unless and until they love the guy.

The guy we speak of here is whomever happens to be investigating the President of the United States. Call him a Special Prosecutor, an Independent Counsel, a Special Counsel. Whatever. And the “they” in question is, but of course, our friends in the mainstream media.

Recall the tale of Archibald Cox? He appointed to investigate the hated President Richard Nixon in the matter of Watergate? Nixon was so angered at Cox’s intrusive ways that he made the bold move to fire the Harvard law professor and longtime friend of his arch enemies the Kennedys on one fine fall Saturday night. The result? Introduction into the American political vocabulary of the word “firestorm” and the description of the resulting angry resignations of both the attorney general and deputy attorney general of the United States as the “Saturday Night Massacre.”

Endless hours of pre-cable TV news and gallons of ink from the New York Times and Washington Post poured forth a torrent of unmitigated wrath at Cox’s firing. The man was a saint, you see. And you never, ever, attack a Special Prosecutor/Independent Counsel/Special Council. So loud was the outcry that Nixon was forced to go along with the nomination of a successor to Cox —  a successor who eventually closed in on the President with a “smoking gun” tape that forced the first presidential resignation in history.

And so it went through the rest of the ‘70s and ‘80s as special prosecutors with endless funds and time had their Republican president-chasing ways blessed if not anointed by the media. Then came Ken Starr.

Mr. Starr entered upon his investigation of a Bill and Hillary Clinton real estate deal as a legal beagle of pristine integrity. If not the liberal Archibald Cox, his conservative reputation was spotless. As the New York Times noted, Starr had “built a prestigious career as an attorney, appellate judge and solicitor general under President George H. W. Bush.” But then? But then came the usual special prosecutor mission creep of the type that drove Nixon crazy and which the media up until that point loved. What began as a look at some Clintonian real estate shenanigans in Arkansas morphed into a look at Clintonian shenanigans in the White House that were distinctly and vividly sexual. And suddenly?

Suddenly the media lost its taste for this Special Prosecutor/Independent Counsel/Special Counsel. It made no difference that the media itself had a few years earlier professed outrage at then-Judge Clarence Thomas’s alleged behavior in making crude remarks to Anita Hill. When it was Thomas under the microscope the media lectured that “women tell the truth” and sexual harassment was serious business. But Bill Clinton? This was a Democratic President. A liberal star married to a liberal star, wife Hillary. Abruptly the media changed its mind not only about sexual harassment (it was now excused as being “only about sex”) but the job of Special Prosecutor/Independent Counsel/Special Counsel.

Now, the guy with the investigators and endless pursuit of the truth was a villain. It was not only A-OK to attack him it was demanded. So open season it became. Starr, it would say in the Times, “appeared like the Cotton Mather of his time: a prurient, punishing Puritan — a reputation that was hard to shake.”  Thus the relentless media trashing of Ken Starr began, with a quite visible assist from the Clinton White House and its allies. And the media not only never blinked they pitched in.

But times change. And when the Bush 43 administration found itself targeted with a special prosecutor to investigate who had revealed the identity of a CIA agent whose husband was a Bush critic? This the media loved - and its love affair with the guy (Patrick Fitzgerald) assigned to investigate Vice President Dick Cheney and and Karl Rove and finally nail vice presidential aide Scooter Libby ( for a crime of leaking that he in fact didn’t commit) was once again hot and heavy.

But now? Once again the media has made a saint of the newest sheriff in town - Robert Mueller.  We are back to square one. The notion that President Trump might actually fire Mueller has launched a cascade of indignation that amounts to a warning he should do no such thing - or the media will make a Nixon out of him. To underscore their intention, the Times published an op-ed from one Peter M. Shane, who teaches constitutional and administrative law at Ohio State University’s Moritz College of Law. Shane’s headline:

The good professor says in part:

The latest attention-grabbing trial balloon to be floated by a White House staffer or apparent surrogate for President Trump is the suggestion by Christopher Ruddy, a longtime friend of the president, that Mr. Trump is 'considering, perhaps, terminating' Robert S. Mueller III, the special counsel appointed to investigate the Trump campaign’s links to Russia.

President Trump cannot legally do so.

Authority to appoint Mr. Mueller landed with Rod J. Rosenstein, the deputy attorney general, because Attorney General Jeff Sessions recused himself last March from the Russia probe. In appointing special counsel, Mr. Rosenstein was exercising authority that Congress had given the Justice Department by statute. The Justice Department, in turn, issued implementing regulations in 1999 specifically to govern such appointments. Those rules provide that a special counsel is appropriate when a criminal investigation is warranted but presents a conflict of interest for the department.

Under these rules, only the attorney general — or, in this case, the deputy attorney general — may remove a special counsel. He may do so only ‘for misconduct, dereliction of duty, incapacity, conflict of interest or for other good cause.’"

In other words? In other words this is a media shot across the presidential bow that warns: Don’t even think about it. And just to make sure the point is crystal clear, Shane ends by saying sternly:

“Following through (with Trump firing Mueller), as with the Saturday Night Massacre, would only provide fodder for his own removal.”

Message to President Trump from the liberal media: You can’t do it so don’t try it. Don’t even think about it as you so obviously are. And if you do do it we will make the Nixon firing of Cox look like a piker, a veritable Sunday School picnic compared to what we will do to you.

So what do we have here? What we have is a gigantic media double-standard on special prosecutors. If the name of the President is Nixon or Reagan or Bush or Trump - special prosecutors are the legal equivalent of a saint. Great guys, fabulous lawyers on a mission to do good and banish evil. Do not, repeat do not, say a bad word about them,

If the name of the president is Bill Clinton? Then its open season on the special prosecutor. There isn’t enough ink and air time to trash Ken Starr.