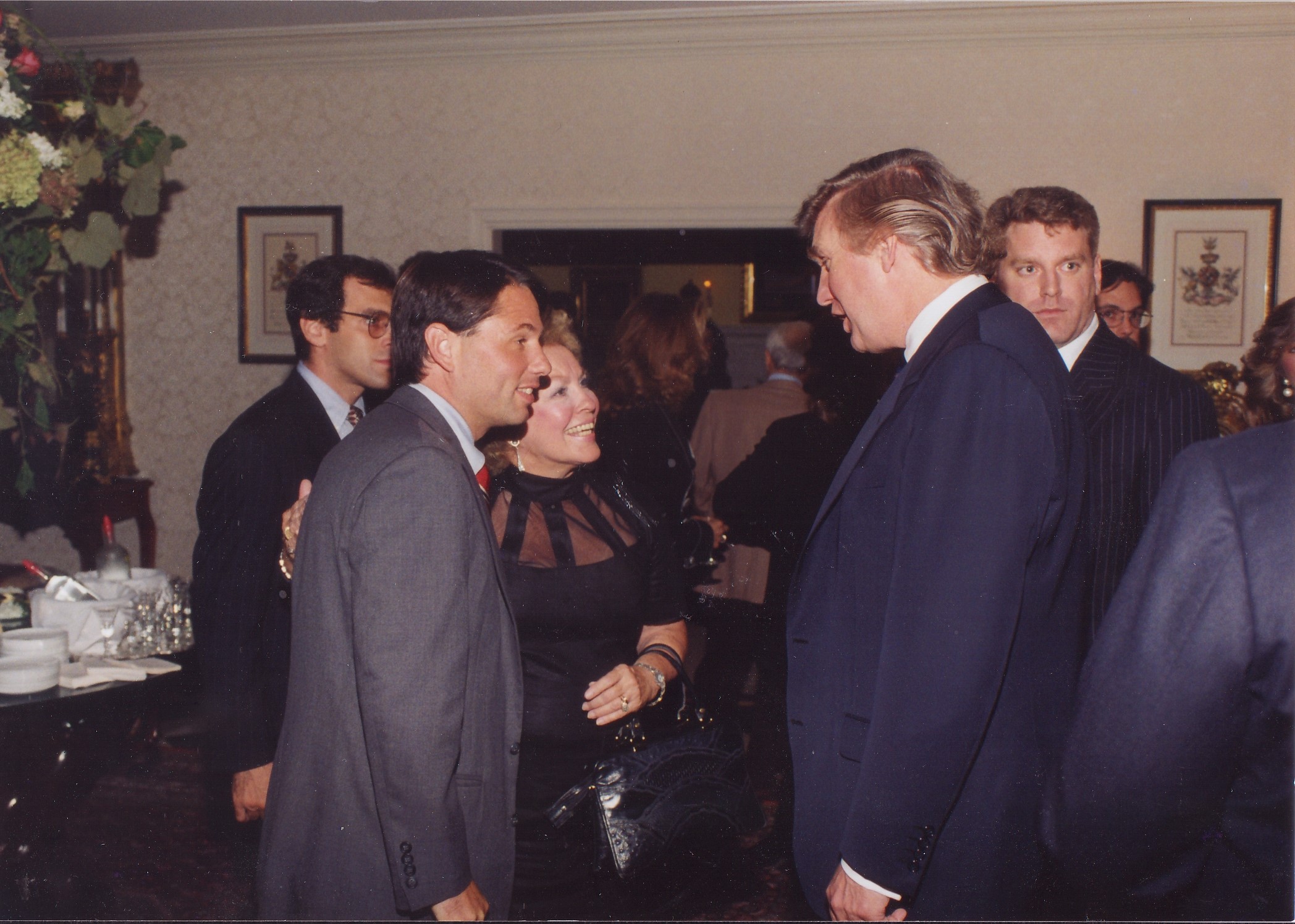 The photo is as instructive as its meaning is ignored.

Taken in October, 1994, I recognized everyone. There is the late Pennsylvania Republican State Committee chairwoman, Ann Anstine. Just behind her stands a friend who in the day was a staffer for then-GOP Senator Arlen Specter. At the center of the photo is Bruce Marks -then a young Republican State Senator for whom all the others are present as this is a Marks campaign fundraiser that also headlined gubernatorial candidate Tom Ridge. And there is one other person in the photo, front and center with the young Senator Marks. That would be Donald Trump.

Why is the photo significant? As now-former Senator Marks reminded me, in the day he was dead center in a sensational scandal over voting fraud in Philadelphia. The story was a big one in the Philadelphia of the day. Young Bruce Marks, a Republican,  had run for a state senate vacancy in the City of Brotherly Love the previous fall of 1993. He lost a very narrow race to a Democrat named William Stinson. But there was something fishy about the loss. An investigation was had. Marks took Stinson to federal court. And finally, after his case was argued in the US Third Circuit Court of Appeals, a decision came down that said, in part, this:

“After an evidentiary hearing on the plaintiffs' motion for a preliminary injunction, the district court in this case found that certain officials responsible for conducting an election in the second senatorial district of the Commonwealth of Pennsylvania had conspired with one of the two candidates to cause numerous illegally obtained absentee ballots to be cast.” 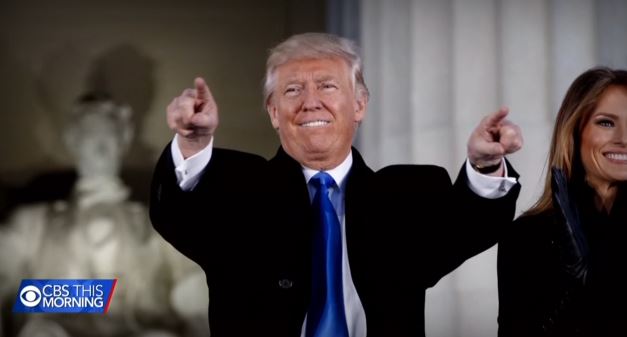 Translation? Marks tell me this:

“(Federal) Judge Newcomer issued two extensive opinions….detailing the massive fraud – not only absentee ballots, but in person voting as well (ringing people in who no longer were around and in two cases dead).  The Readers Digest did a story on one of the dead voters; she immigrated from Poland after WWII, had a family, became a citizen, was so patriotic that she continued to vote after she died.

After I was elected, I proposed making it illegal to vote if you were dead for more than two years (four years in Philadelphia), but never got Democrat support.”

In other words, the Election Commissioners in the City of Philadelphia gave absentee ballots - by the hundreds - to Stinson campaign workers. Not to requesting voters, but to campaign workers. Workers who then proceeded to fill out the ballots for their candidate - which is to say forging them - and then handing them back to the Election Board. The entire operation was rigged from start to finish. So appalled was the federal judge that he issued a ruling that forced the “winner” out of his Senate seat and replaced him in the Senate with Bruce Marks. And, as Mr. Marks has now reminded me, one of the players in this little drama was none other than Donald Trump himself, with Trump personally flying in to Philadelphia in his now-famous black helicopter with his name emblazoned on it and then wife Marla Maples at his side. With Trump contributing to the Marks campaign and learning about the whole rigged election business in person from Marks himself.

Why bring this 23 year old story up now? Because among other things it illustrates that Donald Trump was long ago introduced to the world of voter fraud. So astonished was he that he wrote a check for the Marks campaign and made a point of having Marks detail the entire story to him personally. Which in turn sheds some light on just why now-President Trump believes that 2-3 million illegal immigrants cast votes for Hillary Clinton, causing him to lose the popular vote.

Let’s be clear: The media is in full throated cry that Trump’s numbers are ridiculous. There is no voter fraud one outlet after another insists. But in fact the truth here is that the media is avoiding the reality that no one- say again no one - knows how many fraudulent votes were cast in this election. And the media studiously ignores the work of those who insist that yes, in fact, not only is there voter fraud but that fraud includes votes from non-citizens of the United States.

Over at Fox News, John Fund and Hans von Spakovsky, co-authors of  Who's Counting?: How Fraudsters and Bureaucrats Put Your Vote at Risk , have yet again tackled the subject in this piece titled: "Why Trump's probe of voter fraud is long overdue."

They write, in part:

“President Trump has announced that his administration will be launching a major investigation of voter fraud, including those who are registered in more than one state, “those who are illegal” and those voters who are dead but still registered. This followed a media firestorm in which the New York Times and others called Trump’s assertion a “lie.”

…The real problem in our election system is that we don’t really know to what extent President Trump’s claim is true because we have an election system that is based on the honor system.

What we do know, despite assertions to the contrary, is that voter fraud is a problem, and both sides of the political aisle should welcome a real investigation into it -- especially since the Obama administration tried so hard for eight years to obfuscate the issue and prevent a real assessment.

…There is no question that there are dishonorable people who willing to exploit the loopholes in our honor system.

An undercover video released in October by the citizen-journalist group Project Veritas shows a Democratic election commissioner in New York City saying, “I think there is a lot of voter fraud.”

A 2013 sting operation by official New York City investigators found they could vote in someone else’s name 97 percent of the time without detection.

A second O’Keefe video showed two Democratic operatives mulling how it would be possible to get away with voter fraud.

They were both fired.

How common is this? If only we knew. Political correctness has squelched probes of noncitizen voting, so most cases are discovered accidentally instead of through a systematic review of election records.

The danger looms large in states such as California, which provides driver’s licenses to noncitizens, including those here illegally, and which also does nothing to verify citizenship during voter registration.”

In the immediate aftermath of the election, and well before Trump was sworn in and announced his investigation, the pair had headlined this in the Wall Street Journal:

There’s no way to know. But the evidence suggests that significant numbers of noncitizens cast ballots.

“Donald Trump ’s claim that illegal voting may have cost him a popular-vote majority has touched off outrage. Widespread voter fraud, the media consensus suggests, isn’t possible. But there is a real chance that significant numbers of noncitizens and others are indeed voting illegally, perhaps enough to make up the margin in some elections.”

And back in 2014 John Fund wrote a solo piece for National Review Online: "Non-Citizens Are Voting."

“For example, Colorado’s Republican secretary of state, Scott Gessler, unveiled a study in 2011 showing that almost 5,000 illegal aliens cast votes in the U.S. Senate election in that state in 2010.

In 2005, the U.S. Government Accountability Office found that up to 3 percent of the 30,000 people called for jury duty from voter-registration rolls over a two-year period in one of the 94 current U.S. district courts were non-citizens.

In 2012, a local NBC station in Fort Myers, Fla., found that at least 100 individuals in one county had been excused from jury duty because they were not citizens but were registered to vote. Hinako Dennett, who is not a citizen, told the station that she voted ‘every year.’

A 1996 congressional race in California may have been stolen by non-citizen voting. Democrat Loretta Sanchez won by only 979 votes, and an investigation by the House Committee on Oversight turned up 624 invalid ballots cast by non-citizens who were on federal immigration records, along with 124 improper absentee ballots.”

There’s more, but of course. The Heritage Foundation did just a “sampling” of voter fraud across the country and cited the cases in chapter and verse. Convictions were handed down for non-citizens who voted, for fraudulent use of absentee ballots (for as many as 100,000 ballots in one case), for duplicate voting, voting in place as someone else using the other person’s name. The list goes on - and on. With names, dates, locations and the specific election involved.

In other words? Clearly this is a problem. Yet one media outlet after another is insisting there is no problem. Example? Here is the New York Times editorial board on the subject:

Why Does Donald Trump Lie About Voter Fraud?

“The long-running Republican war against the right to vote has now gone national at the instigation of President-elect Donald Trump, who has promoted the lie that millions of illegal votes were cast in the presidential election.

There is not a scintilla of evidence for this claim…”

Say what? There is a “Republican war against the right to vote”? And there “is not a scintilla of evidence for this claim…”?

Not to be blunt here, but it is the Times editorial board that is telling the big fib. As Fund and  Hans von Spakovsky have repeatedly demonstrated and as the Heritage Foundation illustrates in chapter and verse. And as Donald Trump found out there as long ago as 1994 when he attended that fundraiser for Bruce Marks.

But why? Why insist that the issue of voter fraud is a lie when there is all kinds of data out there that very effectively says otherwise. And in the case of the Heritage Foundation sampling, with names and specific crimes and convictions listed from states all across the country?

Doubtless part of the answer can be found in a recent column by Washington Post media columnist Erik Wemple. In a surprisingly candid piece (both from Mr. Wemple and his liberal paper) the column was headed: "Dear Mainstream Media: Why so liberal?"

In which Wemple admits that yes, indeed, the mainstream media has a diversity problem in the newsroom - with conservatives. All too frequently they just aren’t to be found. Thus there is no one around to challenge the conventional wisdom on the subject of the moment - in the case at hand, voter fraud.

And I would suggest in this corner this is precisely why a paper like the New York Times prints an editorial on voter fraud that is blatantly untrue. Yes, the paper can’t stand the new President. But if the new president were any other Republican and was calling for a voter fraud investigation to get to the bottom of the reality that is voter fraud you can take it to the bank that the Times and its liberal media brethren would be out there in full denial.

Which, in turn, is doubtless at least one reason why Donald Trump is today president of the United States - and why Trump’s chief White House strategist Steve Bannon sees the voting fraud denialist media like the New York Times not as a bunch of journalists but as activists for the opposition party.