Actual TIME Piece: 'How Difficult Would It Be to Impeach President Trump?'

TIME magazine published Wednesday an eye-rolling piece regarding the possibility President Donald Trump could be impeached. Among a choir of left-wingers calling for his impeachment, the article "How Difficult Would It Be to Impeach President Trump?"-- already shared over 2,000 times--featured a holistic approach underlying factors that may lead to the third ever presidential impeachment.

Written by Katie Reilly, the piece states one catalyst includes "impeachment talk would need to be taken seriously." Specifically, she cited concerns such as Trump's conflicts of interest, which have raised ethics questions. "Bush and Obama both faced idle impeachment threats that never amounted to anything," Reilly wrote. "People who now believe there's a serious case for impeaching Trump will have to overcome the reputation established by those who raise the specter of impeachment merely to demonstrate political opposition."

Another factor is that "critics would need to settle on one argument." For example, the piece mentioned numerous possibilities that may amplify the calls for impeachment:

Some of Trump's critics have argued that his business dealings are in violation of the Constitution's Emoluments Clause, which prohibits the President from accepting gifts from foreign leaders or governments. Others, including Waters, have argued that the ties between Russia and Trump's team are signs of wrongdoing. Christopher Peterson, a University of Utah law professor, maintains that the Trump University lawsuits provide grounds for impeachment and thinks there's already a "fairly solid" case to be made. 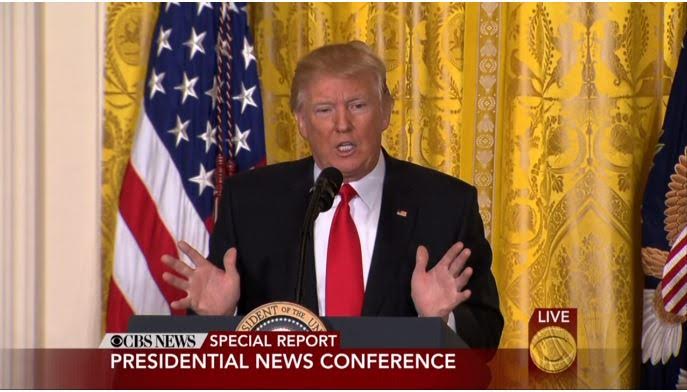 "But for Trump's opponents to realistically pursue impeachment, they would likely need to focus on investigating one offense and making a specific, formal accusation of wrongdoing," Reilly added.

Reilly also mentions that "there would need to be more evidence." She wrote, "Right now, arguments for impeachment are resting on potentially flimsy claims." The author acknowleged there is no evidence of collusion between the Trump campaign and Russia regarding influencing the election.

Two of the final three steps Reilly listed consisted of the impeachment procedure such as the fact the House of Representatives impeaches the President, while the Senate conducts the trial and possible removal of the Commander-in-Chief from the Oval Office.

The final step is "public support for impeachment": "Impeachment would probably need to be popular in order for Congress to act on it," the article stated. "Trump's approval ratings continue to be historically low for a new president, but it's not yet clear how Americans would feel about impeachment. A recent survey by the left-leaning Public Policy Polling found that voters were split: 44% support impeachment of Trump, while 45% oppose it."

Until there is irrefutable evidence that proves Trump violated the Oath of Office, maybe the Trump impeachment could stay muted.