Long overdue for a new category of Oscar award -- most convincing display of virtue signaling. Agreed, the competition would be fierce. Potential nominee -- Bradley Whitford, that actor who played Josh Lyman on The West Wing and who now overemotes for The Resistance every chance he gets.

There he was on HBO's Real Time with Bill Maher over the weekend, joining in the gnashing of teeth on the left over Justice Anthony Kennedy announcing his retirement from the Supreme Court and what liberals must do in response.

As tone-deaf suggestions go, one would be hard-pressed to find a better example than the one unctuously offered by Whitford --

MAHER [TO WHITFORD]: You look like you're dying to say something. (Whitford mimics rabid dog). What is it?

WHITFORD: I just want to say, I think Ben (alluding to author, columnist and Daily Wire editor Ben Shapiro, Maher's opening guest), it's a classic example of why we are where we are today. The right, for all their hypocrisy about small government, understands that politics is the way you create your moral vision. We on the left, we think it's culture. Culture helps but it doesn't get it done. They show up. He's (Shapiro) doing moral calisthenics over here because he wants the Supreme Court and he wants taxes and we need to project our political purity. And we don't vote the way they do, which is for the consequences of elections and that's why we're here and that can't happen again.

Who the hell actually says things like this? Shapiro's "moral calisthenics" -- which is Whitford's code for conceding that Shapiro prevailed against Maher earlier in the show (the full exchange seen here), followed by Whitford laughably claiming that liberals hold a monopoly on "political purity" -- a worldview previously espoused by such esteemed figures as Lenin, Mao and Che. And if liberals aren't voting for the "consequences of elections," why vote at all? 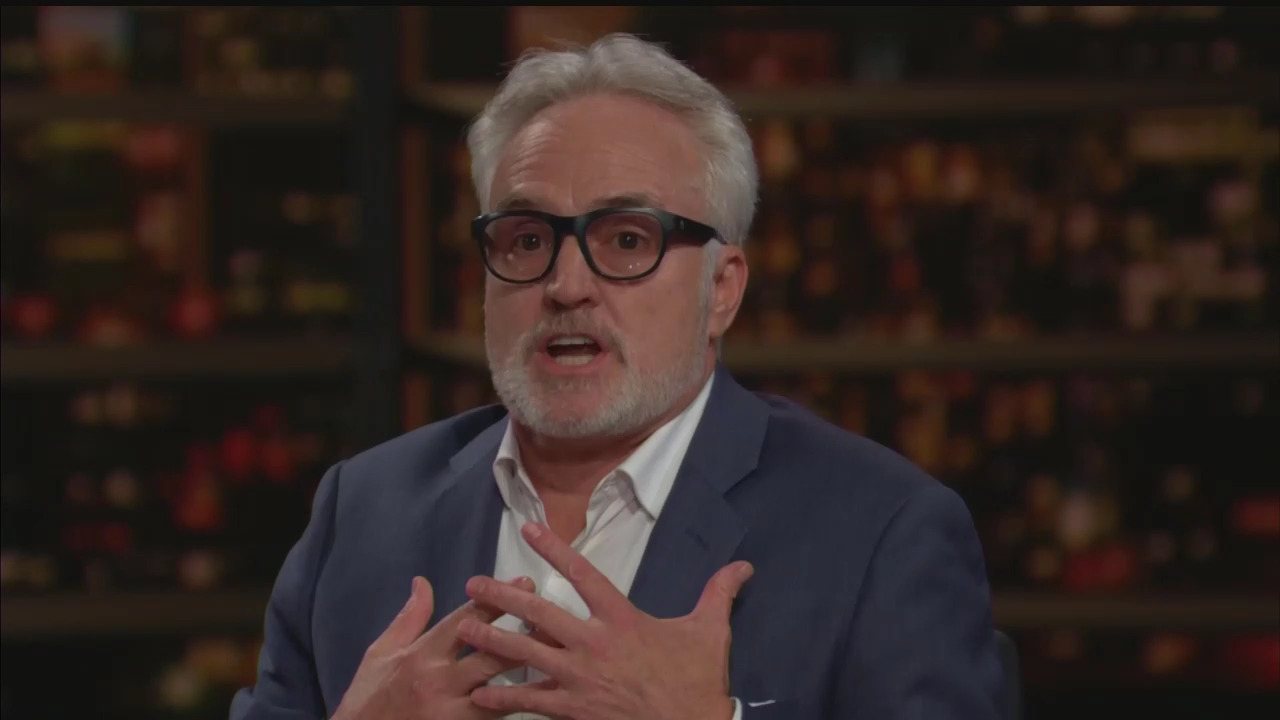 WHITFORD: I think what [Alexandria] Ocasio-Cortez [avowed socialist from the Venezuelan wing of Democrat party, who toppled high-ranking House Rep. Joe Crowley in a primary upset], there's an opportunity here because the Republicans, I never thought they had it, apologies, but they have completely ceded the moral high ground. She has said that there is no reason to apologize for morality in 2018 and I think there is an opening and we cannot afford despair, my children cannot afford despair ...

The moral arc, you know,  bends toward justice was said by a man who was saying it humbly.

To paraphrase Emerson, the louder he spoke of his morals, the more we looked over our shoulders.