Remember back when liberals used to fake an earnest affinity for the people who made up the base of their party? Those same people now fit the profile of mass murderers as far as Rachel Maddow is concerned.

Hosting her MSNBC show last night from Las Vegas in the wake of the staggering atrocity there Sunday evening, Maddow at one point focused on the suspected gunman's age, 64, which she described as atypical.

It was how Maddow framed this that undoubtedly struck conservatives who make up a sliver of her audience as peculiar, gratuitous and revealing --

PETE WILLIAMS: That's one of the investigative tracks here is, how did he get his hands on what became automatic weapons with all that lethality. ...

MADDOW: You know, to that last point there, one of the interesting investigative lines here that is rare, is that this is an older person (oddly giving a thumbs up as she says this), this person who was off the number line in terms of the typical age of a typical mass shooter. We have so many mass-casualty shootings in the United States that we can talk about what counts as a typical one.

Also known as profiling, though Maddow can't bring herself to utter the unspeakable --

MADDOW: But there's also the fact that he seems to have had access to a lot of money, seems to have just been a wealthy guy, and that may end up being an important part about what we learn about how he pulled this off, just that he had money to spend and he may have spent it on things that would not have been available to your typical, run-of-the-mill blue collar shooter, I guess, somebody who didn't have access to the kind of money that he did in order to put this arsenal together. 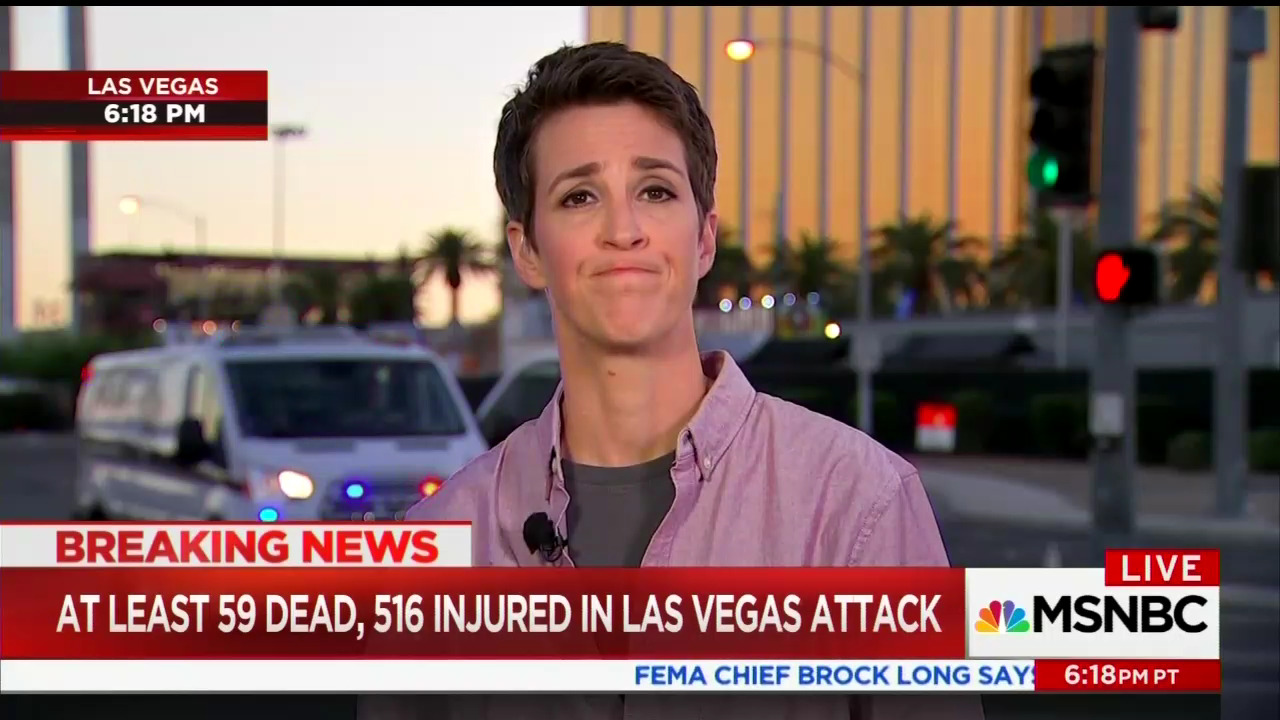 Imagine if typical, run-of-the-mill blue collar workers had turned out in droves last November from Pennsylvania to Ohio, Michigan and Wisconsin ... to vote overwhelmingly for Hillary Clinton (instead of Donald Trump as they actually did), thereby providing Clinton with a healthy margin of victory to defeat Trump. Less than a year later, with Clinton presiding over Obama's third term, is it remotely possible to believe Maddow saying this about the age of the Vegas shooter?

Liberals may want to reconsider this dubious strategy of persistently insulting people they need to regain power.