MSNBC ‘Republican’ Strategist: You Need to ‘Attack’ and ‘Scare’ Republicans on Russia 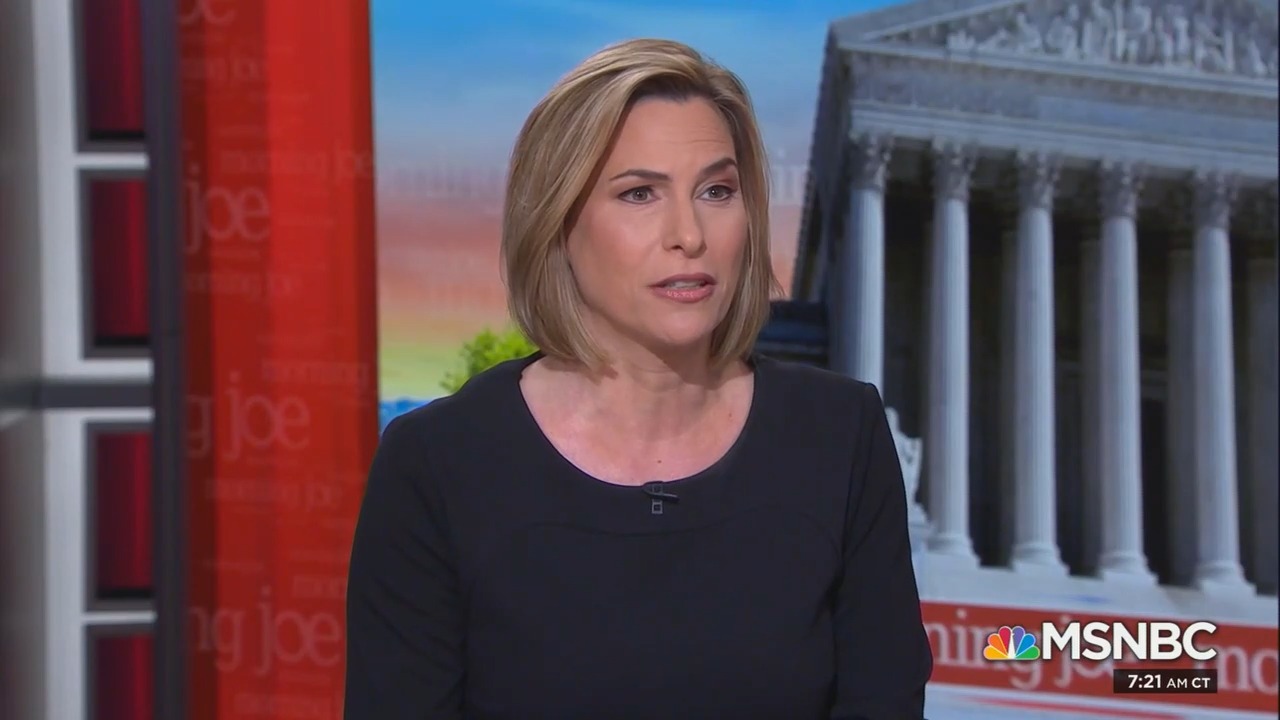 One of the biggest lies the liberal media tell about the Trump Administration is that it has been soft on Russia. Even though some of the statements that President Trump has made about Russian President Vladimir Putin have brought widespread condemnation, the actual administration policy has been far tougher than that of Obama. The media, however, has a constant desire to paint Trump as a Russian puppet.

On the Friday edition of MSNBC’s Morning Joe, supposed “Republican” strategist Susan Del Percio was very upset that Senate Republicans blocked a largely ceremonial election security bill that Democrats tried to push through in the wake of the Mueller Hearing. She was so upset that she advised the constituents of Republican Senators to “attack” and “scare” them in order to move them on Russian interference:

You asked Gene what can people do to fight Donald Trump or Mitch McConnell? I propose creating “Americans for Secure Elections.” Go out and attack every Republican senator for not getting behind it while they're at home this August. I will tell you that a cable buy doesn't take much. They will feel the pressure and that is the way you move these Republicans. You scare them and that's the kind of thing you do

As NewsBusters reported after the Mueller Hearing, the Trump administration has in fact put forward policy that has largely kept Russia in check. They signed an arms deal with the Ukraine and moved troops to Poland to counter Russian aggression, killed Russian mercenaries in Syria, withdrew from the INF Nuclear Treaty after Russia was found to be not in compliance, signed into law tougher sanctions on Russia, and recently signed an executive order to enhance America’s cyber-security defenses against the Russian government.

Del Percio is also hardly what one would consider to be a "Republican." She was a special advisor to Andrew Cuomo's 2014 gubernatorial campaign in New York and makes all the usual MSNBC leftist takes, such as consistently urging House Democrats to pursue impeachment of President Trump.

Never let facts get in the way of a good narrative for MSNBC.

The full transcript is below. Click “expand” to read more

WILLIE GEIST: Well, look inside the state of Ohio. Donald Trump won that in 2016 by eight points and if you look at that Ohio poll, and there's another South Carolina poll we can talk about in a second, but the Ohio poll makes the case for Joe Biden and shows you why the lead is so wide nationally. In the Fox poll, he's up 18 points overall on Bernie Sanders but that, Susan, to me, is the argument for Joe Biden, that he can get back those states that Trump swept through the Midwest you know, whether it's Wisconsin or Pennsylvania or Ohio or Michigan. The states that were lost, that sliver of 77, 78,000 votes that handed Donald Trump the election, Joe Biden can make the case he can walk in and take them back.

SUSAN DEL PERCIO: He can and that's actually the biggest strength to his candidacy, especially as we see a shift in polls saying that Democrats want to see someone who can beat Donald Trump more than they want someone more aligned with their own values. There is something else in the Fox poll that came up and it was how Americans feel about the attacks — the Twitter attacks that the President made against The Squad, if you will. 63 percent of Americans thought that those polls went too far — that those tweets went too far. But what's interesting is when asked among Republicans as if it was an okay political attack, 59 percent of men said yes. Only 48 percent of women said it was okay. Trump is on the verge of really starting to lose Republican women and that will also lead to the numbers that we saw in Ohio and I just want to switch back to something, Joe. You asked Gene what can people do to fight Donald Trump or Mitch McConnell? I propose creating “Americans for Secure Elections.” Go out and attack every Republican senator for not getting behind it while they're at home this August. I will tell you that a cable buy doesn't take much. They will feel the pressure and that is the way you move these Republicans. You scare them and that's the kind of thing you do