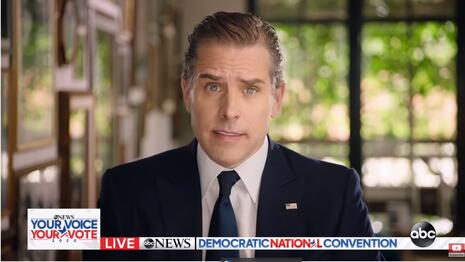 Despite confirmation of the legitimacy of Hunter Biden’s e-mails by the Department of Justice and new allegations of a Biden family scheme to partner with a Chinese Communist firm, ABC has REFUSED to report on all the New York Post bombshells about alleged corruption by Hunter Biden.

Since the morning of October 14, when the New York Post published new evidence of Hunter Biden’s corrupt business dealings with Ukraine and Joe Biden’s potential knowledge of it, the broadcast nets have buried the allegations. Even when journalists mentioned the story, they devoted much of their time to knocking it down.

For Wednesday, October 14 through the morning of October 22 MRC analysts looked at the ABC, CBS, NBC evening and morning shows and their Sunday roundtable programs, plus ABC’s and NBC’s townhall events with Joe Biden and President Trump. Out of a total of 73.5 hours of news programming, there was less than 17 minutes (16 minutes, 42 seconds) spent on the latest scandals involving Joe Biden’s son.