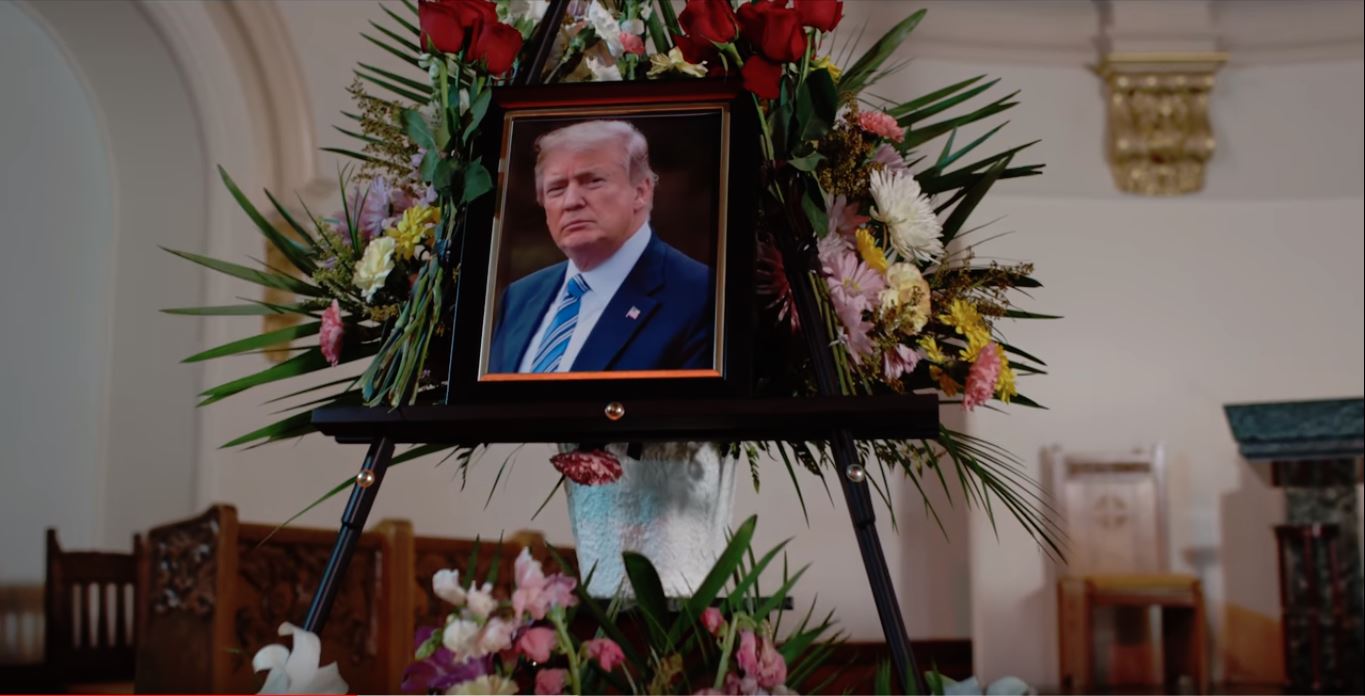 In the video to his new song “Devil’s Work” rapper Joyner Lucas stands in the middle of a church as he pleads to God to bring back hip-hop icons like 2Pac and Notorious B.I.G, but in exchange Lucas offers up the lives of President Donald Trump and Fox News personalities Laura Ingraham and Tomi Lahren.

The shocking video includes pictures of Trump, Ingraham and Lahren surrounded by wreaths to depict their passing.

Early in the song Lucas calls Trump “a bigger threat. There’s too much power for a coward with no intellect, That’s a bigot with a collar, there’s a disconnect.”:

Give us 2Pac back, and take that nigga Suge (Ooh!)
Let the legend resurrect and he gon' live for good (Ooh!)
I been screaming "Thug life "in every different hood (Thug life, thug life)
If only you could bring him back, Lord I wish you would

Give us Biggie, give us Pun, give us triple X
Take that nigga Trump with you, that's a bigger threat
There's too much power for a coward with no intellect
That's a bigot with a collar, there's a disconnect 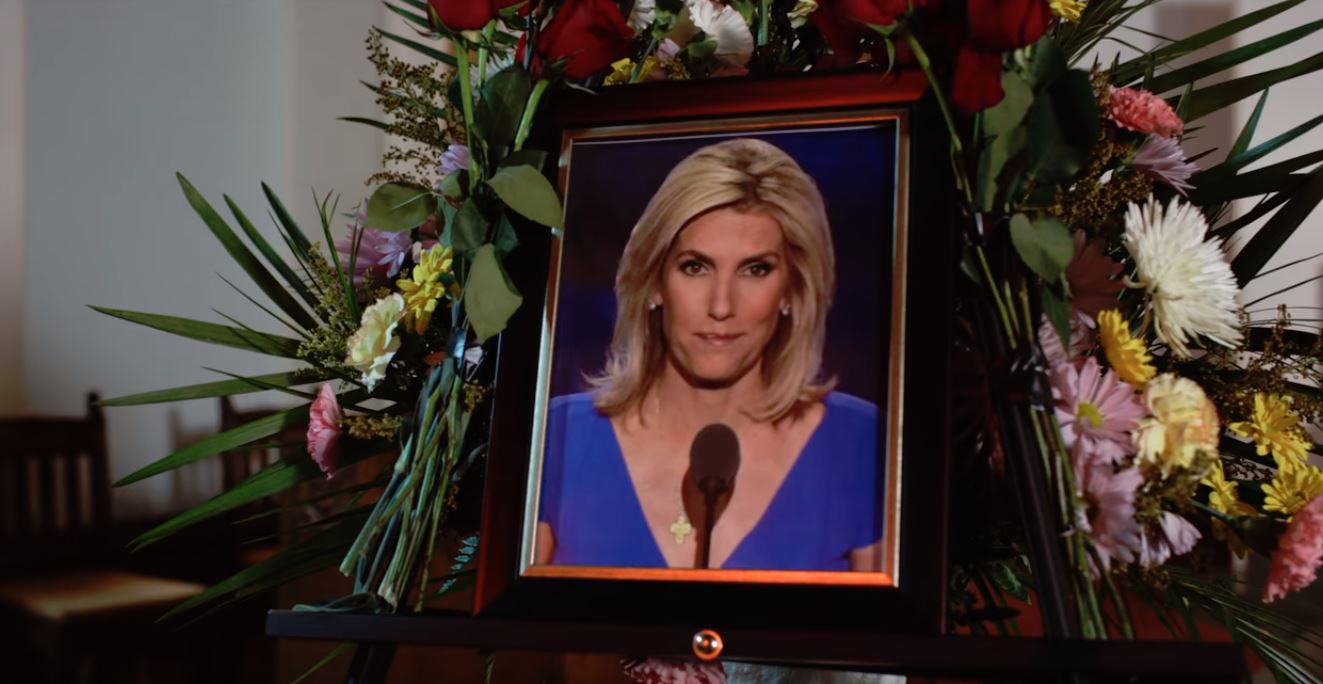 Later on in the rap, Lucas goes after Ingraham and Lahren:

It should be noted Ingraham drew the ire of hip-hop stars like Snoop Dogg for her coverage of rapper Nipsey Hussle’s memorial service. They mocked a song called "F--- Donald Trump" and how anti-Semitic Rev. Louis Farrakhan kept calling the departed rapper "Nipsey Russell."

Snoop Dogg, it should be noted has also imagined the death of the President. 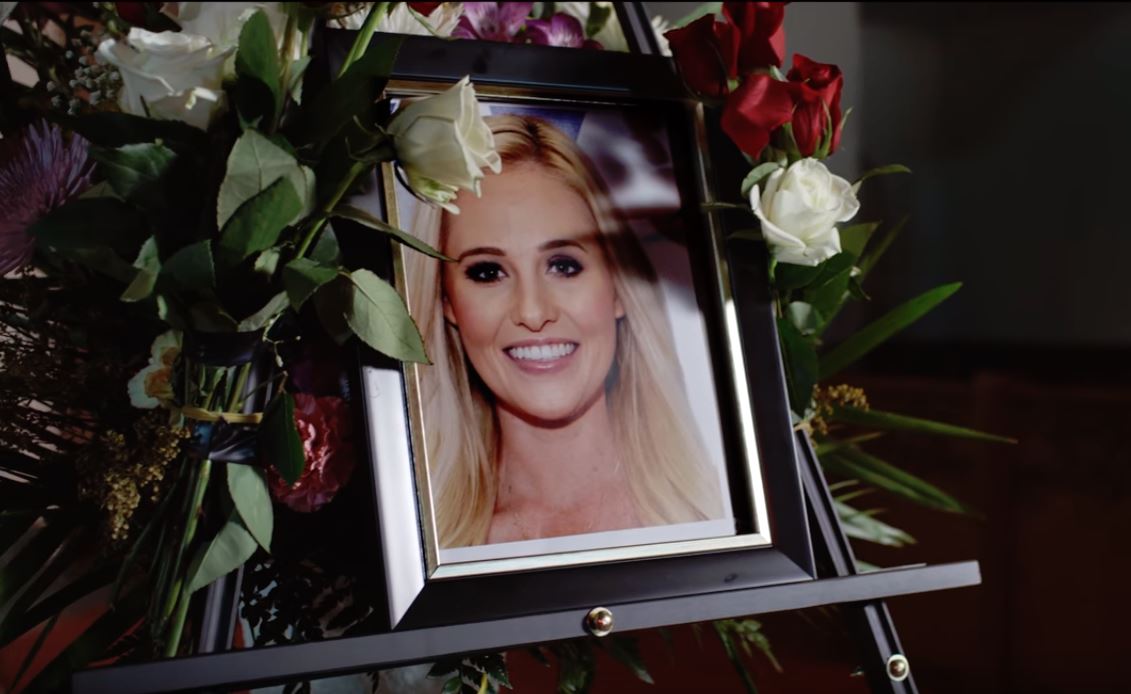 While one can sympathize with Lucas’s frustration with losing musical figures he loves (In addition to 2pac, Biggie Smalls he lists gone-before-their time artists like Whitney Houston, Selena, Aaliyah and Big Pun) the idea of exchanging living people for dead ones is morbid and in the case President of the United States likely to get him a visit from the Secret Service.

The following are the full lyrics to Lucas’s song “Devil’s Work”:

[Verse]
I'm staring at this Bible as I keep glancing
Dear Lord, I got questions and I need answers
Tryna understand your vision, all I see is damage
Just a bunch of dead bodies in the street camping
A bunch of lost souls on their feet standing
We supposed to be your children, I thought we family
You're supposed to be my Father, bruh, I need answers
We don't need to die young, we just need chances
Tired of living on the edge so we keep scrambling
Tryna talk to these strippers but they keep dancing
We just wanna be number one like Steve Francis
Bow our heads, say a prayer, now the seed's planted
Everywhere I turn, I'm seeing emcees vanish
Lot of good niggas gone, I don't understand it
Lot of families lost and they seem stranded
I ain't tryna disrespect you, I just need answers
I know you're watching us from heaven thinking, "Who to save?"
Cherry pickin' who should go next and who should stay
I'd be on my way to heaven if I knew the way
And bring back every good nigga you choose to take
They say you never wrong, but you done made a few mistakes
'Cause you taking the wrong niggas, maybe you should trade
Trade us back all the real ones, remove the fakes
I think you should trade
Give us 2Pac back, and take that nigga Suge (Ooh!)
Let the legend resurrect and he gon' live for good (Ooh!)
I been screaming "Thug life "in every different hood (Thug life, thug life)
If only you could bring him back, Lord I wish you would
Give us Biggie, give us Pun, give us triple X
Take that nigga Trump with you, that's a bigger threat
There's too much power for a coward with no intellect
That's a bigot with a collar, there's a disconnect
Niggas dying, Mama crying, Grandma need a tissue
Niggas shootin' up a church, now I need a pistol
All them niggas still livin', you don't see the issue
But how you take Selena and then you take Aaliyah with you?
I ain't tryna disrespect, just need to meet up with you (Lord)
I ain't tryna overstep, just want to reason with you (Lord)
Give us back our loved ones and take the evil with you (Lord)
Send them suckers straight to hell, they don't need a vigil (Woo!)
I need you to give us back Martin Luther, take Martin Shkreli (Take!)
Give us back Malcolm, take R. Kelly
R.I.P. Lil Snupe, give that boy his life back
Take Eric Holder, give us Eric Wright back
I'm sending you this message, Lord, I hope you hit me right back
They say I'm on the wrong train, I know I'm on the right track (Yeah)
'Cause Trayvon gone, and all he did was tryna fight back
Zimmerman walk around free, we don't like that (We don't like that)
Why you take our mothers from us?
Our fathers and our sisters and our cousins from us?
Got these children getting murdered while they double dutchin'
Wonder why the fuck you take Nipsey Hussle from us?
Damn, you took a true king, a true brother from us
This a fuckin' marathon, but they runnin' from us
Now everybody got guns, nigga's up to something
And every gangsta wanna prove that they tough or something
You know it's not fair, tell the truth, I've been in my feelings too
But if you took Emmett Till, at least take Dylann Roof
At least take James Holmes, I ain't even mad at that
Just bring back Whitney, and give us Michael Jackson back
Feds want me in the slammer, damn
Ain't no justice for Sandra Bland, we up like the ceiling fan
Lord, if you listenin', I'm just lookin' for a hand to hand
Take out the fuck niggas and give us back our fam again
Drownin' in my tears, tryna pray for something (Woo!)
Wonder why you give us life for you to take it from us (Woo!)
Wonder why you give us family then erase them from us (Woo!)
Maybe hopefully you can have a conversation with us (Yeah)
Maybe I'm just probably tripping 'cause I need a hug (I need a hug)
The hood can't find jobs, now we need a plug (We need a plug)
Everybody and their mama tryna be a thug
I don't go to church 'cause I'm afraid of being judged
I've been starin' at the ceiling as I lie in bed
Watchin' niggas follow trends like Simon Says (Yeah)
I pray you give us back the real ones and try again
Or maybe take them niggas that deserve to die instead
Tomi Lahren run her mouth and then she get defensive
Laura Ingraham laughin' at death and disrespectin'
I really feel like you should teach them stupid hoes a lesson
Either that or give us back somebody who deserve the blessings
I left out a bunch of names that I forgot to mention
Cost too much to pay attention, then it got expensive
Father forgive me, for I know not what I do
And now I'm reachin' out to you, hopin' you hear me and return the message
I know that you got our back and that you're not against us
Or maybe you just love us so you doin' shit to test us
I just kinda thought that you would do more to protect us
They say that the good die young and I ain't on the guest list
I've been drinkin', Lord forgive me, it's my blood racin'
I don't know what I'm thinking, I'm just frustrated
I don't mean to question you, I'm just confused
I don't know what else to do, I've been patient and it sucks waiting
Took my mans from me, that forever hurts
But puttin' the blame on you, that'd never work
I know this ain't your fault, it's the devil's work
Devil's work