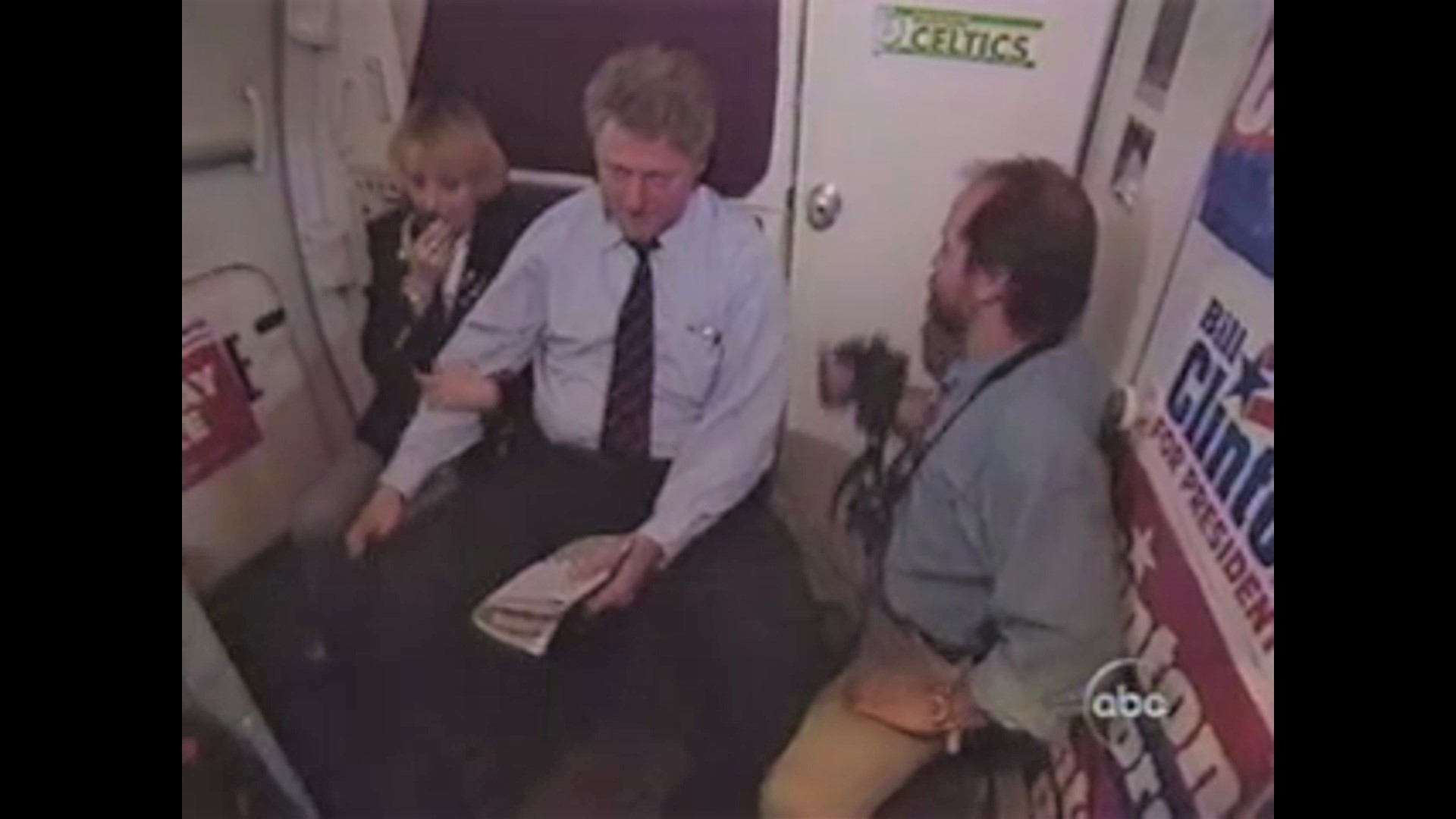 Just imagine if there was video of Brett Kavanaugh groping a flight attendant – the footage would be all over the network and cable news shows right now.

But when footage of President Bill Clinton grabbing a flight attendant’s knee was revealed, it was only a small part of a 1998 ABC World News Tonight segment that praised then Clinton aide/confidante Bruce Lindsey as a great operator that secured that woman’s silence via a White House job – no ethical questions asked.

ABC’s World News Tonight featured a glowing profile of Bruce Lindsey in which reporter John Cochran admired how he had successfully killed stories that “might erupt about Clinton and flight attendants” by silencing one and giving another a job.

“In Washington, the grand jury that’s hearing evidence about alleged sex and cover-ups involving the President, allegedly anyway, and Monica Lewinsky, heard today from the deputy White House counsel Bruce Lindsey. Outside he would not talk about his testimony. As ABC’s John Cochran tells us, Mr. Lindsey is a man who knows how to keep a secret.”

“All Presidents need someone like Bruce Lindsey – an old friend who can give frank advice on the most intimate problems. Someone who is loyal in good times and bad. Someone who knows how to keep his mouth shut.”

Cochran showed a soundbite from former Senator David Pryor and then explained how both Clinton and Lindsey are lawyers from Arkansas, but while Clinton is an “extrovert,” Lindsey is his “tight-lipped pal.” Two years ago, Cochran recalled, Ken Starr named Lindsey an unindicted co-conspirator in Whitewater, but he was “never charged with any wrongdoing.”

Cochran continued his glowing profile by illustrating it with some very interesting footage: “He usually tries to head off trouble before it starts,” Cochran asserted. As viewers saw video of a flight attendant dancing with Lindsey, Cochran explained: “On election day in 1992 he celebrated Clinton's expected victory, but he had worried during the campaign that stories might erupt about Clinton and flight attendants.”

While video rolled showing Clinton and a flight attendant sharing a single jump seat as Clinton first put his hand on her knee and then she wrapped her arm around his, Cochran reported:

“This attendant later got a job at the White House. After the election, Lindsey told another flight attendant she did not have to talk to reporters.”

Instead of pursuing this information about a job for silence in light of the current situation, Cochran moved along:

“As the man in charge of damage control Lindsey has consistently urged a strategy of stonewalling, reveal as little as possible and emphasize the positive. In 1993 ABC News investigated whether Clinton, while Governor of Arkansas, had ever asked state troopers to procure women for him. Lindsey telephoned former trooper Buddy Young while he was being interviewed by ABC and defending Clinton.”

Cochran concluded: “It’s easy to see why Ken Starr regards Lindsey’s testimony as important. If the President has been open with anyone other than his wife about Monica Lewinsky, it is probably Bruce Lindsey.”

Am I in a parallel universe? Here you have a reporter, who is supposed to dig out facts and convince people to tell what they know, admiring a Clinton operative for so successfully buying off witnesses and silencing those in the know. Clinton and flight attendants? Which White House position, besides Monica's of course, is a flight attendant qualified to hold? Sounds like a great story. Cochran should be pursuing that to see if anyone lied or bought anyone off, not passing it along as a cute anecdote about Lindsey'’s skill. If the media are as easy to dissuade as Cochran then Lindsey hasn't had a very tough job.

Is this the kind of story the networks ran in 1973 about Halderman or Erlichman?