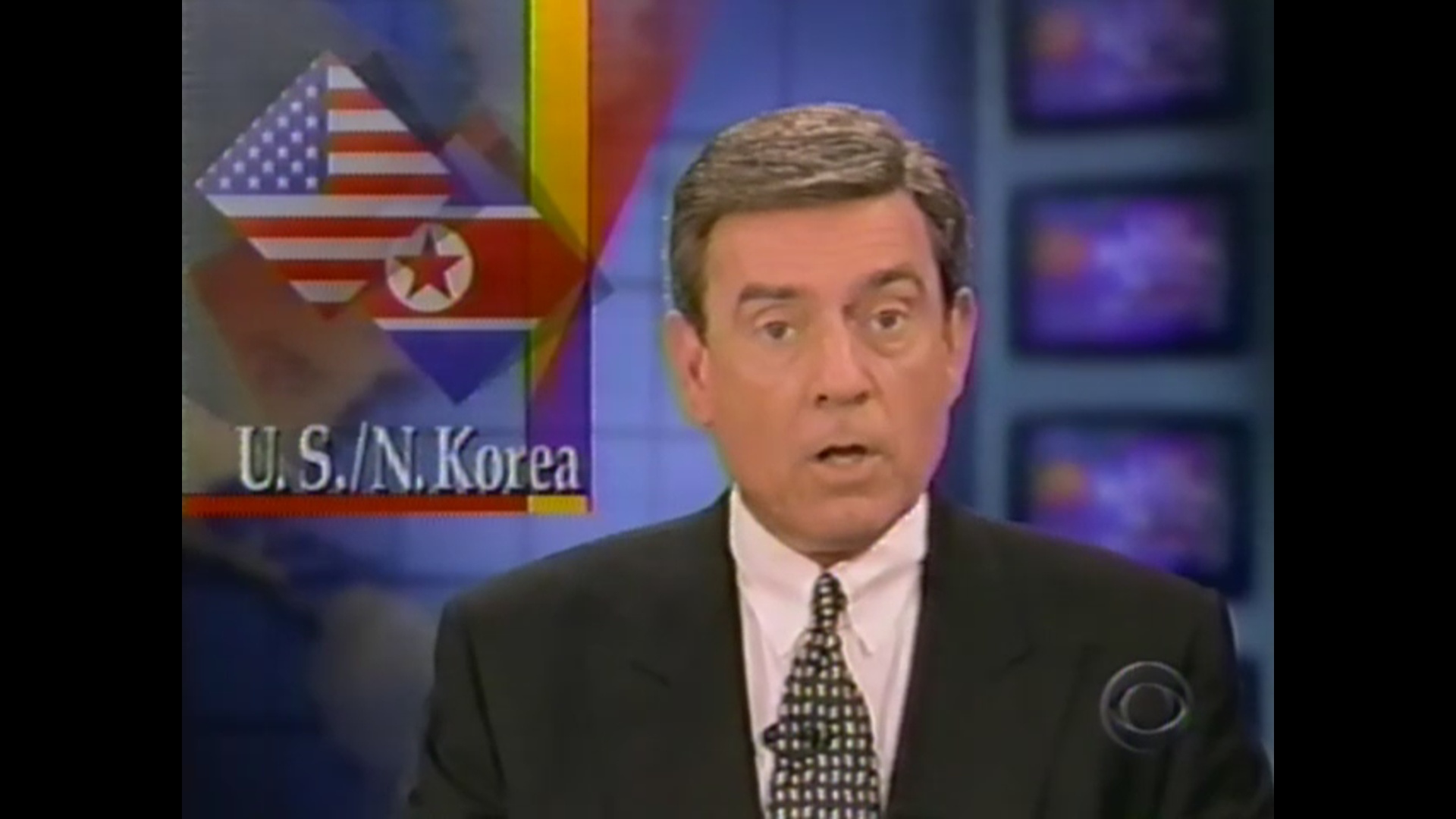 While liberal journalists are pooh-poohing in advance any sort of success Donald Trump may have with his summit with North Korean dictator Kim Jong Un, that wasn’t the case back in 1994 when Bill Clinton struck a that would have supposedly resolved the nuclear threat from North Korea.

On the October 18, 1994 edition of the CBS Evening News, correspondent David Martin assured viewers that “once this agreement is signed on Friday, the U.S. and North Korea will no longer be on a collision course.” His colleague Rita Braver used the occasion to promote Bill Clinton’s run of foreign policy successes: “And Haiti is just one in a string of foreign-affairs achievements that has surprised even some Clinton supporters. Yesterday in Geneva, North Korean and U.S. negotiators signed an agreement that commits North Korea to freeze and dismantle its nuclear program.”

Fast-forward 23 years later and it looks like Clinton’s deal didn’t exactly keep the U.S. from any future “collision” courses with North Korea.

The following are the relevant portions from the October 18 and October 22, 1994 CBS Evening News:

DAN RATHER: President Clinton today officially announced a deal that could end the long-running crisis with North Korea over nuclear weapons. It could also ease tensions on the Korean Peninsula, and open the way for normal relations between the US and one of the world’s last old-line, hard-line Communist states. National security correspondent David Martin reports.

DAVID MARTIN: Peace is not about to break out along the DMZ anytime soon, but North Korea has finally cut a deal that, if carried out, would keep it from developing a nuclear arsenal.

BILL CLINTON: This agreement will help to achieve a long-standing and vital American objective: an end to the threat of nuclear proliferation on the Korean Peninsula.

MARTIN: North Korea would freeze its nuclear program, which may already have produced one nuclear weapon, and eventually could turn out dozens of bombs a year. In return, the US would help North Korea build a new kind of nuclear reactor, better suited to producing electricity than weapons-grade plutonium.
...
MARTIN: North Korea is likely to remain a hard-line Communist state, but once this agreement is signed on Friday, the US and North Korea will no longer be on a collision course. David Martin, CBS News, the Pentagon.

BOB SCHIEFFER: President Clinton heads for the Middle East on Tuesday after several weeks in which foreign policy has taken more and more of his attention. Our White House correspondent Rita Braver now has more on that.

RITA BRAVER: On the West Coast this weekend, stumping for Democratic candidates in the November elections, President Clinton is concentrating on domestic issues. Still, he got in a plug for one of his recent foreign-policy successes: the departure of Haiti's military dictators.

BILL CLINTON: I think all Americans have been very moved – I know I certainly have – by the sight of the Haitian people getting their freedom back.

BRAVER: And Haiti is just one in a string of foreign-affairs achievements that has surprised even some Clinton supporters. Yesterday in Geneva, North Korean and US negotiators signed an agreement that commits North Korea to freeze and dismantle its nuclear program. And last week, Iraq moved its troops back from Kuwait's border after the US threatened military action. It wasn't always like this.

Not even a year ago, there were lots of criticisms of you and your colleagues on the foreign-policy team, with people suggesting that the group was inept.

Mr. SAMUEL BERGER (Deputy National Security Adviser): Well, I think they were wrong at that – when they said it then, and I think the events of the past several weeks tend to suggest that. We – we inherited a very disorderly world.

BRAVER: Administration officials say the president has kept his eye on the big picture.