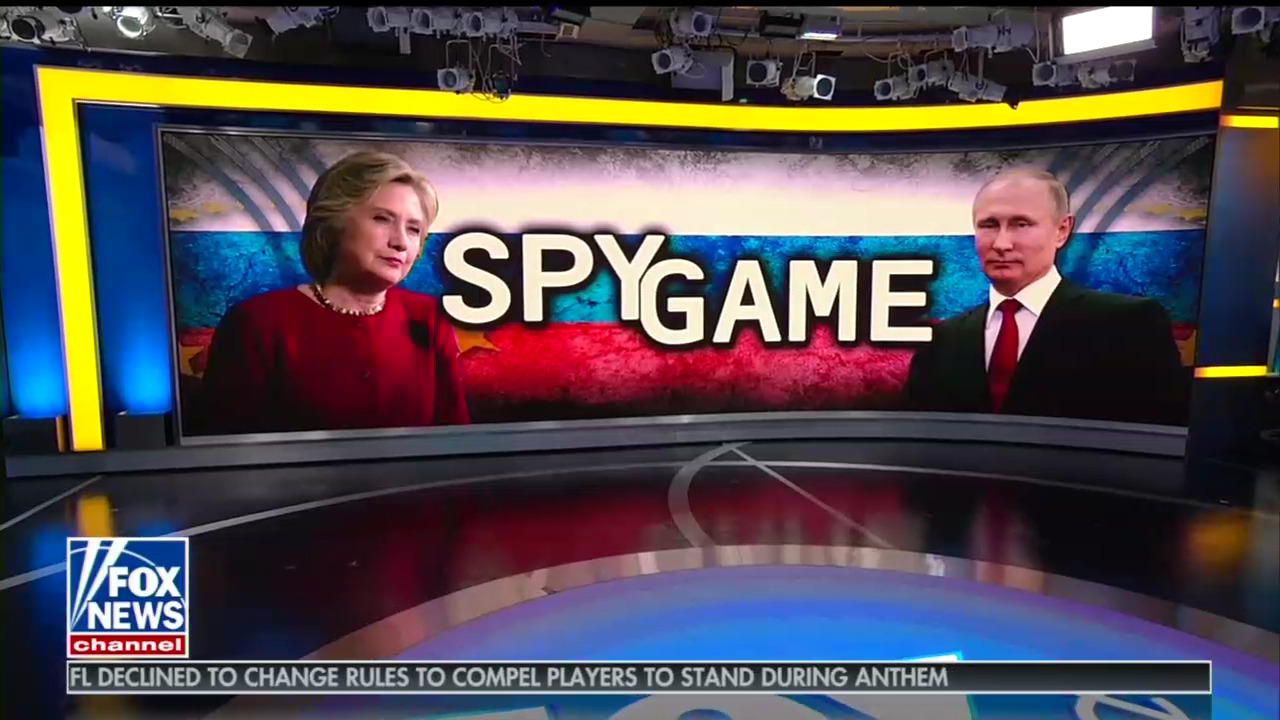 Bribery, bullying of an informant and now a Russian spy ring: The Clinton/Russia/Uranium scandal has all the ingredients of a juicy spy thriller, but so far the Big Three (ABC, NBC, CBS) networks have shied away from the latest developments in the case.

On Sunday night, The Hill’s John Solomon and Alison Spann reported the newest wrinkle: “A female Russian spy posing as an American accountant....used a false identity to burrow her way into the employ of a major Democratic donor in hopes of gaining intelligence on Hillary Clinton’s department.”

Beginning on October 17, The Hill has been breaking new developments in the scandal, but aside from 69 seconds on the October 22 edition of CBS’s Face the Nation, the Big Three networks have ignored the newest reports.

ABC, CBS and NBC did not cover the spy angle on their Monday morning shows. However, the October 23 edition of Fox & Friends did cover the story.

In their October 22 story “FBI watched, then acted as Russian spy moved closer to Hillary Clinton,” The Hill’s Solomon and Spann broke down the Russian spy ring angle to the story:

As Hillary Clinton was beginning her job as President Obama’s chief diplomat, federal agents observed as multiple arms of Vladimir Putin’s machine unleashed an influence campaign designed to win access to the new secretary of State, her husband Bill Clinton and members of their inner circle, according to interviews and once-sealed FBI records. Some of the activities FBI agents gathered evidence about in 2009 and 2010 were covert and illegal.

A female Russian spy posing as an American accountant, for instance, used a false identity to burrow her way into the employ of a major Democratic donor in hopes of gaining intelligence on Hillary Clinton’s department, records show. The spy was arrested and deported as she moved closer to getting inside the secretary’s department, agents said.
...
There’s definitive evidence the Russians were seeking their influence with a specific eye on the State Department. ‘There is not one shred of doubt from the evidence that we had that the Russians had set their sights on Hillary Clinton’s circle, because she was the quarterback of the Obama-Russian reset strategy and the assumed successor to Obama as president,’ said a source familiar with the FBI’s evidence at the time, speaking only on condition of anonymity, because he was not authorized to speak to the news media.
...
[Former FBI Assistant Director for Counterintelligence Frank] Figliuzzi supervised the post-arrest declassification and release of records from a 10-year operation that unmasked a major Russian spy ring in 2010. It was one of the most important U.S. counterintelligence victories against Russia in history, and famous for nabbing the glamorous spy-turned-model Anna Chapman.

While Chapman dominated the headlines surrounding that spy ring, another Russian woman posing as a mundane New Jersey accountant named Cynthia Murphy was closing in on accessing Secretary Clinton’s department, according to records and interviews.
...
Murphy, living with her husband and kids in the New Jersey suburbs of New York City, reported a major breakthrough in February 2009 in an electronic message sent to her handlers: she had scored access to a major Democrat, FBI records state. ‘Murphy had several work-related personal meetings with [a prominent New York-based financier, name omitted] and was assigned his account,’ one FBI record from the case read. ‘The message accurately described the financier as  ‘prominent in politics,’ ‘an active fund-raiser’ for [a major political party, name omitted] and a ‘personal friend’ of [a current Cabinet official, name redacted].’

Multiple current and former officials confirmed to The Hill that the Cabinet officer was Hillary Clinton, the fundraiser was New York financier Alan Patricof and the political party was the Democratic National Committee. None of the Americans were ever suspected of illegalities, but the episode made clear the Russian spies were stepping up their operations against the new administration after years of working in a ‘sleeper’ capacity, officials said.