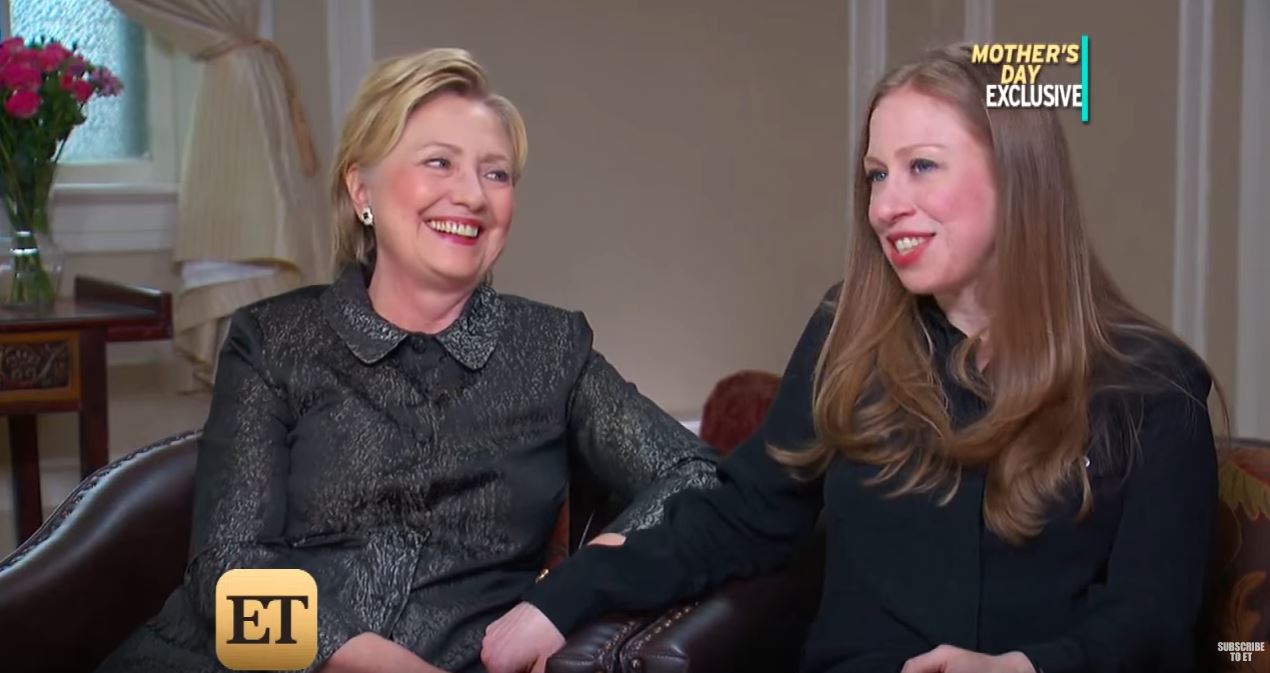 As the old saying goes: The apple doesn’t far fall from the tree. According to new e-mails released by WikiLeaks, both Chelsea Clinton and her husband Mark Mezvinsky leveraged the Clinton Foundation for personal gain.

On Sunday, Politico reported “Chelsea Clinton used her family foundation’s cash to pay for her wedding, living expenses and taxes on gifts of cash from her parents, according to a bombshell email made public Sunday.”

And the New York Post, on Sunday, reported that Clinton’s husband Marc Mezvinsky “used his connections to the Clinton family and their charitable foundation to raise money for his hedge fund, according to an allegation by a longtime Clinton aide made public Sunday in hacked documents released by WikiLeaks.”

And there was certainly ample opportunity to discuss the latest Chelsea corruption. Clinton campaign manager Robby Mook appeared on all three network shows on Monday morning (ABC’s Good Morning America, CBS This Morning, NBC’s Today) and was never asked about Chelsea or her husband’s shady use of Clinton Foundation ties. It should also be pointed out that Chelsea Clinton was a $600,000-a-year NBC News employee.

The following are the relevant portions of reports that appeared in the November 6 online versions of Politico and the New York Post:

“Chelsea Clinton used her family foundation’s cash to pay for her wedding, living expenses and taxes on gifts of cash from her parents, according to a bombshell email made public Sunday. Doug Band, formerly a top aide to President Bill Clinton, griped about the former first daughter’s spending in a Jan. 4, 2012, email released by WikiLeaks. ‘The investigation into her getting paid for campaigning, using foundation resources for her wedding and life for a decade, taxes on money from her parents…,’ Band wrote to John Podesta, now Hillary Clinton’s campaign chairman. ‘I hope that you will speak to her and end this. Once we go down this road…’ Band’s message is contained in a chain of emails that were hacked from Podesta’s Gmail account. WikiLeaks has released more than 50,000 of the stolen emails over the past 32 days.

Earlier in his correspondence with Podesta, Band said he had ‘just received a call from a close friend’ of Bill Clinton’s. Band said the pal revealed that Chelsea had told one of George W. Bush’s daughters that she was looking into transfers of money from the Clinton Global Initiative to the Clinton Foundation. ‘The bush kid then told someone else who told an operative within the republican party,’ Band wrote, eschewing capitalizations. Band — who was revealed in previous leaked emails to have called Chelsea a ‘spoiled brat kid’ — also said he had ‘heard more and more chatter’ about the former first daughter ‘and bari talking about lots of what is going on internally to people.’ The mention of ‘bari’ is an apparent reference to Bari Lurie, Chelsea’s chief of staff at the Clinton Foundation. ‘Not smart,’ Band added. Podesta responded: ‘You are perfecting your skills for understatement.’”

“Chelsea Clinton’s husband used his connections to the Clinton family and their charitable foundation to raise money for his hedge fund, according to an allegation by a longtime Clinton aide made public Sunday in hacked documents released by WikiLeaks.

Marc Mezvinsky extended invitations to a Clinton Foundation poker event to rich Clinton supporters he was courting as investors in his hedge fund, and he also relied on a billionaire foundation donor to raise money for the fund, according to the WikiLeaks documents. They also assert that he had his wife Chelsea Clinton make calls to set up meetings with potential investors who support her family’s political and charitable endeavors. The documents — a memo and an email — were written in late 2011 and early 2012, respectively, by ex-Clinton aide Doug Band. They were sent to family confidants including John Podesta, who is now serving as Hillary Clinton’s presidential campaign chairman, and Cheryl Mills, who was Clinton’s State Department chief of staff.

They were hacked from Podesta’s Gmail account and made public Sunday in the latest batch of Podesta emails released by WikiLeaks. At the time Band wrote them, Mezvinsky, who had been an investment banker at Goldman Sachs, was working with two partners to raise capital to launch a hedge fund of their own called Eaglevale Partners. The word among rich Clinton backers on Wall Street was that the family would look favorably on investments in Eaglevale, a major Manhattan investor told POLITICO.”