Tree decorated? Check. Eggnog all fresh? Check. Cookies awaiting Santa? Check. Now all you have to do is resist Trump.

That’s the attitude of The Establishment which delivered two separate anti-Trump Christmas stories this week. Because the alt-left proves how insane it is only on days ending in “Y.” 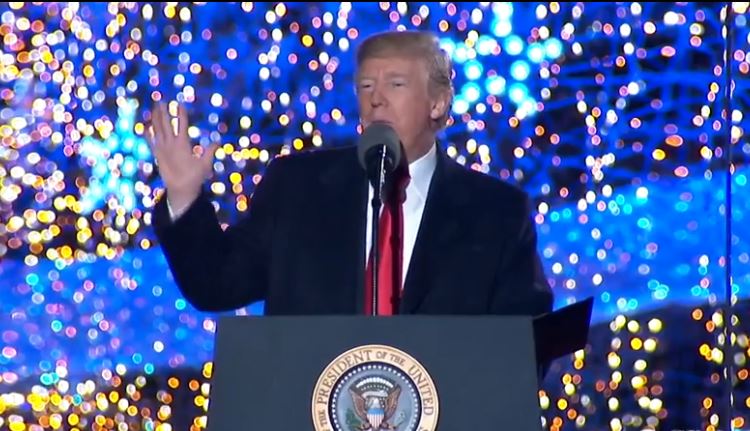 Both stories use the “resist” theme. The first is “In Troubling Times, Holiday Cards Send A Message Of Resistance.” Just what you want, bitter, angry, “We lost, so screw you” cards celebrating the birth of our savior. Then there’s, “Your 2017 Feminist Killjoy Gift Guide!” with “21 gleeful gift ideas to help you resist, babies. Resist.” (President Donald Trump is shown lighting the national Christmas tree, unresisted.)

Can you imagine going through life as this much of a Scrooge?

Picture sending someone a Christmas (oops, that’s probably patriarchal), I mean a “holiday” card that says in cute script: “All I want this year is Trump Impeached.” It’s all encircled by a nifty, clip-art drawing of a Christmas wreath.

Here’s the theme: “Those who spend their days in collective struggle for equality see the holidays as a time to send cards with a social-justice bent.” Wanna bet they send one to their psychiatrist?

This is an actual quote that would send most English teachers into retirement: “But as the cold of fall set in, and it was time to make holiday cards the following year, I wasn’t able to reconcile the dissonance between how I was spending my days — worrying about and protesting the murders of Black people by police — and a blissfully joyous holiday card floating through the mail from our white, genderqueer, dyke family to our predominantly white, predominantly straight, extended family.”

Microsoft tells me that’s 66 words all in one sentence. I can’t decide which is worse -- over-written or overwrought. You’d need a moving company to unpack the darn thing. In the end, the author decided to send a typical card filled with lefty agitprop. “I sent out a call and spoke to several people, including personal friends, who have answered this issue head-on — by using holiday cards as a tool of resistance.”

One of the cards pictured in the story actually includes donations to Planned Parenthood. What better way to celebrate the birth of the Prince of Peace than to give money to people who rip babies into body parts and then dump them in the trash.

Thankfully, no one sent me one of these cards. Of course, I’d either mock it here in the column or circular file it.

The article goes on … and on … and on. But it includes this one snippet that is so laughable, I had to highlight it:

“When my wife and I made our first holiday card with a picture on it, I realized it might be the first time some of our extended families would actually put evidence of our queer family in their home-space. There was something profound about a queer-spawn baby being oohed and aahed over at the holiday party of a conservative evangelical Christian. In this context, the image of our family disrupts the heteronormative, homophobic status quo.”

There is so much alt-left speech here that I was convinced the author was ensconced in academia. There’s no bio for Grover Wehman-Brown, but there is one at HuffPost and the photos appear to be similar. Natch, I was right: “Grover is a writer, activist, and future farmer living with her wife and two small children in western Massachusetts. She researches rural homelessness and rural cultural politics in the United States and received her PhD in Communication from the University of North Carolina at Chapel Hill.”

Let’s not forget the “#resist” gifts, too. The article includes a mix of tarot, astrology, anti-men and just whacked out lunacy. Actual quote: “The Angry Girls Club Colouring zine helps you make your self-care even more political than it already was.” Because adults resorting to coloring books isn’t infantilization or anything.

You can give the gift of astrology, because it’s great to celebrate made-up garbage every holiday! “Using wonderfully inclusive language, Many Moons offers rituals, astrology, and endless encouragement for every moon phase in a six month period.”

There are socks emblazoned: “Girls Against More Male Art” with this description: “Because it’s not that we hate male art, it’s just that we don’t really need more of it.” Yeah, we don’t hate that thing, just don’t dare do it.

And just so you know how woke they are, there’s a nonbinary pin for the nerdy, sexually indecisive people on your list. No. 18 is the sticker that says: “A Witch Bows To No Man.” It has this demented description: “This sticker is perfect for the feminist witch in your life. Which I suspect is most of the witches in your life. And if you don’t have any witches in your life, well, I suggest you find yourself some because witches are some of the best people around.”

Yes, I liked Buffy, too. I, on the other hand, know it was just a TV show. Not a lifestyle choice.

Don’t forget the Maxine Waters pin (Clearly, they don’t watch her on C-Span) and the “Trans Punks” T-shirt with the motto: “Smash the Cis-tem.” God, I fear for our nation’s future.

And that takes me to this week’s column:

A Quick Thank You: I’ve been writing about the loony tunes alt-left for more than a year now. I’m pleased to report you all seem to like it. The column gets strong traffic. Readers seem to read the whole thing (yes, we track that) and, thanks to you, I was just named one of “The 40 Best Conservative Columnists of 2017” by Right Wing News.

You can find me at No. 30 on a list that includes some of the people I most enjoy reading -- like Ben Shapiro, Kurt Schlichter and Ashe Schow. So this is my way of saying thank you to all of you for making it a success. And a hat tip to my boss Brent Bozell who suggested (er, mandated) the column in the first place.

So, please share it on social media and feel free to urge the folks at RWN to bump me up to No. 29 next year. And, if you have enjoyed the column in 2017, remember we are a nonprofit and it’s not too late to send us some of your end-of-year charity giving. 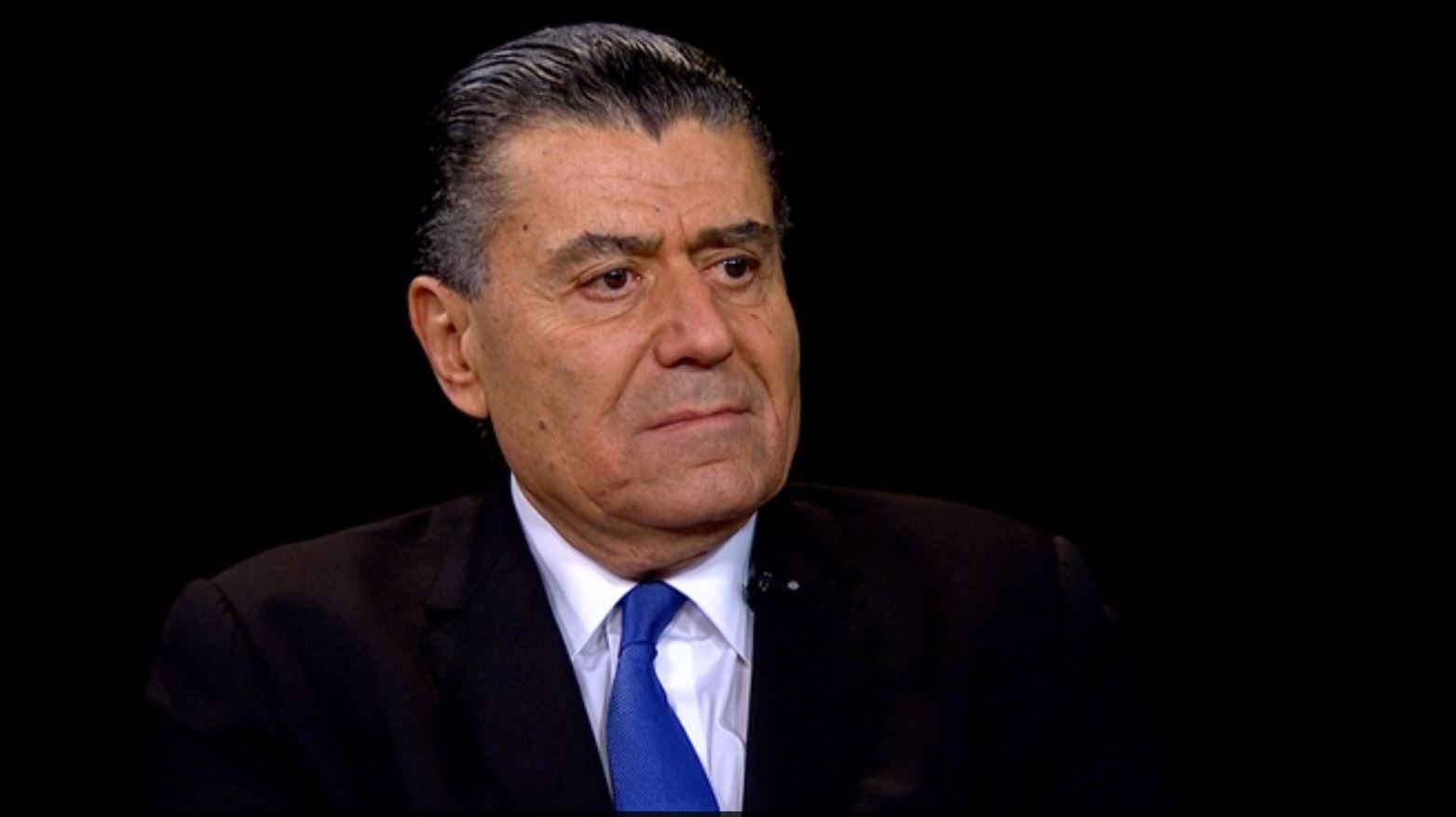 Guy Who Works for Billionaire Says Let’s Rob the Rich: Liberals hate the rich. They despise those greedy billionaires who … pay their salaries.

And then there’s Haim Saban, who owns Hispanic media outlet Univision and Fusion. (Haim is shown here with Charlie Rose. Make all the jokes you want.) He also owns a host of websites staffed by young, would-be Antifa idiots. One of these is Splinter and it just ran a piece headlined: “Time To Make Life Hard For The Rich,” written by the juvenile Hamilton Nolan. Hmmm, I guess he means rich people who don’t pay their bills.

The story is illustrated with a building on fire emblazoned with the image of Karl Marx. Here’s actual quote one: “It is time for polite, respectable, rational people to start saying what has become painfully obvious: It is time to stop respecting the rich, and start stealing from them. In earnest.” I wonder if Haim counts the office paper clips when Hamilton comes in.

He continues about his strategy. Actual quote two: “Violence against people is morally wrong and a bad way to solve problems. But capital is different.” Anytime someone says “Violence is wrong, … but,” pay close attention. Maybe they’ll follow with discussion of war against actual Nazis or something. Or maybe they’ll prove to Marxist idiots. The author supported Obama and Bernie Sanders, by the way.

Hamilton’s rant comes down to: “that a few people have too much.” And he’s out to make them pay big time. Here’s the meat of his insane, dangerous argument. Remember, he’s employed by a billionaire:

“Sticking up a billionaire on the street for $100 is not going to do it. But one can imagine other ways that angry Americans might express their dissatisfaction with our current division of wealth: A large-scale online attack against the holdings of the very rich; yachts sunk in harbors; unoccupied vacation homes in the Hamptons mysteriously burned to the ground. Sotheby’s auctions swarmed by vandals, Art Basel attacked by spraypaint-wielding mobs, protests on the doorsteps of right-wing think tanks, venomous words directed at millionaires as they dine in fancy restaurants. People have a right to life and safety, but property does not.”

Yes, that’s right out of the Antifa handbook. And it comes to you from a lefty website that claims to be a news site. Here’s hoping someone from the FBI reads this column.

This story published Dec. 18, one week to the day before Christmas. Damn liberals must have a miserable existence.

Frankly, I’m not going to quote this garbage any more. I will note that the author’s visa ran out and he had to leave. Shucks.