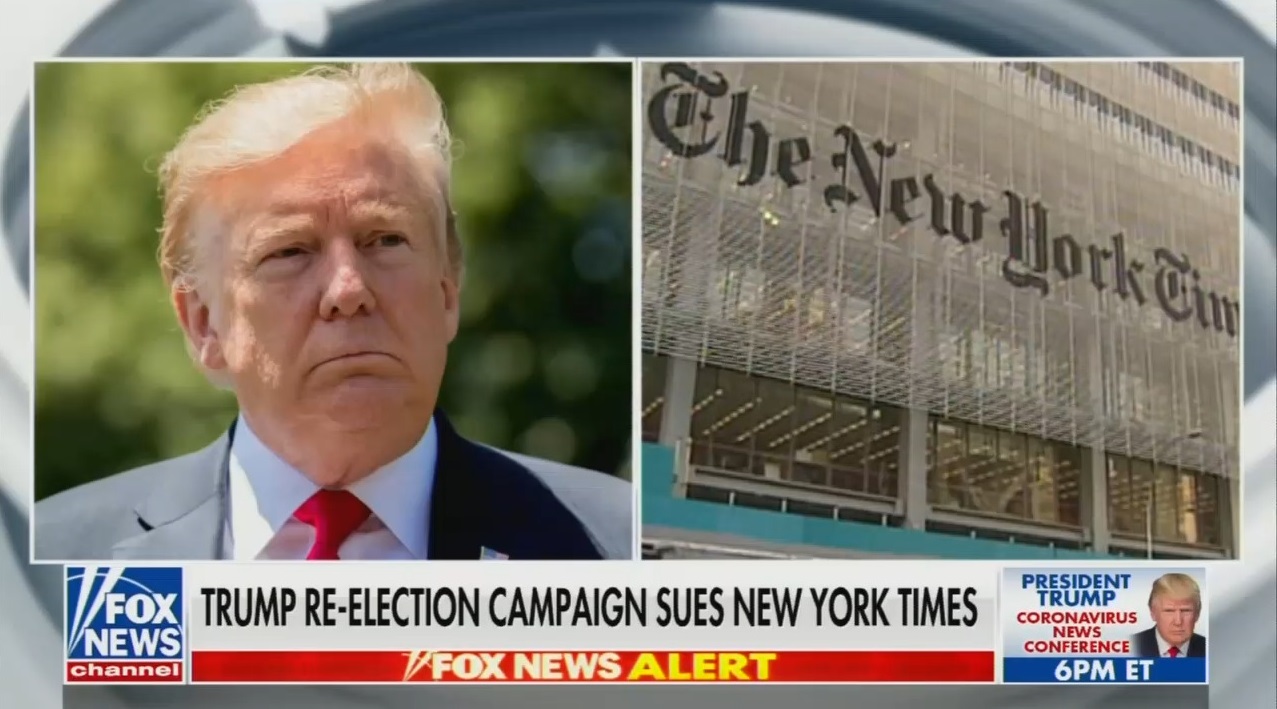 The Trump campaign decided to ruffle some feathers Wednesday with the horribly-biased New York Times, announcing that it was suing the paper for having “knowingly published false and defamatory statements of and concerning” President Trump and the campaign following “a systematic pattern of bias.”

The topic? Russia, of course!

While unrelated (and differing in the fact that the President was a public figure), the move comes a month and a half after Covington Catholic High School student Nicholas Sandmann reached a settlement with CNN following their heinous coverage of Sandmann and his classmates in January 2019 on the National Mall.

Filed with the New York State Supreme Court, the blistering eight-page suit centers on a March 27, 2019 column by former Times editor Max Frankel that alleged that the campaign had formally colluded with Russia thanks to an “overarching deal” to “help in the campaign against Hillary Clinton” in exchange for “a new pro-Russian foreign policy[.]”

Based on what the suit claims was “malicious motive” and having “acted with disregard for the truth,” the suit demanded not only a jury trial and five relief requests, including but not limited to “[c]ompensatory damages in the millions of damages, according to proof.”

The suit cited one passage in particular as having crossed the line (click “expand”):

On or about March 27, 2019, The Times published an article by Max Frankel entitled “The Real Trump-Russia Quid Pro Quo” (the “Defamatory Article”), which claims, among other things, that “There was no need for detailed electoral collusion between the Trump campaign and Vladimir Putin’s oligarchy because they had an overarching deal: the quid of help in the campaign against Hillary Clinton for the quo of a new pro-Russian foreign policy, starting with relief from the Obama administration’s burdensome economic sanctions. The Trumpites knew about the quid and held out the prospect of the quo.” On information and belief, The Times published the Defamatory Article in The Times’ print and online editions.

With that said, the filing noted that, based on both the Mueller Report and “The Times’ own previous reporting,” the campaign argued that those things alone “confirmed the falsity of these statements” and yet they “published these statements anyway, knowing them to be false, and knowing it would misinform and mislead its own readers, because of The Times’ extreme bias against and animosity toward the Campaign.”

The filing also made clear the obvious, which was that, as the Mueller Report concluded, there was “no conspiracy,” “quid pro quo or deal between the Campaign and Russia, or anyone connected with them either” (though the press have still tried to argue otherwise).