WHAT?! WashPost Gushes Over Reportedly Killed Iranian Leader as ‘Most Revered’ 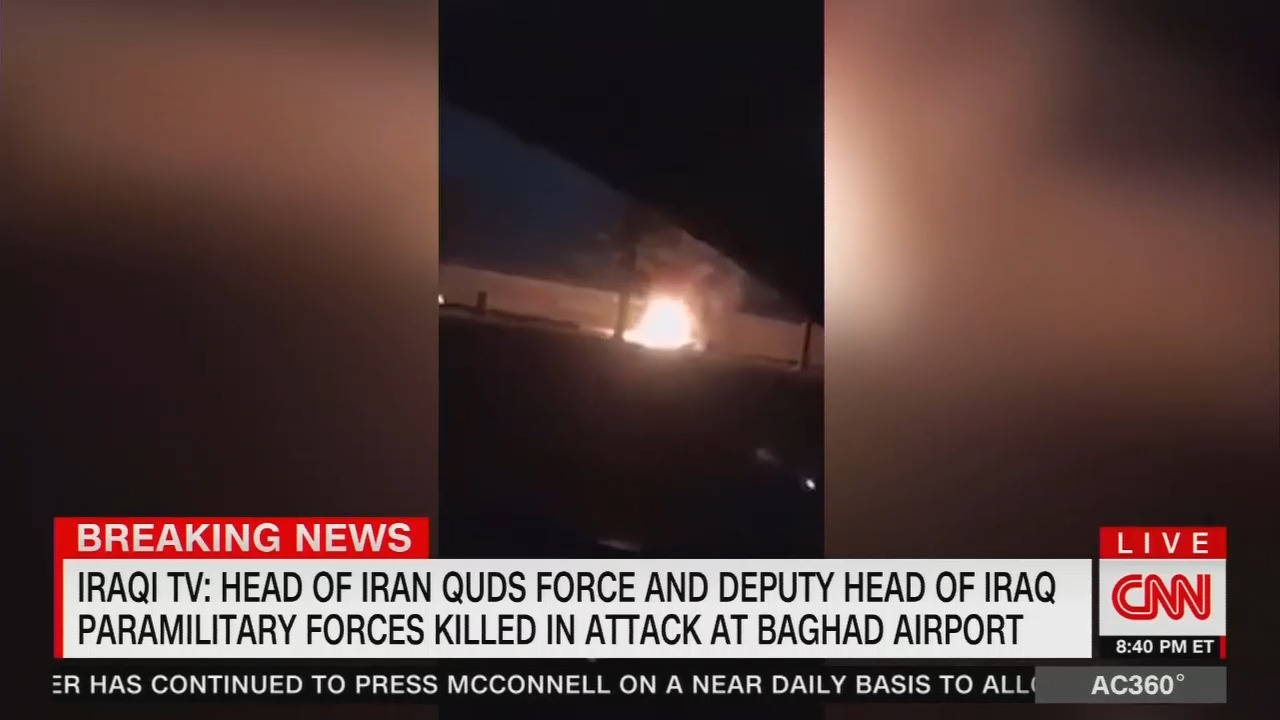 Reacting to news Thursday night that top Iranian military Gen. Qassim Soleimani might be among the dead in a U.S. airstrike, The Washington Post continued its streak of showing deep respect to Islamic terrorists, boasting in both a headline and push alert: “Airstrike at Baghdad airport kills Iran’s most revered military leader, Qassem Soleimani, Iraqi state television reports.”

Authored by Missy Ryan and Dan Lamothe, the initial piece began with an editor’s note: “BREAKING: It was not clear who carried out the strike, but the death of Soleimani, the Iranian Quds Force commander, seems certain to send tensions soaring between the United States and Iran. This story will be updated.”

If confirmed by the U.S. military, it would mean that the head of Iran’s Quds Force (a unit within Iran’s Islamic Revolutionary Guard Corps) was killed in a U.S. airstrike at Baghdad International Airport and served as yet another terrible blow to not only Iran, but Islamic terrorists throughout the Middle East that seek to harm the United States.

Of course, this comes after The Post hailed now-deceased ISIS leader Abu Bakar al-Baghdadi as an “austere religious scholar” and earlier this week trumpeted Iranian-backed protesters and militia members trying to storm (and then kill Americans) as merely “protesters.” The New York Times even boasted they were “mourners.”

The Associated Press was able to report this story without the fluff. Here’s an early dispatch posted roughly the same time as The Post alert (click “expand”):

The PMF blamed the United States for an attack at Baghdad International Airport Friday.

There was no immediate comment from the U.S. or Iran.

THIS IS A BREAKING NEWS UPDATE.

Less than an hour after their alert, The Post changed their headline to “Senior Iranian, Iraqi commanders killed in Baghdad airstrike - Iraqi state TV.” The subhead, however, was ugly: “If confirmed, death of Qassem Soleimani would stoke US-Iran tensions.”

No one claimed immediately responsibility for the strike, which Iraqi television also said killed Abu Mehdi al-Muhandas, an Iraqi militia commander, near the Iraqi capital’s airport, but the death of Iran’s most revered military leader appeared likely to send tensions soaring between the United States and Iran.

Soleimani, who has long been Iran’s most prominent military figure and is closely linked to the country’s foreign proxy groups, has taken on an enhanced role in Iraq as the country’s Shiite militia groups have gained new clout in recent years.

The strike comes amid already increased friction between Washington and Iran over what U.S. officials say is a campaign of sustained aggression against the United States and its allies.

One puts all this together and what’s revealed is how, for all the liberal talk about how the media engage too frequently in false equivalences between the right and left (with the former being the only noble, truthful side), The Post might want to look at ending this so-called “both sides” behavior toward Islamic terrorists and those that aren’t.

So, to recap, The Post gives top billing to deceased terrorists, but conservatives, the Republican Party, and President Trump? They might as well be Nazis and Trump a reincarnation of Hitler.

Lastly, thoughts and prayers to the Obama administration and specifically Ben Rhodes. Because based on the way liberal and progressive foreign policy experts are reacting on Twitter, they’re going to need them.