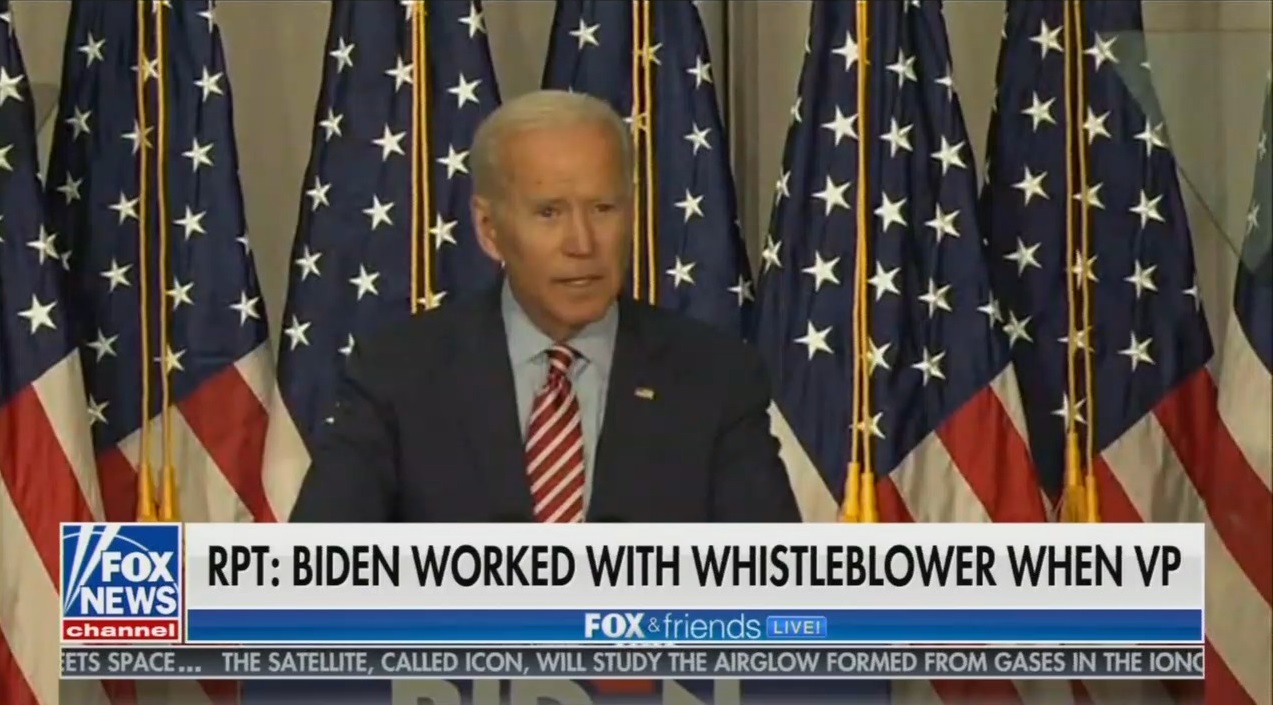 But on the Friday morning and evening flagship broadcast network newscasts, this update was ignored. While it was a “professional” relationship versus a political one, the news should be still be worth covering considering the exhaustive coverage dedicated to a now-infamous July 25 phone call between Trump and Ukrainian President Volodymyr Zelensky.

All six newscasts mentioned the Biden name in context of the former Vice President and/or his sleazy son Hunter, but they were during reports about the arrest of two Rudy Giuliani associates, congressional testimony from a former U.S. Ambassador to Ukraine, a Thursday night Trump rally, and the request from the whistleblower’s legal team that he answer questions in writing.

Michael Atkinson, the Intelligence Community's inspector general, told members of Congress that the whistleblower had a "professional tie" to a 2020 Democratic candidate. He had written earlier that while the whistleblower's complaint was credible, he had shown "some indicia of an arguable political bias ... in favor of a rival political candidate."

As an experienced CIA official on the NSC with the deep knowledge of Ukraine that he demonstrated in his complaint, it is probable that the whistleblower briefed Biden and likely that he accompanied him on Air Force Two during at least one of the six visits the 2020 candidate made to the country.

The trio noted that Biden had been the Obama administration’s “‘point man’ on Ukraine, making a half dozen trips there in his eight years as vice president” that would have included travel with intelligence officials.

They added that while the whistleblower’s legal team have “immediately insisted their client was not motivated by political considerations, but their cryptic comment fueled speculation about his identity.”

Not surprisingly, the Friday evening broadcast network evening newscasts ignored that too.

Among the topics covered instead included a brief on ABC’s Good Morning America on a new Harry Styles music video, the CBS Evening News covering Jane Fonda’s arrest at a D.C. climate change protest. On NBC Nightly News, the show ended with a plug for the book co-authored by the girl whose photo standing in awe of a Michelle Obama portrait at the National Portrait Galley went viral.