On Tuesday night, Politico Magazine senior writer Michael Grunwald seemed to have inadvertently auditioned for a role on former Vice President Joe Biden’s campaign by offering a hilarious defense in light of news first reported by our friend Peter Hasson at the Daily Caller News Foundation that Biden’s environmental proposal “used nearly identical language from other sources in at least five different passages.”

Responding to these new questions about Biden and — yes — plagiarism, Grunwald tweeted this nonsense: 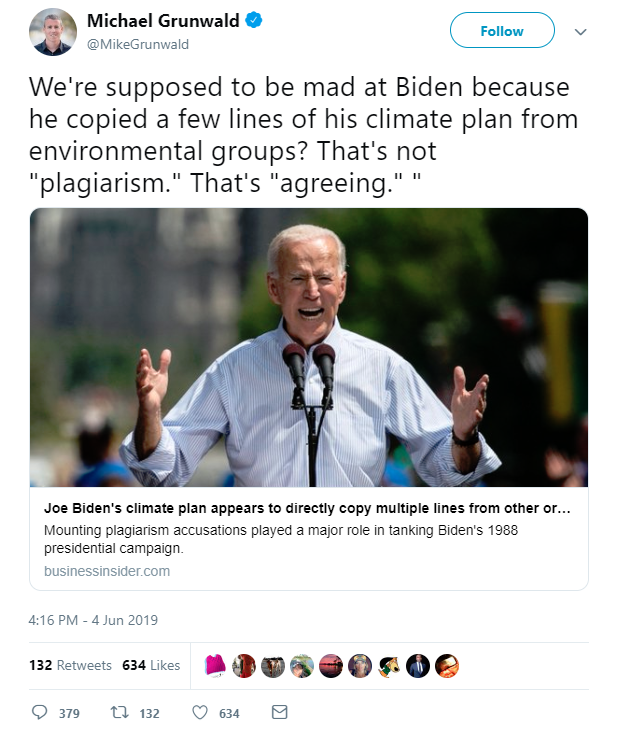 Unfortunately, plagiarists such as Stephen Glass didn’t offer up that defense when they ran into hot water.

Instead of take the loss, Grunwald dug an even deeper hole: 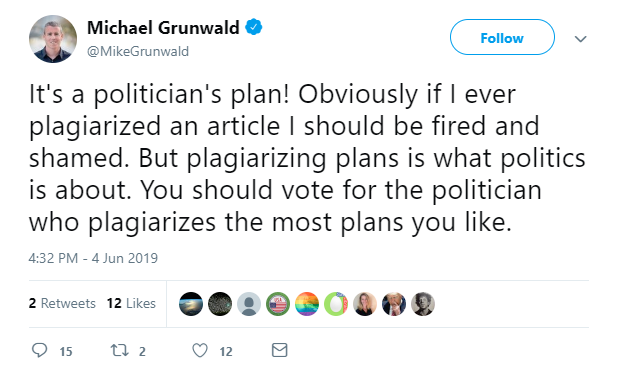 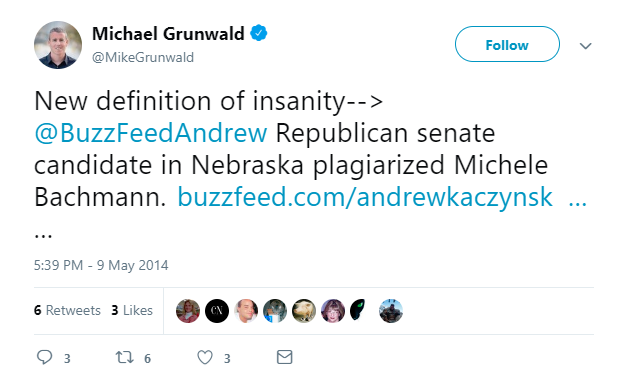 As for the story that called attention to the Biden campaign’s lack of original content on the environment, below are some highlights from Hasson’s article (click “expand”):

A subsequent review of Biden’s plan by The Daily Caller News Foundation identified three other examples of similarly phrased excerpts.

After this article was published, the Biden campaign told Business Insider that the missing citations were “inadvertently” excluded.

“Several citations were inadvertently left out of the final version of the 22-page document. As soon as we were made aware of it, we updated to include the proper citations,” the campaign told BI.

Not convinced? Here’s a link to Merriam-Webster’s definition of plagiarism and, needless to say, they match up with what the Biden camp released!