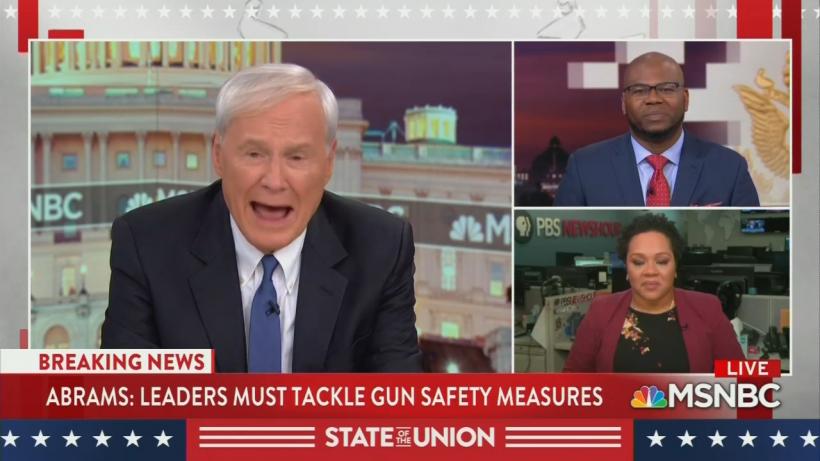 While it’s doubtful that Matthews will ever have another thrill go up his leg, there’s been moments where he’s gotten close and Tuesday’s State of the Union response by Georgia Democrat Stacey Abrams was one such example.

In a tease for an Abrams segment, Matthews hyped that “a rising star in the Democratic Party delivers an “inspiring, heartfelt response” that was “very happy,” “very impressive,” and “patriotic” speech promoting “progressivism.”

Matthews went on after the break that Abrams was “happy” and “patriotic liberal” and gave a speech that “was so basic and optimistic” that he found to be “perfect.”

He also made clear to panelists Yamiche Alcindor from PBS and The Root’s Jason Johnson that he “liked the idiomatic way she talked” and proving that “humanity came across tonight” from her as “positive,” “upbeat,” and full of “charm.”