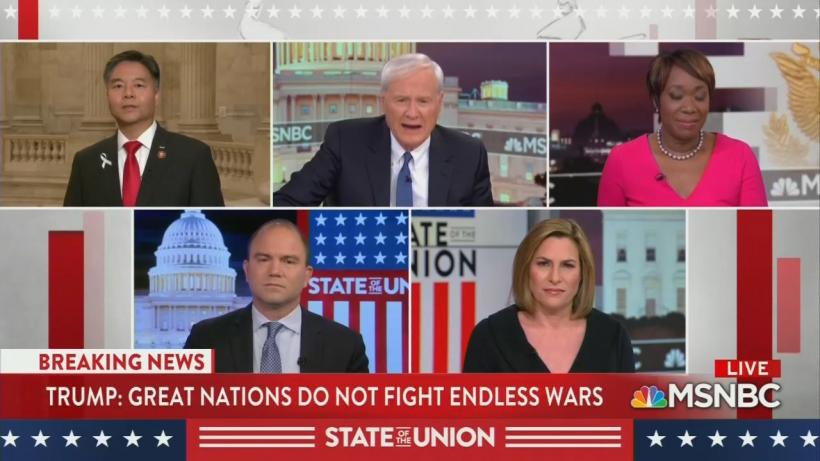 Matthews seemed incensed that the President would denounce those seeking to make America a socialist country, telling panelists that “fortunately, there is a world to look at” because “[t]here is a lot of different laboratories of socialism.”

“There is the northern Europe version, which is democratic, and there's some horrendous versions that come out of the Soviet Union and the Warsaw Pact, which they call themselves socialist republics and all and then we have the Latin American version right now with Venezuela and Cuba. I thought that was a pretty direct shot at Bernie, at AOC,” he added.