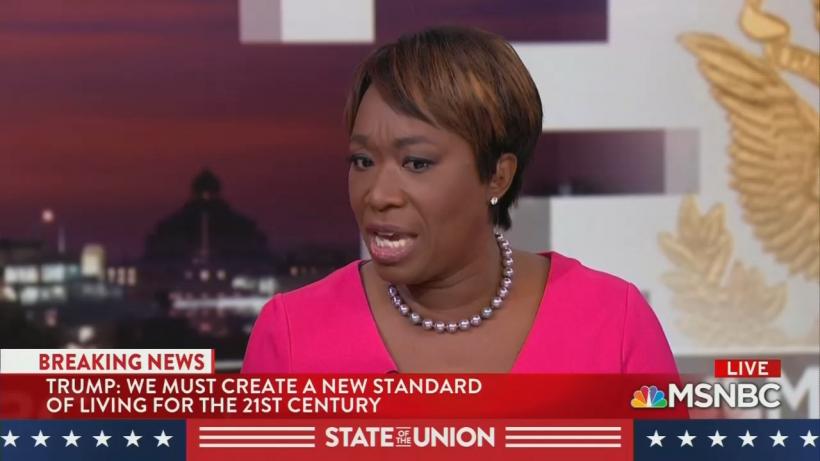 AM Joy host Joy Reid was in prime form, lashing out at President Donald Trump’s speech as “so grandiose and over the top” geared toward “his base” with the notion of a “brown scare” that he pushed thanks to “this poor family that had this tragedy to illustrate how dangerous immigrants are.”

She later reasserted this insanity when she seethed with a cartoonish view of how conservatives, Republicans, and Trump supporters view immigrants by going after the Angel Family, Fox News, and the First Step Act:

And by the way, they visually made that case by having this angel family, this poor family that had dealt with a loss. They're showing you literally the white working class that are victimized. They visually show it to you and nothing in this speech was designed to move you off of the Fox News narrative of what America is....They're being very careful. They’re saying the border guard is Hispanic and the people that he shows that are African-Americans, well, they're people that we're letting out of prison....They’re hitting all of the Fox News talking points.

Also in the hour, Reid made two mentions of her disgust with the President denouncing late-term abortions and infanticide. Reid stated at one point her disdain with Trump’s “hardcore abortion politics” and then later she fretted that Trump “wants the government to have coercion and control over women's bodies.”