WHAT? Cable News Republican Tries to Argue How Hitler Was Better Man Than Trump 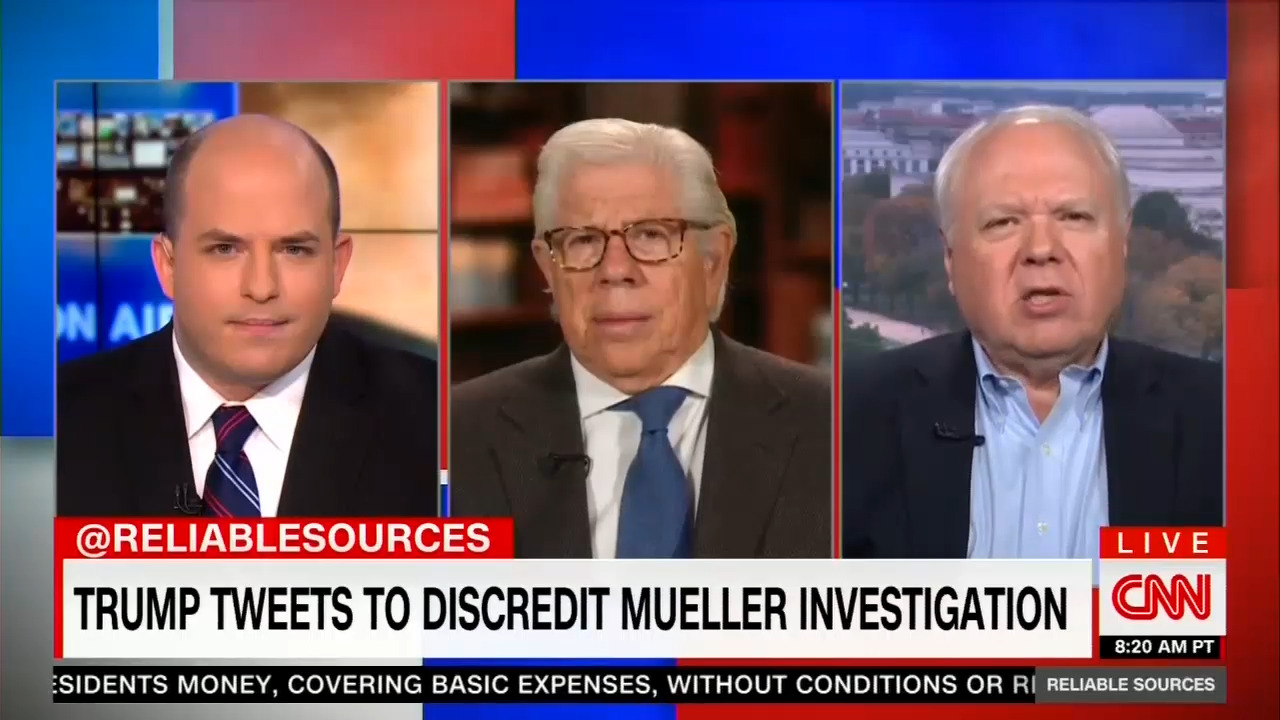 So praising Hitler to own the cons is the new strategy, eh? Good luck with that.

Frequent CNN and MSNBC Republican guest Bruce Bartlett decided to go down quite the rabbit hole Tuesday afternoon, opining on Twitter that Nazi leader Adolf Hitler was a better person than President Donald Trump because he served in the (German) military during World War I, was supposedly faithful to his wife (which was debatable), and wrote a book on his own. 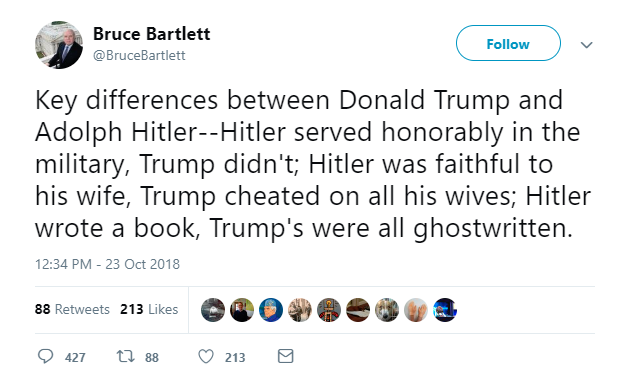 But wait, there’s more! He then doubled down in the few hours since the original tweet, comparing illegal immigrants to Jewish Holocaust victims and suggesting that it’s something that’s only upseting to “Trumpsters”: 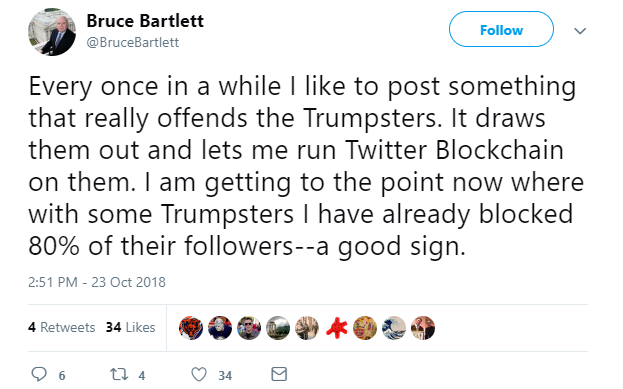 Bartlett made the comparison even deeper when he tweeted that Trump rallies were akin to Nazi rallies: 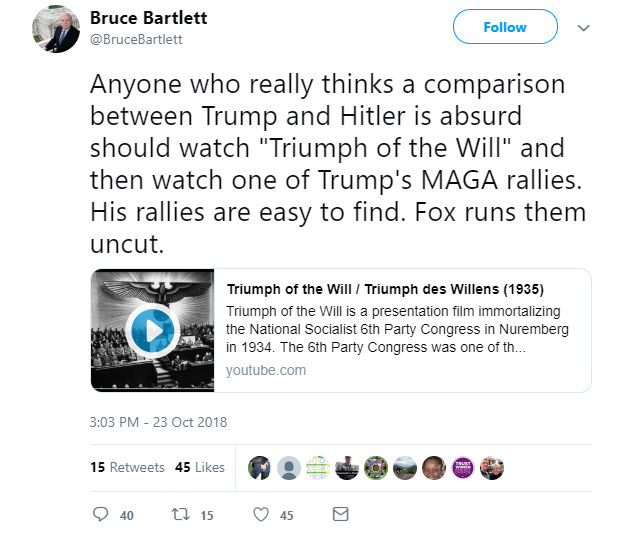 A quick check of NewsBusters, Nexis, and Snapstream records found that Bartlett has appeared as a treasured guest to trash Republicans on MSNBC shows hosted by Chris Hayes, Rachel Maddow, Lawrence O’Donnell, the late Ed Schultz, and Ali Velshi. 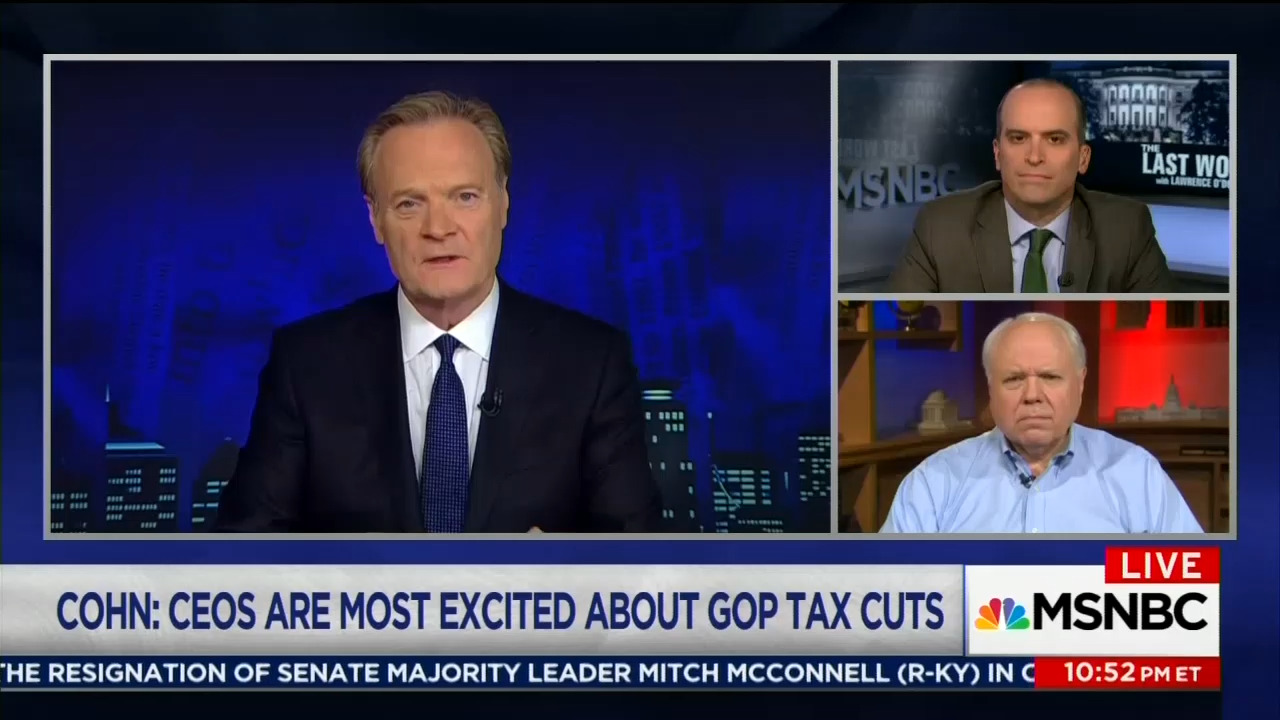 Considering if this were, say, a person who became a semi-familiar face on the Fox News Channel, both liberal cable networks would rightfully be up in arms about how someone with such extreme rhetoric could have ever been invited on as a guest (even if it’s come well after his appearances). And one can’t forget the CNN Media Team, whom it’s safe to say would be banging down the doors of every host who had him on, and their advertisers.

Let it serve as another reminder that it pays to be a part of the Jeffrey Zucker-circus at CNN and the hypocrite-laden MSNBC. 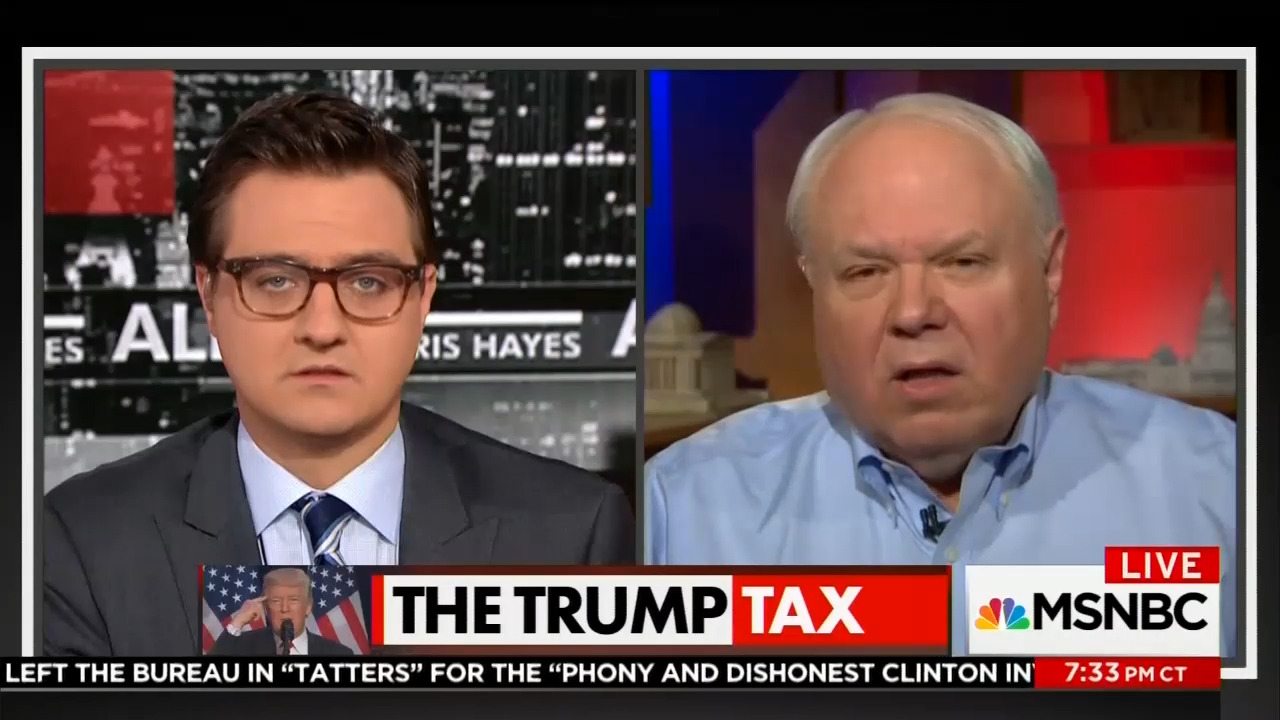 Then again, a look at some NewsBusters headlines featuring Bartlett illustrate that it’s not shocking at all that he made this asinine assertion about Trump being worse than the person responsible for the deaths of six million people:

In the end, though, the most important takeaway from all this can be found in a tweet by former IJR editor Caleb Hull: 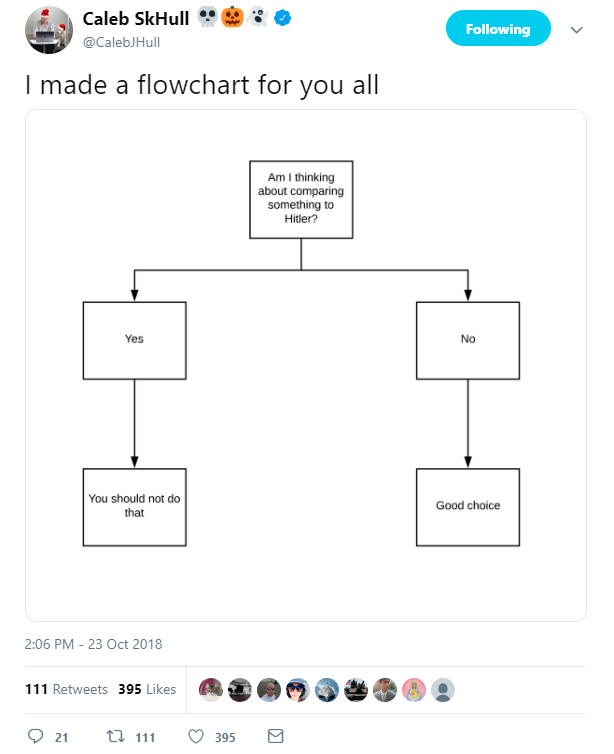