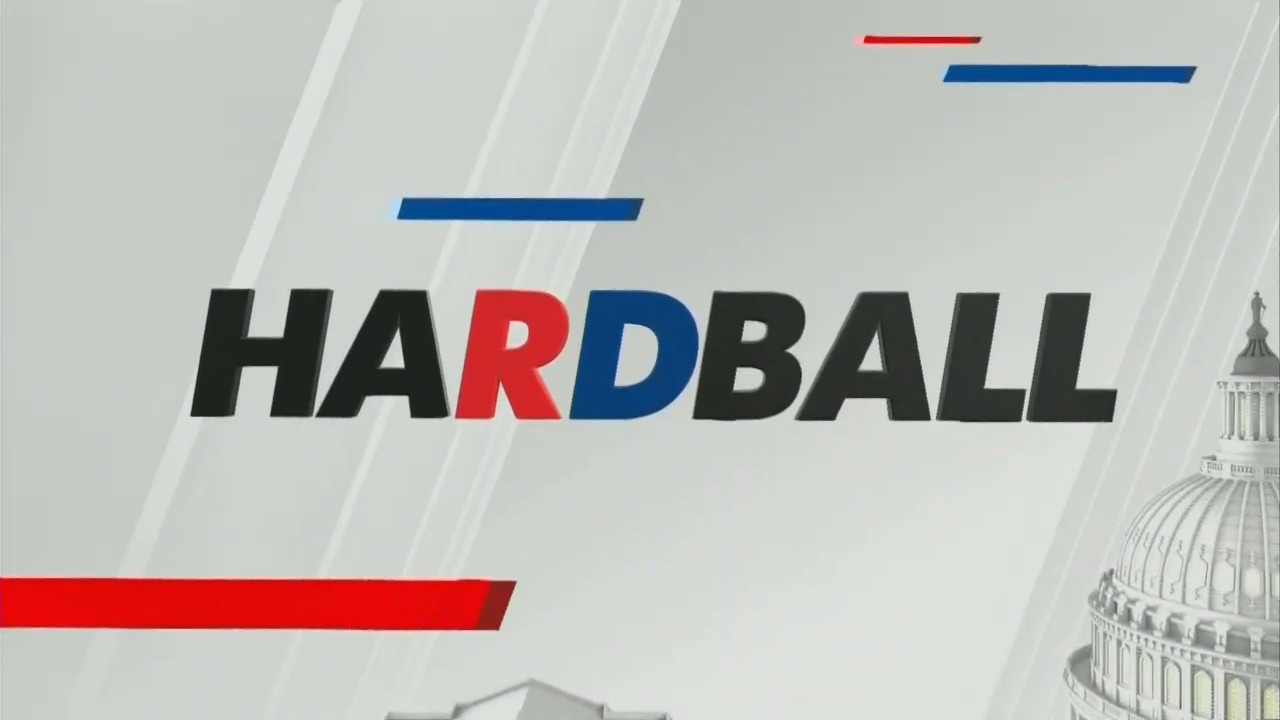 Tuesday’s Hardball saw host Chris Matthews and a few of his guests come locked and loaded for battle, illustrating the left’s rabid desire to convict Supreme Court pick Brett Kavanaugh in the Court of public opinion and perhaps a future court of law based on, at best, wobbly evidence.

With cameos from SiriusXM’s Zerlina Maxwell and everyone’s favorite fake Republican in The Washington Post’s Jennifer Rubin, Matthews had plenty of help in the assassination of Kavanaugh’s character plus those who support him.

2. Matthews and Friends: GOPers ‘11 White Men’ Are ‘Potted Plants’ Hiding Behind a Woman 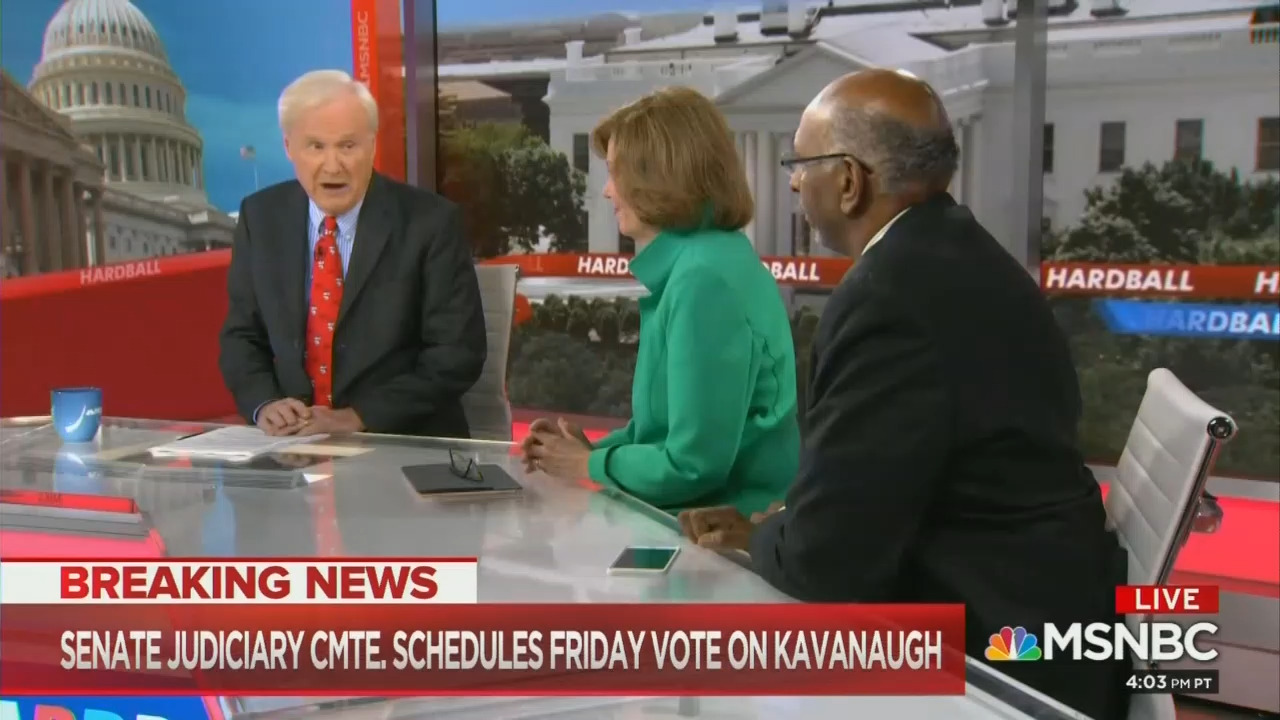 In the show’s A-Block, Matthews went to USA Today’s Susan Page to gripe that it’s odd how “11 men who have waited all their lives to be members of the Judiciary Committee” and, with the television hearings nearly upon us, “they're outsourcing to some sex crimes prosecutor, a woman to come in and do the work for them.”

Page replied that “it illustrates how toxic they think this has the potential to be for themselves and their party” with the numbers of female Republicans “eroding since President Trump was elected.”

Matthews replied that Republican Senators will look like “potted plants” and former RNC chairman Michael Steele agreed by engaging — what’s the word for it — sexism:

They are hiding behind the skirt of a woman who will question in their stead, another woman about allegations that she's made, and that, to me — I don't care how you try to reframe this, the cameras are not going to be on questioner. The cameras are going to be on the 11 white men sitting behind the questioner, as these questions are going to be part of what they want asked, so they're going to be reflective of what their particular staffs have come up with...[B]ut no one, no one watching this will walk away thinking, oh, well this was a conversation between two women. No, it's 11 men behind a woman asking Dr. Ford these questions and that image is going to be one that's going to haunt them right through to November. 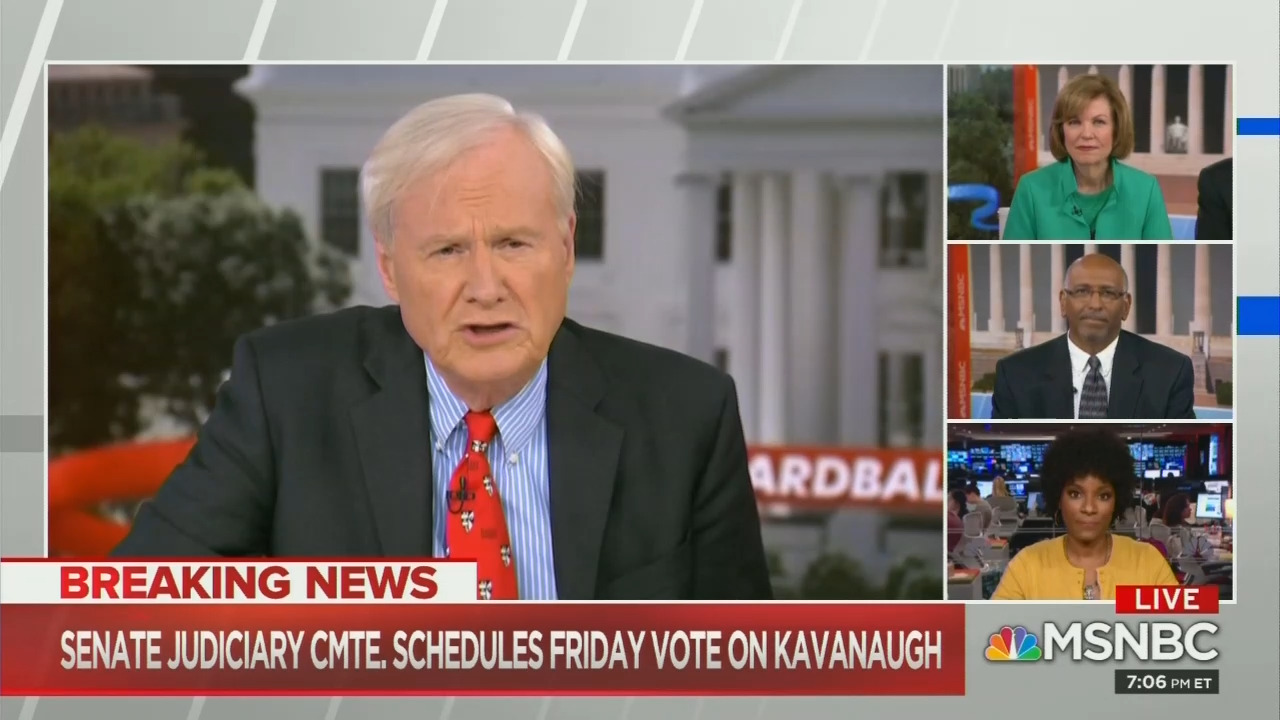 Hours before Republicans named Rachel Mitchell as the outside lawyer to question Ford and Kavanaugh, Maxwell told Matthews that she finds it interesting that “we haven't mentioned the name of this sex crimes prosecutor because Republicans are withholding her name to protect her safety” who will be brought “in to basically shill on their behalf and not thinking about Dr. Ford and what's appropriate for her.”

Seemingly divorced from the reality that Ford, Kavanaugh, and Kavanaugh’s family have received death threats, Matthews replied by questioning the notion that this lawyer would be targeted.

“Are you sure that's for real or that's for shows? That sounds like theater to me,” Matthews surmised.

Without evidence, he added that “I wonder whether they're not playing a game of theater” to which Maxwell thanked him for calling out and “giving them way too much benefit of the doubt” ahead of the “complete and total sham hearing here on Thursday.”

She also played up the credibility of the allegations leveled by Michael Avenatti, which is a bad sign when it comes to whom Maxwell thinks is worth trusting.

Later, Maxwell claimed that Kavanaugh had been lying about his romantic relationships in light of a New York Times hit job concerning his high school yearbook (which has some serious problems) and that it’s “very problematic” since “we're talking about potential crimes.”

4. Jennifer Rubin Deems Ford ‘Credible’; ‘She Is the Most Important Person in the Country’ 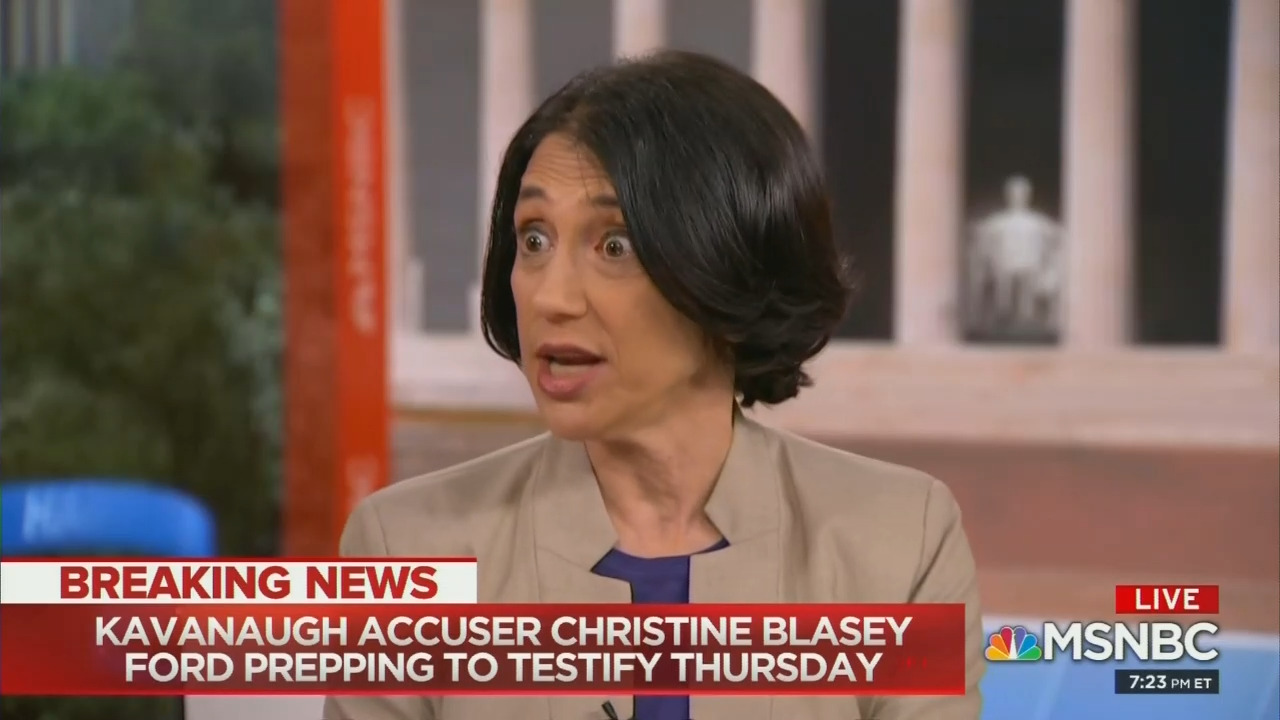 In the next segment, Matthews told Rubin that, despite there being zero supporting witnesses and Ford’s inability to answer when and where the alleged assault took place, there’s “a lot of detail about this and no sort of exculpatory” evidence to help Kavanaugh.

Rubin similarly chose not to engage in facts by declaring that “there is corroborating information” and thus Republicans “have a problem with her because she’s a credible person.” Not only that, but Rubin deemed her “the most important person in the country.” Yeesh.

Continuing to make claims without evidence, Rubin predicted that Ford will be someone “who looks poised, who looks sane” and “had to be credible” even if she’s less “credible than Kavanaugh.” So it appears that Rubin subscribes to Mazie Hirono’s view of guilty until proven guilty.

5. Matthews: Kavanaugh Will Come Across Thursday Like Marco Rubio Repeating Himself 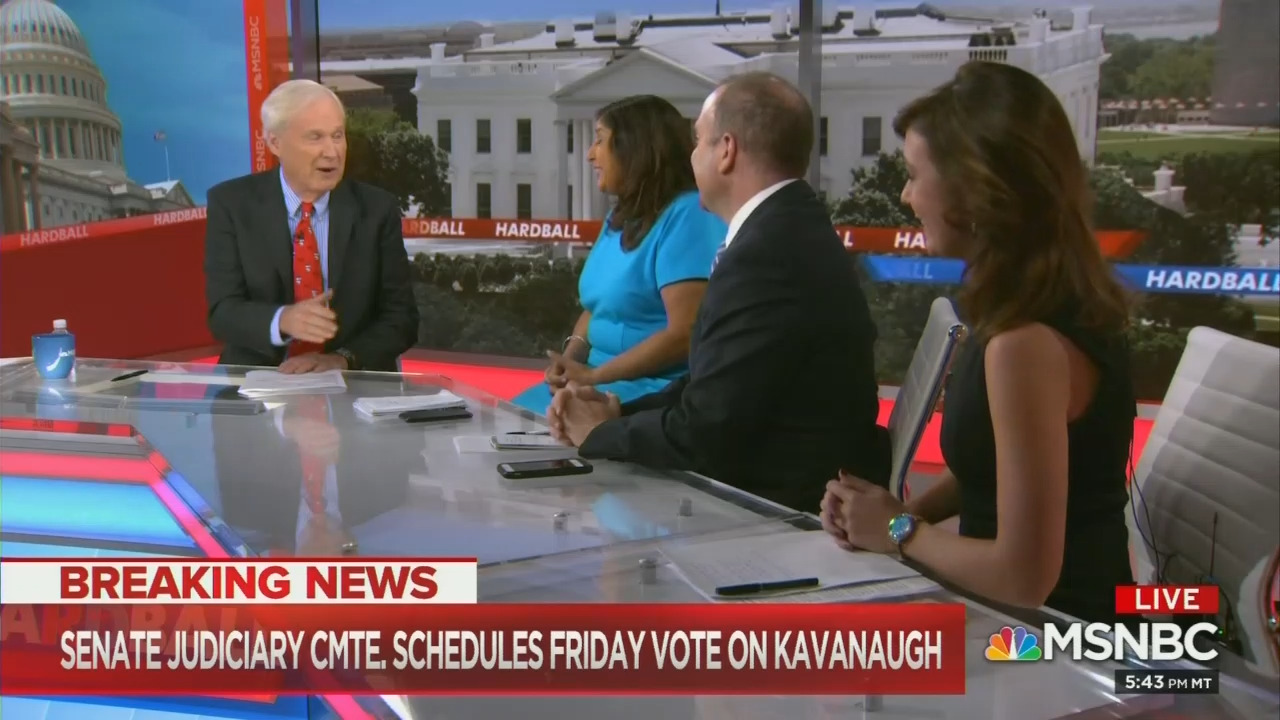 To cap off this list with a short and not-so-sweet take, Matthews argued later during his Hardball Roundtable segment that Kavanaugh will appear in Thursday hearing like a robot as Florida Republican Senator Marco Rubio did in that infamous political debate:

Kavanaugh denied the two allegations of sexual misconduct against him and what appears to be his main talking point requesting a, listen up, fair process, 17 times he said it while defending himself....What do you think of a guy so obviously lawyered up and he’s going to do this. How many times can he say this? It's like poor Marco Rubio, remember him? In those debates when he went into Robo.