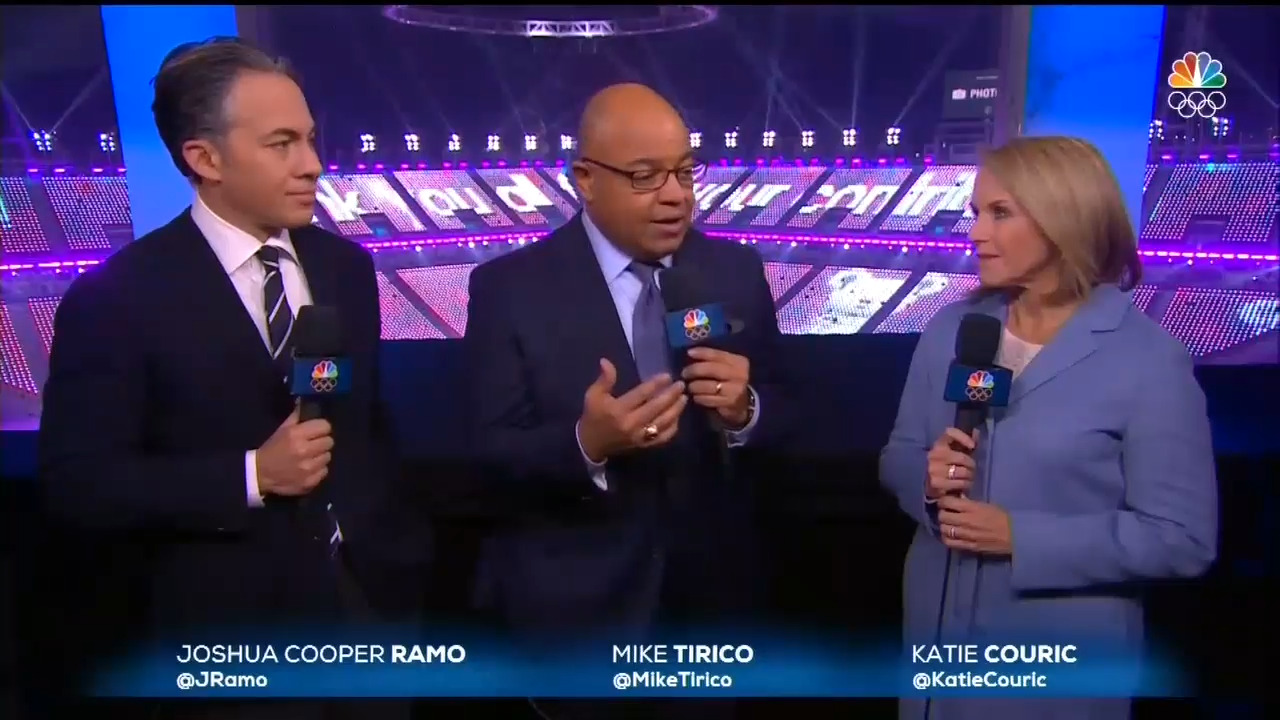 Just imagine a world where seemingly everything bad is President Trump’s fault. For Washington Post sports columnist Jerry Brewer, that seems to be the world he inhabits.

With the title being “At these Olympics, ‘sorry’ seems to be the most common word,” it didn’t seem like Brewer would invoke Trump and much of the column didn’t leave that impression either.

They’re sorry at these Olympics. They’re all very sorry.

NBC analyst Bode Miller is sorry for mansplaining that Austrian skier Anna Veith is a struggling former gold medalist because she got married. NBC’s Katie Couric is sorry for insulting the Dutch, who have the world’s greatest speedskating tradition, by saying that skating is “an important mode of transportation” in the Netherlands when canals freeze, making it seem as if the poor folks put on the blades just to go to work and school during winter. Joshua Cooper Ramo is sorry (and out of a job at NBC) for praising Japan, which occupied Korea from 1910 to 1945, for its role in Korea’s transformation.

What’s with these Winter Olympics? There has been lot of remorse in the first week....It’s like people want insensitivity to keep pace with the number of norovirus cases here. For many reasons, it’s a delicate time in the world right now, and the hope of the Olympics is always that its spirit will provide more than two weeks of global mascara. As usual, the Games have been fun and full of inspiration, but messes tend to pile up.

Brewer lamented that “the NBC trio of Miller, Couric and Ramo have damaged the perception of the network’s Olympic coverage,” but it was here that he dragged Trump into the matter.

Brewer didn’t utter Trump’s name yet, but one knew where he was going: “All of the broadcasting sins were avoidable, but the loose lips weren’t surprising because we live in an era in which it has become acceptable to spout off, push opinions to the edge and not care who’s listening.”

Brewer argued that people like Couric are “allowed to make mistakes,” but peeving Dutch people, offending Koreans, and joking about marriages killing athletic careers didn’t happen because people have streaks of unprofessionalism.

Oh no, because you see, it’s Trump’s fault:

But it’s not merely a coincidence so many Americans are cramming their feet in their mouths, at these Olympics and beyond, on television and off.

Society is increasingly coarse. It was happening before President Trump, but then the country elected a Twitter troll who has bragged about groping women, called protesting football players “sons of bitches” and introduced “s---hole countries” into our national dialogue. Ignore political leanings. Trump could end up doing great things in office, but he still will go down as our most profane, word-abusing leader. Sadly, he’s just a powerful symptom of the mortifying current discourse.

“S***hole countries” led to being culturally insensitive about Japanese occupation of the Korean peninsula? “Sons of bitches” contributed to Couric suggesting the Dutch excel at speedskating because that’s a necessary mode of transportation? Please. This was just an excuse for Brewer to spout off about his distaste for Trump.