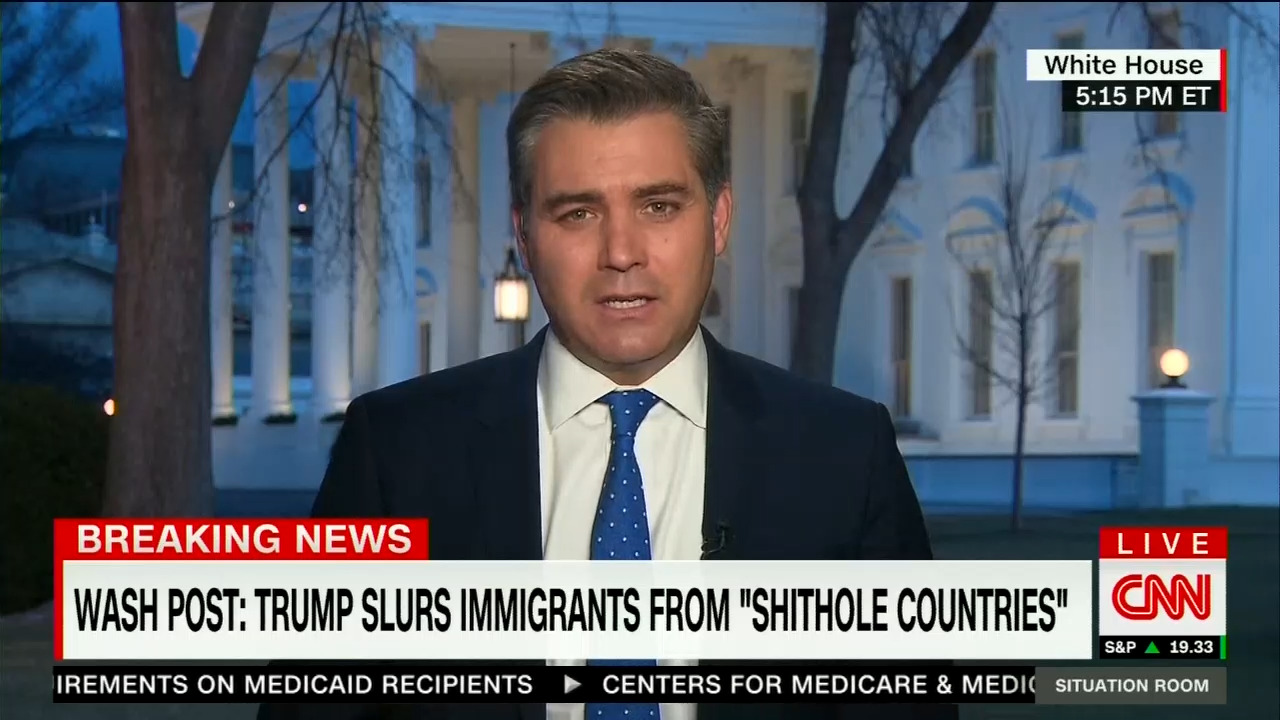 On Thursday’s The Situation Room, CNN analysts and correspondents brought out the long knives for President Trump after his disturbing and startling comments about certain countries being “sh***holes,” using it to bludgeon home the notion that Trump is “racist” and “inject[ing] a lot of poison” into the immigration debate.

Chief White House correspondent Jim Acosta led the way in CNN’s casual, uncensored use of the word in question. Around 5:15 p.m. Eastern, Acosta declared that, taken his history into account, “the President seems to harbor racist feelings about people of color from other parts of the world.”

Legal analyst Jeffrey Toobin unloaded on how “highly significant” Trump’s comments about life for people in Africa, El Salvador, and Haiti showed that he has “racist views” (and, by most interpretations, racist himself).

“There are a lot of people who like this. I mean, when are we going acknowledge that...it's not some mistake that he has to take back? This is who he is and this is, in part, why he won. That, frankly to me, more troubling,” he added.

CNN Politics editor-at-large Chris Cillizza cited Charlottesville, the LeVar Ball tussle, and the NFL protests as examples that one cannot “draw any conclusion other than he has views that we would have to describe as racist views.”

Moments later, The Wall Street Journal’s Michael Bender observed that Trump’s used made “racist-infused” commentaries before Cillizza chimed back in: “This is not the first time he's even, he's made a number of comments that are, if not walking the line of racist, over the line.”

Acosta resurfaced in the next hour, stating that this will “poison” the country’s immigration debate. He also professed: “What these remarks reflect is that the President just seems to harbor some deep-seeded racial attitudes about people of color coming in from other parts of the world[.]”

Chief political analyst Gloria Borger took a shot at his campaign slogan, asserting that “this is a President who not only seems to understand his office of the presidency but no understanding of what America is and who Americans are and actually what makes America great.” 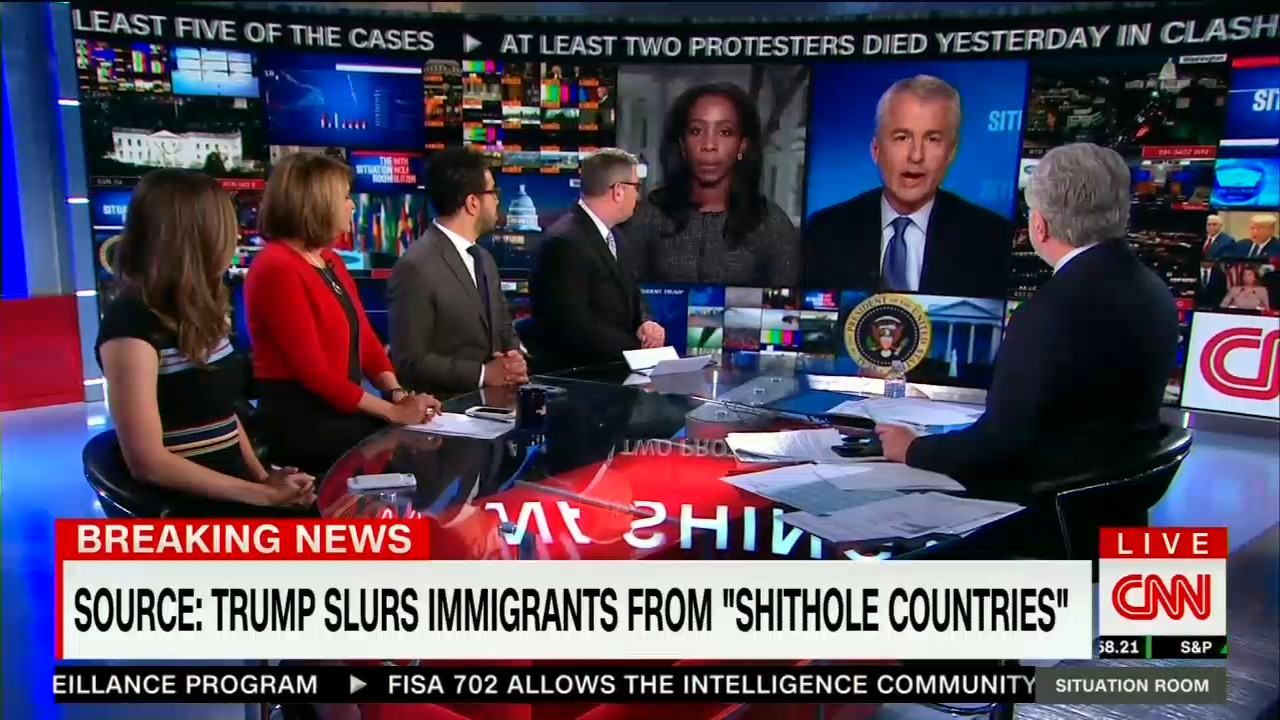 For some reason, counterterrorism analyst Philip Mudd was invited to comment on Trump’s comments and unleashed a vulgar tirade that drew zero condemnation from his colleagues:

I'm a proud shitholer. My family was called WOPs....We came from Italians and Irish who were regarded as people from shithole countries. A century, we used to call people slant eyes. Chinese immigrants that were now ashamed of speaking about it in those terms because they came from a shithole country...In the 1940s, we called people traitors because they came from a shithole country we called Japan and ashamed. We called people who fled from conflict from Central America spicks and wetbacks and were ashamed. The President is growing this country on the backbone of bigotry...[H]istory will tell you that, if you don't read history, you'll repeat them. That's what our President did for us today. I am not proud.