Also, the same network that bemoaned the off-camera briefings like it was a sign of the apocalypse declined to carry the whole briefing. Just over four minutes were dedicated to Energy Secretary Rick Perry’s remarks to the briefing room before pulling back and returning 34 minutes later when Sanders took to the podium.

Needless to say, Acosta’s out-of-control yelling was nowhere to heard. 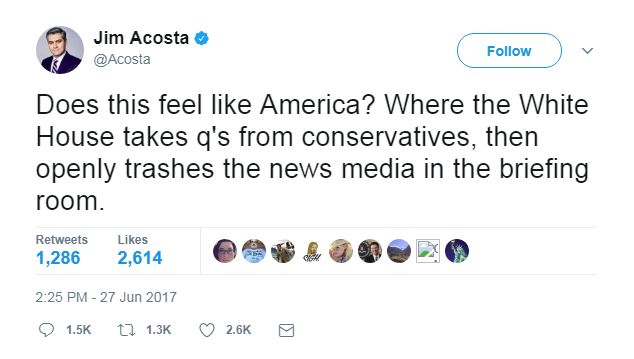 As this space told Acosta on Twitter, fellow establishment media colleagues such as CBS’s Major Garrett, Bloomberg’s Jennifer Jacobs, NBC’s Kristen Welker, and NPR’s Mara Liasson all received questions. Further, who died and made Acosta king of who deserves a question?

So, in other words, this claim can be deemed pants on fire.

Meanwhile, Byers did his best to rival Acosta. His tweets started off as normal (but from the left), but nothing out of the ordinary: 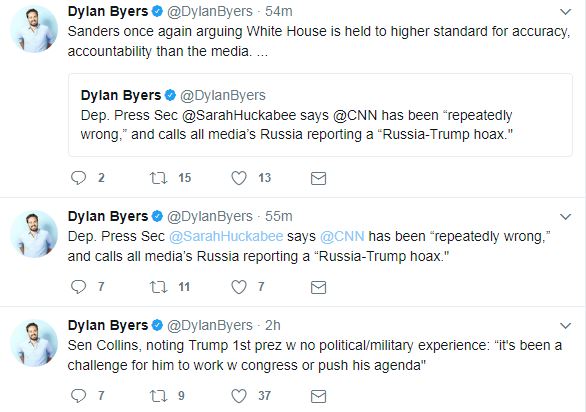 Byers retweeted one argument that “White House loves this showdown over media coverage in the White House with indignant reporters” before displaying perhaps the biggest case of smugness and disdain for conservatives as anyone will see. Here it is: 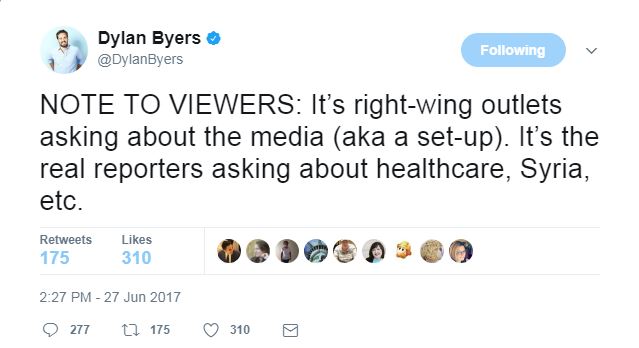 Right on cue, Byers took to promoting Karem with all his might, tweeting a line from his attack on Sanders for daring to question the media: “What you just did is inflammatory to people all over the country.” 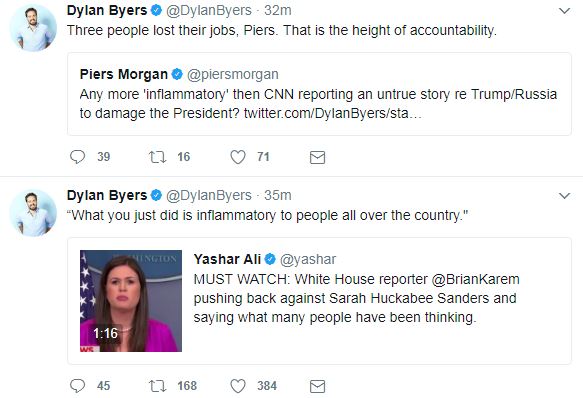