In the last 36 hours, CNN and the Fox News Channel (FNC) came to blows following a report by CNN media reporter Dylan Byers that FNC host Sean Hannity whipped out a gun and pointed it at Juan Williams following a heated debate last year on the set of his eponymous show.

Since then, both Hannity and Williams vehemently downplayed the story, suggesting no one was harmed. Williams went as far as to slam Byers for making the story “sensationalized – everything was under total control throughout and I never felt like I was put in harm’s way.”

“It was clear that Sean put my safety and security above all else and we continue to be great friends,” Williams added in the second of two tweets.

Here’s what Byers reported in his story (which also delved into how and what Hannity says on Twitter late at night):

Still, Hannity's version of entertainment can go too far. Last year, after ending one of his many spirited on-air arguments with liberal contributor Juan Williams, Hannity pulled out a gun and pointed it directly at Williams, according to three sources with knowledge of the incident. He even turned on the laser sight, causing a red dot to bob around on Williams' body. (Hannity was just showing off, the sources said, but the unforeseen off-camera antic clearly disturbed Williams and others on set.)

For the record: Hannity's colleagues brought the Williams incident to the attention of Fox News executives, though it's not clear whether anything came of it. The sources said it went to Bill Shine, the network's co-president and longtime Fox News executive, who is Hannity's longtime friend and a former producer. A Fox News spokesperson said the incident was referred to the legal and human resources departments.

Byers was also kind enough to include a statement from Hannity giving his side of the story:

While discussing the issue of firearms, I showed my good friend Juan Williams my unloaded firearm in a professional and safe manner for educational purposes only,” Hannity said in a statement. “Every precautionary procedure that I have been trained in since the age of 11 was followed. I’ve had a conceal carry permit in five states for all of my adult life. Any other interpretation of this is outright false reporting.”

Nonetheless, Hannity later ripped into Byers on Twitter and resorting to explicit language to deny the story and then tweeting stories from The American Spectator and World Net Daily about the scuffle: 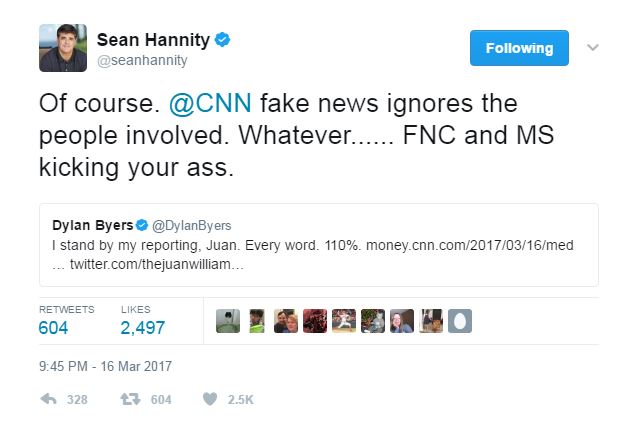 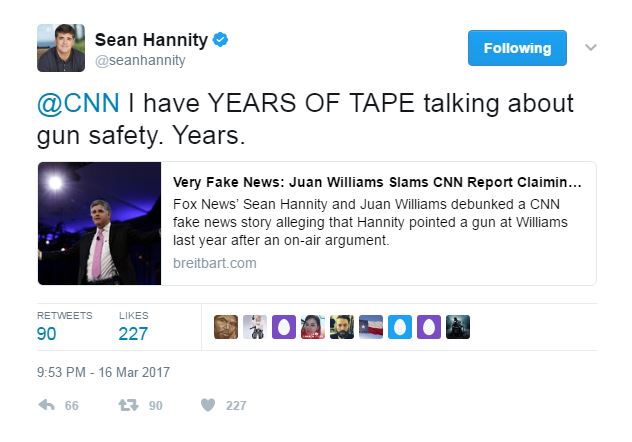 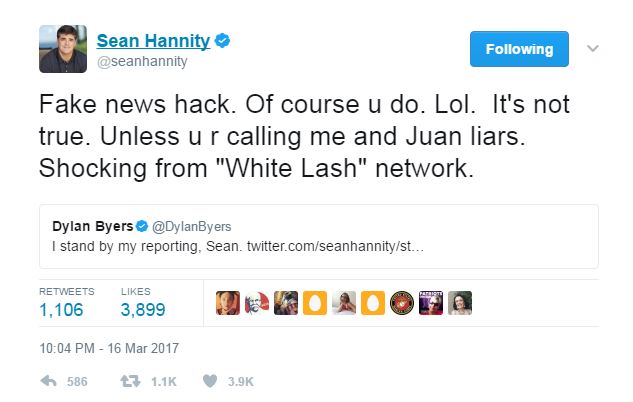 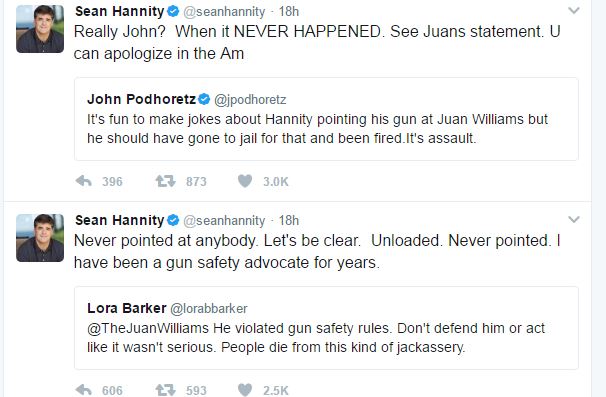 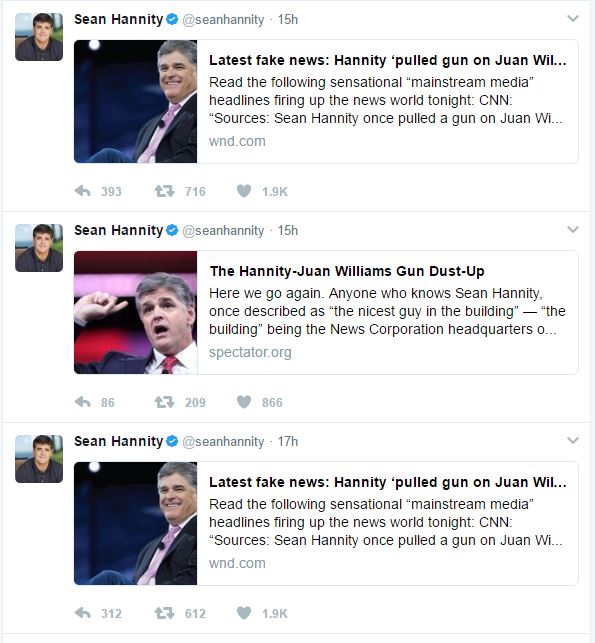 Needless to say, with Hannity facing off against a liberal media reporter like Byers, this scuffle is unlikely to end anytime soon.