In a sad but entirely predictable turn, the far-left seized on the horrible shooting at UCLA to tout on Twitter their gun control agenda and attack lawful gun owners as well as people of faith for praying in this dire time.

CNN political commentator Sally Kohn was one of the first to denounce people of faith by lecturing that she’s “[p]raying for everyone at #UCLA” even though she thinks that “prayers aren’t enough to end the scourge of gun violence.” Naturally, she followed with the hashtag “[e]nough.” 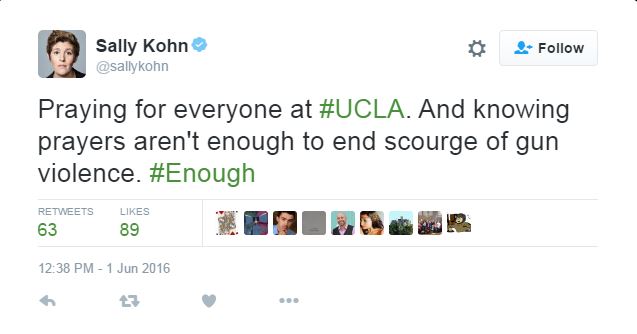 Think Progress writer Igor Volsky also couldn’t be left out as the extremely vile pundit went after the Fox News Channel in this tweet: 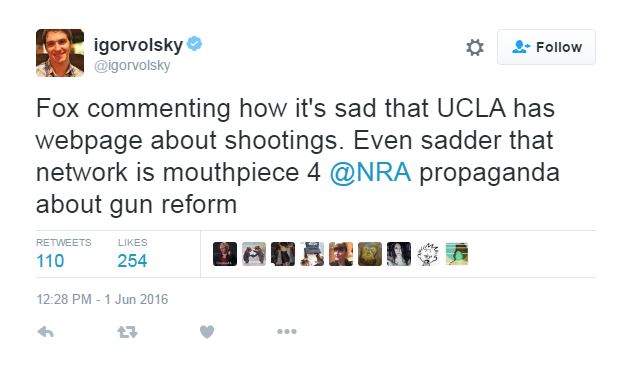 Volsky then retweeted Kohn before linking to a Dallas Morning News article on the shooting and commenting that “[t]his would be at least the 123rd shooting in 2016, according to Gun Violence Archive.” 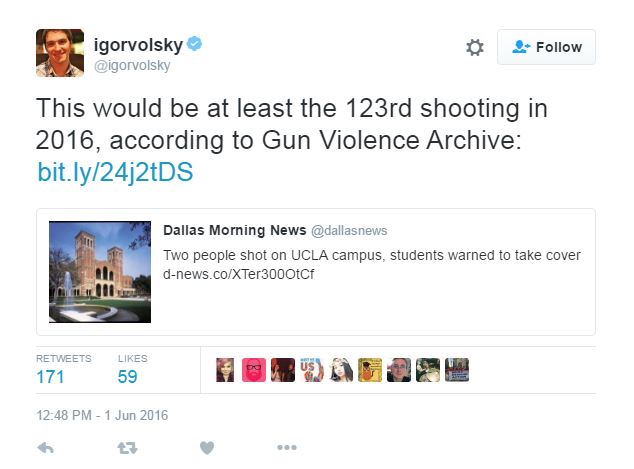 Actress Debra Messing took it one step further by tweeting a picture of herself wearing an orange shirt promoting the now-debunked and scandal-ridden Katie Couric documentary Under the Gun and described the situation as “horrendous” in all caps.

In addition, Messing revealed to followers that she’s “[w]atching news about shooting at UCLA with casualties while taking selfie 2bring awareness to Gun Violence.” 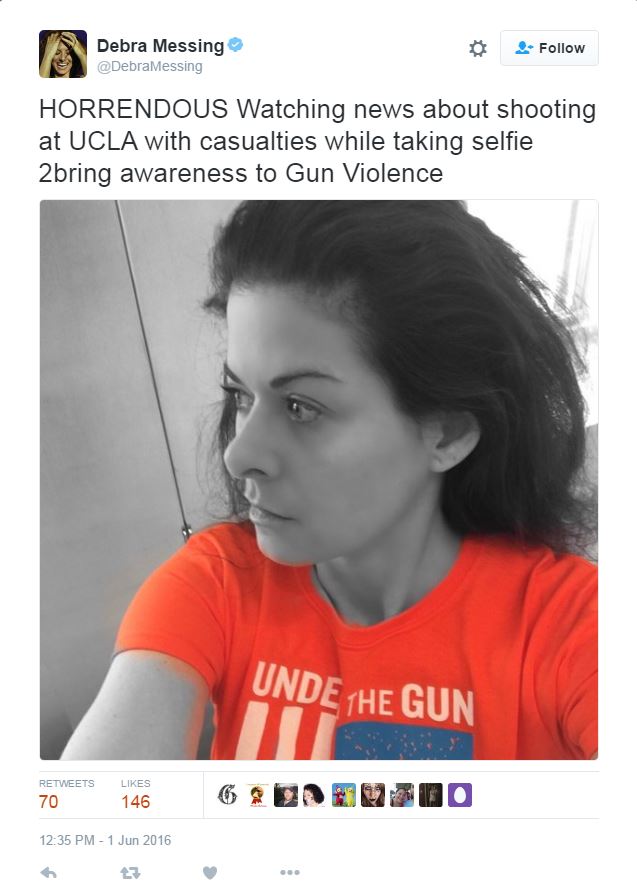 Minutes later, she deleted the tweet and sent out three tweets explaining that she considered “the horrendous irony of the timing” and stated that she’s “sorry” for posting a something that many saw as “misconstrued and caused offense.”

“That’s the last thing I want to do,” she added. 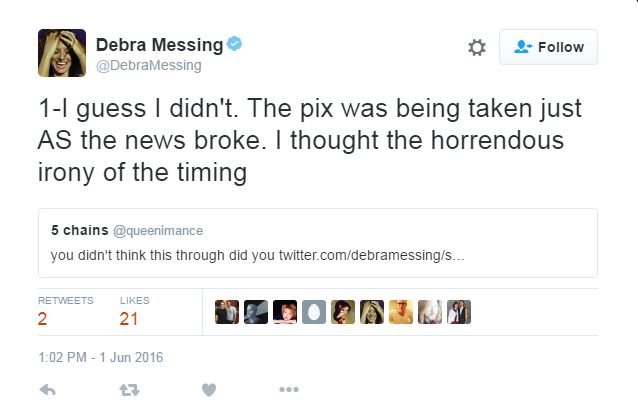 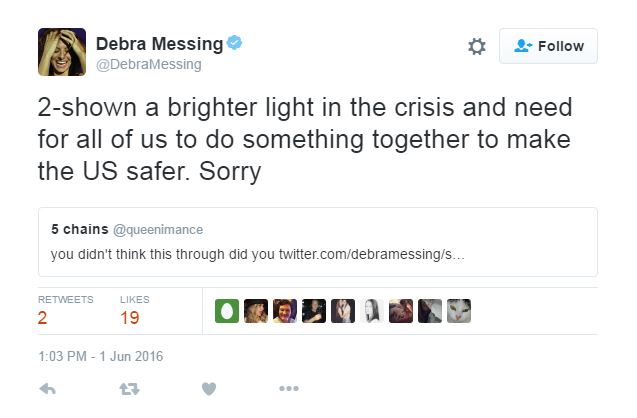 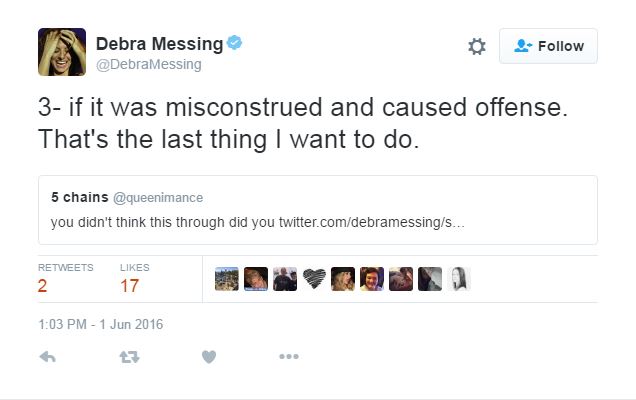 Messing also posted an extensive statement detailing her thought process both with the initial tweet and her subsequent ones too: 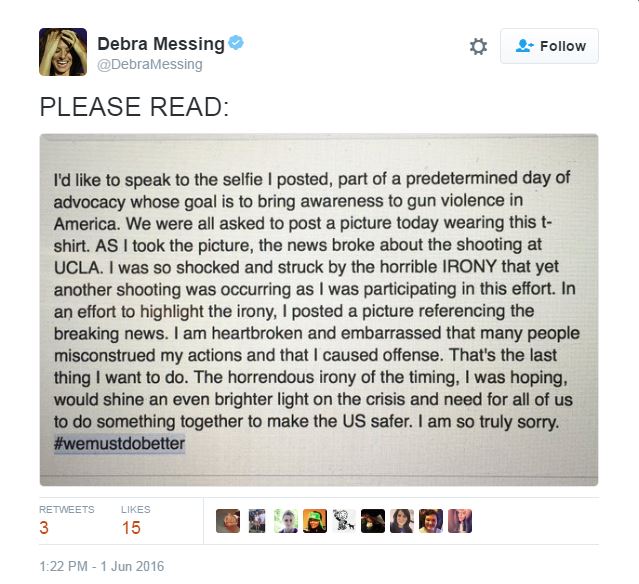 Unfortunately, these examples won’t be the last and NewsBusters will be sure to update this post with addition tweets as this tragic event continues to unfold.