Wednesday night, word came out via Politico that the hard drive to the computer of former IRS official Lois Lerner was destroyed and recycled. This follows the news that emails from Lerner and six other officials that were being investigated for the IRS' pointed targeting of conservative non-profits were lost. Without a doubt, this revelation is big news. But not in the minds of ABC, CBS, and NBC as all gave no mention to the matter.

Only ABC’s Good Morning America included a brief mention on the scrolling news feed at the bottom of the screen. The small headline read, ‘Computer Hard Drive Belong to Former IRS Official at Center of Targeting Scandal Was Destroyed, According to Politico.’

That was it. NBC’s Today and CBS This Morning refused to mention the news. Also, you know it’s bad when MSNBC made mention of the news, but not any of the networks.

Good Morning America did have time though to devote 37 seconds to a video of computer chair racing in Denmark and 3 minutes and 1 second to talking with reality star Kate Gosselin about a two-part special about her sextuplets turning 10 years old. Meanwhile, Today found time to spend three minutes and 26 seconds on how Kim Kardashian has been since she married rapper Kanye West last month in France. 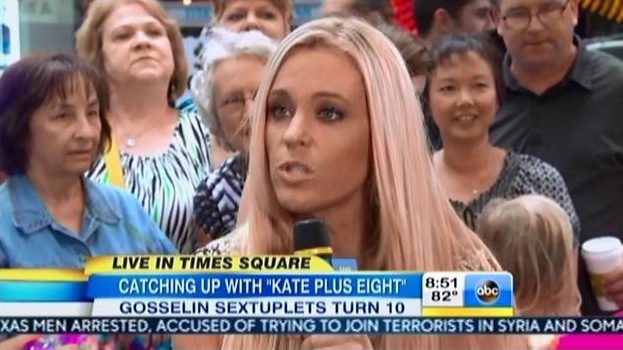 All three networks covered a viral video of a police chase that included driving across a golf course. While that video may be funny, the fact that hard drive of the official most responsible for the deliberate targeting of conservative non-profits was lost is far from amusing or funny.

As the Media Research Center has reported repeatedly, the coverage has been scant in the months since the scandal first broke. A report from the MRC’s Rich Noyes in May found that after producing 135 stories on the scandal on their morning and evening news shows, ABC, CBS, and NBC produced only 14 more stories from July 2013 to April 2014.

In April, the MRC’s Kyle Drennen found that, while the networks found time last month to cover budget cuts to the IRS, they failed to mention the scandal that has engulfed and deeply damaged the agency’s credibility.

Whether it was the vote to Lerner in contempt of Congress or the House subpoena of Eric Holder on the IRS scandal or the initial report of the lost emails last week, the only mention of any three events came in the form of two stories (both from CBS This Morning) on the Lerner emails and a 15 second mention from Good Morning America on the contempt vote.