U.S. News' Bonnie Erbe Argues Abortion is a 'Good Decision' in a Recession 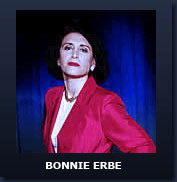 In her April 1 blog post, Bonnie Erbe, contributing editor to U.S. News and World Report and host of PBS' "To the Contrary," gave that advice to pregnant moms who are wondering how to raise a child on a strained budget.

Erbe keyed her argument around the situation of an unwed, pregnant mother of three who walked an hour to a medical center to abort her wanted pregnancy after her boyfriend lost his job. This mother was featured in a March 25 Associated Press article about the increased demand for contraception and abortions in these uncertain economic times. She called the mother's choice "a good decision."

In Erbe's world, it is "sad" the woman had to walk to the center because she didn't have the bus fare, "terrible that her boyfriend lost his job," and "heart-wrenching that she fell to tears in the doctor's office." As for the abortion itself, she wrote:

But in the long run, can we not agree that an unwed couple's decision not to bring a fourth child into the world when they are having trouble feeding themselves and three children is no tragedy? It's actually a fact-based, rational decision that in the end benefits the three children they already have and society as well.

The decision benefits society in two ways. It allows the couple to focus more time, energy and resources on their three children, giving each child a better life and a better chance of growing up to contribute to society. It also lessens the chance the family will have to rely on scarce public resources (food stamps, TANF) to raise their children.

Considering the source, this shouldn't be shocking. Remember, Erbe is also the person who back in 1995 compared partial-birth abortion to the "production of veal." She stated on the November 3, 1995, PBS "To the Contrary:"

Erbe failed to mention the other resources, outside of government assistance, available to women who find themselves pregnant and in a precarious financial situation. Crisis pregnancy centers across the nation can provide mothers assistance in the form of baby clothes, diapers and formula for their newborns. Adoption services are also available through a number of organizations such as Bethany Christian Services if a mother decides she cannot parent her child.

But to note that would mean Erbe would have to acknowledge that conservatives do care about life, which she charged they don't in a March 29, 1997, Washington Times column:

The right wing has lied repeatedly in an effort to move public opinion on this issue....Lie No.1: Conservatives care about life. The renowned quipmeister, Rep. Barney Frank, Massachusetts Democrat, once said, 'Conservatives' interest in life begins at conception and ends at birth.' Truer words were never spoken. If they did care about taking care of babies and protecting the helpless, they would not be so driven to cut government programs that help the poor, nor so concerned about paying a few dollars less of their own money in taxes.

Caring for a child on an already stretched budget is difficult but it is not as impossible as Erbe makes it out to be. But that's not really what's at issue in Erbe's post. The recession is simply one more way to promote her belief that abortion is nothing but a "choice."