Already out of Thanksgiving cheer, The New York Times delivered a cold housewarming greeting to the incoming Republican-controlled House of Representatives in Saturday’s “Meet the House Republicans Who Will Wield Power in the New Congress.”

Reporters Catie Edmondson, Luke Broadwater, and Emily Cochrane made it clear what they thought of the incoming GOP, as an unwelcome disruptor of the poor put-upon Democratic President Biden:

Republicans may have won control of the House by only the slimmest of margins, but in a chamber that operates purely by majority rule, their razor-thin edge has given them all the tools they need to plunge the Biden administration into a morass of investigations.

Wielding gavels and subpoena power, the Republicans set to lead influential House committees have pledged to bedevil President Biden on a litany of issues, including the foreign business dealings of his son Hunter Biden, security at the southern border, the U.S. withdrawal from Afghanistan and the Justice Department’s initiative to address threats of violence and harassment directed at school administrators and school board members.

At the same time, they will face calls from their conservative base -- and an influential clutch of hard-liners in Congress -- to impeach a phalanx of officials, from Mr. Biden himself to the vice president and cabinet secretaries.

The Times leaned hard on the identity card, at least when it makes Democrats look good.

Sometimes ethnic diversity doesn’t matter as much to The Times when conservative politicians demonstrate it.

The trio dismissed such gains as "modest," insisting what actually matters is a party's "senior ranks" and, with the GOP, they "reflect the overwhelmingly white, male makeup of their conference" with "no people of color leading committees -- a notable shift from House Democrats" as nine minorities has gavels.

They couldn't forget the gender card either:

Republicans are also set to have only two or three women leading committees, down from the seven Democratic women who now hold gavels. 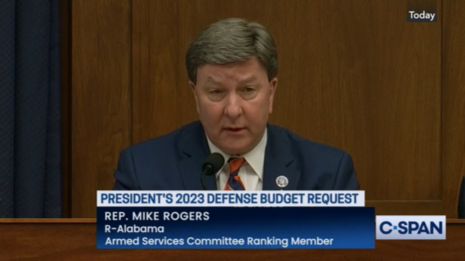 The individual profiles of the “key players” expected to helm various committees had some labeling bias as well.