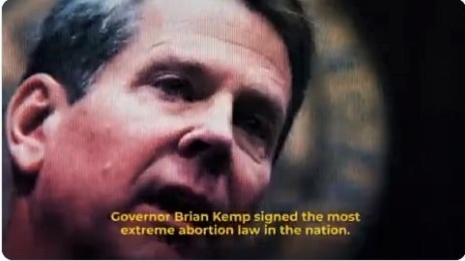 The New York Times is trying its hardest to make abortion a winning “freedom” issue for the Democrats in November. The latest push came on Monday’s front page, “Why Abortion Has Become a Centerpiece of Democratic TV Ads in 2022.”

In Michigan, Democrats took aim at the Republican nominee for governor almost immediately after the primary with a television ad highlighting her opposition to abortion, without exceptions for rape or incest.

In Georgia, Democrats recently attacked the Republican governor in another television ad, with women speaking fearfully about the specter of being investigated and “criminalized.”

And in Arizona, the Republican nominees for both Senate and governor were confronted almost instantly after their primaries with different ads calling them “dangerous” for their anti-abortion positions.

All across America, Democrats are using abortion as a powerful cudgel in their 2022 television campaigns, paying for an onslaught of ads in House, Senate and governor’s races that show how swiftly abortion politics have shifted since the Supreme Court overturned Roe v. Wade in late June.

With national protections for abortion rights suddenly gone and bans going into effect in many states, senior White House officials and top Democratic strategists believe the issue has radically reshaped the 2022 landscape in their favor....

Nowhere in here is there any notion of "fact checking" these claims about "dangerous" anti-abortion laws and pols, The Georgia ad implies women could be investigated for miscarriages, for example:

WATCH: With his abortion ban now in effect, Brian Kemp’s extreme anti-choice agenda is not just a threat —it’s a reality. Now abortion is banned at 6 weeks and before most women know they are pregnant. pic.twitter.com/yXw16pCc7C

— One Georgia (Authorized by Abrams for Governor) (@OneGeorgiaInc) July 21, 2022

And through each big news development, readers have flocked to women-centric publications that support abortion rights to understand how it will shape their lives.

Jezebel, a feminist website started by Gawker Media in 2007, saw an 18 percent increase in traffic after a leaked draft of the decision was published by Politico in May. The 19th, which covers gender and politics and takes its name from the 19th Amendment, reported a 63 percent jump in readership for its abortion-related stories. And The Cut, New York magazine’s women’s site, said traffic to its abortion rights coverage increased nearly threefold in June compared with the previous month.... 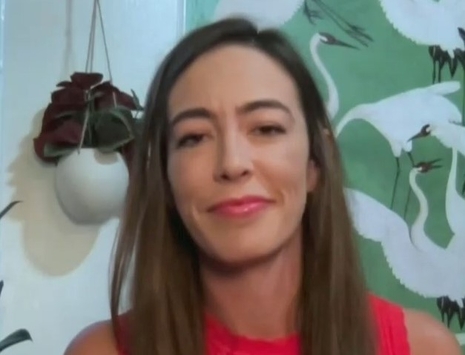 Jezebel editor-in-chief Laura Bassett boasted "We are able to cover this in an unflinching and honest way, with a perspective that I think a lot of traditional media outlets sort of aren’t able to do,” The "traditional" New York Times isn't "unflinching" on abortion? They didn't flinch from this puff piece.

Bassett also proclaimed "In some ways, I do think we do pieces of writing that should be readable for everyone, but am I trying to expand Jezebel’s audience into the pro-life crowd? No, I’m not."

The Times helped with publicity for some ostensible media rivals, at least those with correctly radical views regarding abortion access.

The remaining publications have found their moment. Readers outraged over the erosion of abortion rights across the United States seemed to be seeking outlets that match their reactions and provide updates and analysis as well as practical information on what new legislation means for their state, how to help other women or even how to obtain an abortion themselves.

Liberals are always "finding their moment" when liberal media are constructing a narrative.