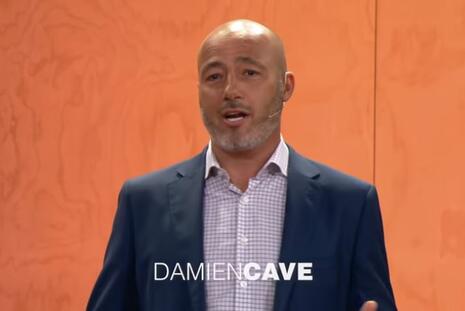 After imposing authoritarian Covid restrictions, Australia is no longer acting like a liberal democracy. But to New York Times Australia bureau chief Damien Cave, the big news from Down Under is how conservative media mogul villain Rupert Murdoch may be accepting some precepts of the “climate change” movement.

The headline had a “when did you stop beating your wife?” feel: “Murdoch’s Australia News Outlets to Ease Their Climate Denial.”

After years of casting doubt on climate change and attacking politicians who favored corrective action, Rupert Murdoch’s media outlets in his native Australia are planning an editorial campaign next month advocating a carbon-neutral future.

Depending on its content, the project, described by executives at Mr. Murdoch’s News Corp on Monday, could be a breakthrough that provides political cover for Australia’s conservative government to end its refusal to set ambitious emission targets. If sustained, it could also put pressure on Fox News and other Murdoch-owned outlets in the United States and Britain that have been hostile to climate science.

But critics, including scientists who have been a target of News Corp’s climate combat, warned that the effort could be little more than window dressing that leaves decades of damage intact.

“Color me skeptical,” said Michael E. Mann, director of the Earth System Science Center at Pennsylvania State University. “Until Rupert Murdoch and News Corp call off their attack dogs at Fox News and The Wall Street Journal, who continue to promote climate change disinformation on a daily basis, these are hollow promises that should be viewed as a desperate ploy to rehabilitate the public image of a leading climate villain.”

Sky tends to be the most extreme of News Corp’s properties. Last month, YouTube suspended the conservative news channel for a week for breaching the platform’s coronavirus misinformation policy. Two years ago, one of its hosts labeled climate change “a fraudulent and dangerous cult” that was “driven by unscrupulous and sinister interests.”

And this bias accusation took a lot of nerve to write, given Cave works for a certain Manhattan-based news outlet:

At many of the company’s newspapers, where solid journalism often sits beside unrelenting ideology in articles that often do not carry an “opinion” label….

The lack of introspection here is jaw-dropping.

Of course, that wasn’t good enough for Mann.

Professor Mann, whose book The New Climate War looks closely at what he calls “inactivists” -- the polluters, politicians and media outlets that have opposed climate action -- said that News Corp may have simply realized that denial in the face of increasingly harsh climate events, especially the horrific 2019-20 bush fires in Australia, was no longer tenable.

Malcolm Turnbull, a former Australian prime minister who was often attacked by News Corp and was toppled in an intraparty dispute in 2018 over climate policy, also warned that News Corp had a long track record that a few weeks of coverage could not erase.

News Corp’s newfound commitment, he said, should be believed only if the company’s journalists and editors stop beating up on supporters of climate action and stop protecting the conservative members of Parliament who have resisted climate policy.

Cave has made a habit of blaming Rupert Murdoch for all that’s wrong in the world, from failing to adhere to the religious rituals of climate change, to alt-right racism.