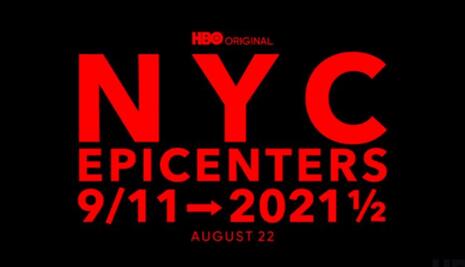 Buried at the end were the filmmaker’s disturbing, conspiratorial views of the World Trade Center terror attacks. “Capturing the Spirit of the City” made the front of Tuesday’s Arts section with a black-and-white photo of a glowering Spike Lee.

New York Epicenters… is an eight-hour documentary airing weekly in four segments, with the last episode promoting conspiracy theories from Architects and Engineers for 9/11 Truth, a “truther” group, questioning what actually caused the Twin Towers to fall on September 11, 2001, suggesting it was not actually an Islamic terror attack but a controlled demolition -- an “inside job.”

The Times certainly didn’t make much of that atrocious spin, failing to mention it in the headline or the subhead. It should be an embarrassment for the Times for downplaying the revelation, for Lee for relaying the conspiracy, and HBO for airing it.

Making it even more atrocious is the fact that the controversial episode is slated to run on the very night of the September 11 anniversary.

Ugwu eventually brought up Lee’s conspiratorial take in his interview. When Lee responded that the audience will “make up their own mind,” Ugwu asked a good follow-up question. But the Times treatment was certainly no five-alarm fire brigade. After all, it’s not as if Spike Lee did something truly unspeakable, like question mask mandates for schoolchildren.

The profile is mostly positive, as are most profiles of the filmmaker.

Spike Lee, like the city he’s from, exudes a kind of brash resilience. His resting facial expression says “Try me.”….

In his new eight-hour documentary series New York Epicenters: 9/11-2021½ -- the first of its four installments premiered Sunday on HBO -- Lee memorializes the indefatigable spirit of New York. Dozens of New Yorkers, appearing ringed by a faint blue glow in front of a dark backdrop, testify in interviews that chronicle each phase of the two disasters. The first two installments focus on the pandemic; the latter two hark back to the World Trade Center attacks.

Recently, I spoke to Lee by video call about making the series, about his own sense of grief and about why he still questions what caused the collapse of the World Trade Center buildings.

At the very end Ugwu addressed the controversial last episode, which is scheduled to air the very night of the 20th anniversary of September 11. Lee’s answers are in bold type below. 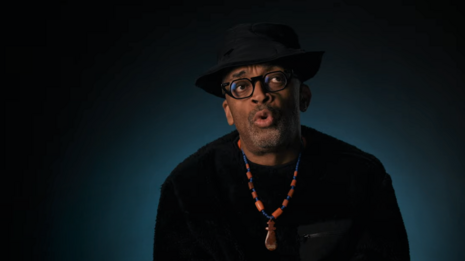 The last episode of the series devotes a lot of time to questioning how and why the towers fell. You interview several members of the conspiracy group Architects and Engineers for 9/11 Truth. Why did you want to include their perspective?

Because I still don’t … I mean, I got questions. And I hope that maybe the legacy of this documentary is that Congress holds a hearing, a congressional hearing about 9/11.

You don’t buy the official explanations?

The amount of heat that it takes to make steel melt, that temperature’s not reached. And then the juxtaposition of the way Building 7 fell to the ground -- when you put it next to other building collapses that were demolitions, it’s like you’re looking at the same thing. But people going to make up their own mind. My approach is put the information in the movie and let people decide for themselves. I respect the intelligence of the audience.