Who Will Be FIRED for Ignorant NY Times Opinion Calling for End to Israel? 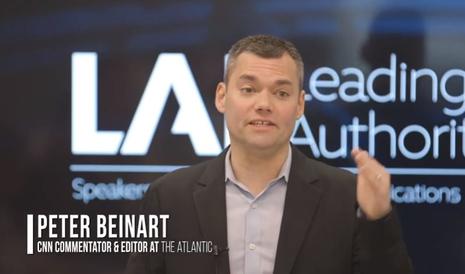 The New York Times’ disgusting double standards on what constitutes acceptable opinion has been demonstrated once again. An opinion piece from Republican Sen. Tom Cotton (published by the Times online June 3) called for military troops to be deployed to quell the rioting that accompanied the protests over George Floyd's killing. Cotton’s essay caused a “woke” staff revolt, with bizarre accusations that the piece posed a physical threat to black staffers, and ultimately resulted in the resignation of the paper’s editorial page editor, James Bennet.

But the examples the paper chose are woefully lame, the sort of generalizations that appear in left-wing opinion pieces all the time without any huffing and puffing about perfect accuracy. For instance:

...the published piece presents as facts assertions about the role of “cadres of left-wing radicals like antifa”; in fact, those allegations have not been substantiated and have been widely questioned.

This line was particularly laughable:

Beyond those factual questions, the tone of the essay in places is needlessly harsh and falls short of the thoughtful approach that advances useful debate.

Because you would never see any “harsh” left-wing rhetoric from the Times!

Yet Peter Beinart, former editor of The New Republic, was able to get away with historical ignorance while advancing a radical position in an opinion piece last week that made the paper’s print edition: "I No Longer Believe in a Jewish State.” Down with “Israel,” bring on “Israel-Palestine.” Beinart, who calls himself a “Liberal Zionist,” wrote in part:

It’s time to abandon the traditional two-state solution and embrace the goal of equal rights for Jews and Palestinians. It’s time to imagine a Jewish home that is not a Jewish state.”

After suggesting the move would end Palestinian terrorism, Beinart continued, “That’s what my grandfather and father loved -- not a Jewish state but a Jewish society, a Jewish home. Israel-Palestine can be a Jewish home that is also, equally, a Palestinian home. And building that home can bring liberation not just for Palestinians but for us, too.”

But beyond the soothing platitudes about the liberation to be had in a one-state solution for Israel, Alan Dershowitz warned in Newsweek that Beinart’s piece is willfully ignorant and fatally flawed.

Dershowitz termed Beinart’s opinion “a study in historical ignorance, willful deception and arrogant rejection of democracy.... Beinart proposed that a single binational, bi-religious state in what is now Israel, the West Bank and the Gaza Strip replace current Israel, whose Jewish population would then be given a "homeland" within the new nation.”

Dershowitz foresaw a Muslim majority, “many of whom believe there is no place for a Jewish entity anywhere in the region. It was precisely this fear that led to the creation of political Zionism in the 19th century....Placing the safety of Israel's Jewish population in the hands of a potentially hostile Muslim majority would be an invitation to possible genocide.... Beinart's article is maliciously deceptive insofar as it places the blame for the absence of a two-state solution largely on Israel, willfully omitting Israel's willingness over many decades to accept a Palestinian state.”

...it’s a sad statement that, in the midst of a nationwide heightened sensitivity to bias against minority groups, The New York Times would choose to publish an article calling for the elimination of the one country in the world where a Jewish majority has self-determination. There are nearly 200 countries in the world: the one the Times wants to wipe off the map just happens to be the one the Jews run?

Yet the call for the elimination of Israel as a Jewish state brought no groundswell of internal protest from the paper’s “woke” staff. Beinart’s piece also fits into the paper’s historical anti-Israel line, as displayed both in its opinion and news pages, without any internal protests about the paper’s long defense of the anti-Semitic “B.D.S.” movement, or the Times’ whitewashing of the terrorist group Hamas.