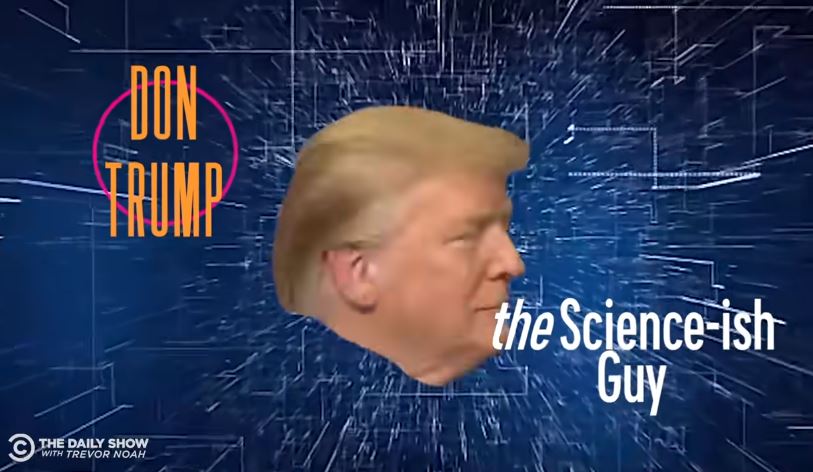 The New York Times used the coronavirus pandemic as an excuse to unleash hostile anti-Trump opinion on its front page Wednesday in a “news analysis” by Lisa Friedman and Brad Plumer that played the tired trope of Trump vs science: “Science Speaks (But President Rarely Listens).” The jump-page text box: “A history of ignoring or playing down facts in cutting regulations.”

Never mind that cutting regulations has been part of America’s fight against the coronavirus.

After mocking Trump’s boastfulness, Friedman and Plumer got into the meat of their front-page "news" tirade:

....a disregard for scientific advice has been a defining characteristic of Mr. Trump’s administration.

As the nation confronts one of its worst public health disasters in generations, a moment that demands a leader willing to marshal the full might of the American scientific establishment, the White House is occupied by a president whose administration, critics say, has diminished the conclusions of scientists in formulating policy, who personally harbors a suspicion of expert knowledge, and who often puts his political instincts ahead of the facts.

The reporters went to a favorite anti-Trump professor for confirmation.

“Donald Trump is the most anti-science and anti-environment president we’ve ever had,” said Douglas Brinkley, a presidential historian at Rice University. The president’s actions, he said, have eroded one of the United States’s most enviable assets: the government’s deep scientific expertise, built over decades. “It’s extraordinarily crazy and reckless,” he said.

Once in office, Mr. Trump’s administration quickly began work on one of its most far-reaching policies -- the systematic downplaying or ignoring of science in order to weaken environmental health and global warming regulations. Automakers, farmers and others had sought regulatory relief, saying that more flexible rules would still ensure progress on environmental protection while avoiding bureaucratic mandates. However, in implementing the rollbacks, the administration has marginalized key scientists, disbanded expert advisory boards and suppressed or altered findings that make clear the dangers of pollution and global warming.

There was an awful lot about “climate change” in a story ostensibly about the Trump administration’s reaction to the pandemic.

Other critics noted that Mr. Trump’s decision to withdraw the United States from the Paris Agreement, a 2015 pact among nations to combat climate change, has left the world adrift on one of the biggest challenges to face humanity. And now, amid a sweeping global pandemic, Mr. Trump has said he will halt funding for the World Health Organization.

A funding cut made for good reason.

Last week, Rick Bright was dismissed as the director of the Biomedical Advanced Research and Development Authority, the agency involved in work on coronavirus treatments. Mr. Bright said he had been removed after urging caution in expanding access to hydroxychloroquine, the controversial treatment embraced by Mr. Trump. He also said the administration had put “politics and cronyism ahead of science.”

Politico made a compelling case that the Times' front-page scoop on Bright was bogus.