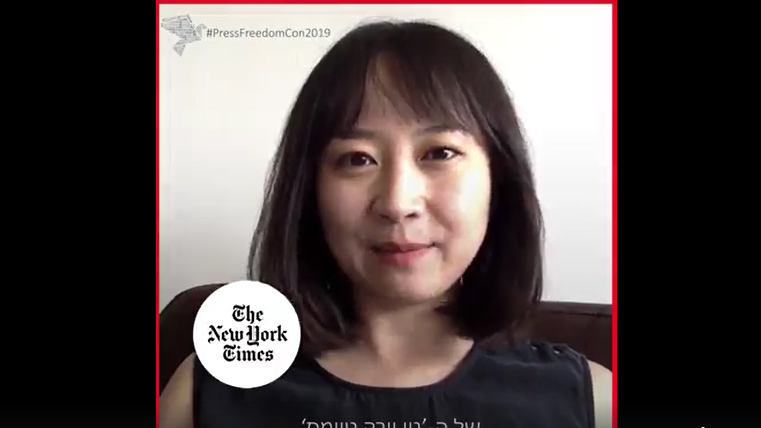 New York Times fact-checker Linda Qiu targeted President Trump’s coronavirus response She scored some hits, but employed statistical sleight of hand while criticizing Trump both for what he does and for not doing it quickly enough: “Analyzing the Patterns in Trump’s Falsehoods About Coronavirus.”

Hours after the United States became the nation with the largest number of reported coronavirus cases on Thursday, President Trump appeared on Fox News and expressed doubt about shortages of medical supplies, boasted about the country’s testing capacity, and criticized his predecessor’s response to an earlier outbreak of a different disease.

Qiu criticized Trump by noting that the most authoritarian regime on earth imposed restrictions on travel before the United States did.

....at a White House briefing on Friday, he wrongly said he was the “first one” to impose restrictions on China. North Korea, for one, imposed restrictions 10 days before the United States.

This bit was a sneaky two-step:

He misleadingly claimed again on Friday that “we’ve tested now more than anybody.” In terms of raw numbers, the United States has tested more people for the coronavirus than Italy and South Korea but still lags behind in tests per capita.

The United States also “lags behind” other countries in per capita reported coronavirus cases, but Qiu led with the raw numbers of U.S. cases to make Trump look worse. Yet when Trump himself uses raw numbers to praise the number of U.S. tests conducted, he is being “misleading.” If Trump is being misleading for trumpeting raw numbers, so is the Times.

Often, he has touted his complete “shut down” or “closing” of the United States to visitors from affected countries (in some cases leading to confusion and chaos). But the restrictions he has imposed on travel from China, Iran and 26 countries in Europe do not amount to a ban or closure of the borders. Those restrictions do not apply to American citizens, permanent residents, their immediate families, or flight crews.

There was still more hypocrisy, given how the paper attacked flight restrictions from China at the time.

Not only were these restrictions total and absolute in Mr. Trump’s telling, they were also imposed on China “against the advice of a lot of professionals, and we turned out to be right.” His health and human services secretary, however, has previously said that the restrictions were imposed on the recommendations of career health officials. The Times has also reported that Mr. Trump was skeptical before deciding to back the restrictions at the urging of some aides.

Meanwhile, the paper has almost ignored gross preparation failures in their own besieged backyard. New York City Mayor Bill de Blasio’s failures are documented in a “tick-tock” by Karol Markowicz in the Washington Examiner.