New York Times Page One Story:‘Trump’s Iran Strategy May Cost Him in 2020 Election’ 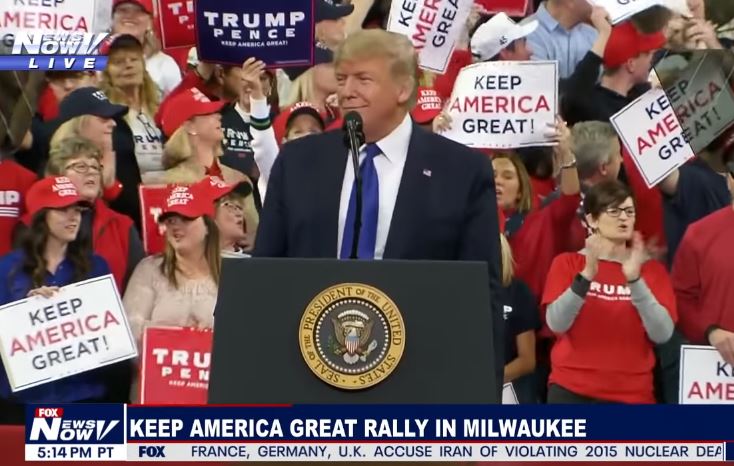 On the front page of Tuesday’s New York Times, political reporter Jeremy Peters cynically spun President Trump’s showdown with the terror-supporting regime in Iran in “Trump 2020? Move on Iran Gives Pause.” Peters wrote from Iowa, where campaign reporters are hanging out in anticipation of the caucuses.

The online headline: “Trump’s Iran Strategy May Cost Him in 2020 Election.” But not based on this selective report of public opinion.

Peters used Trump’s 2016 intervention-skeptical campaign rhetoric to condemn him today (not that the media credited him with his stand at the time):

Almost exactly four years ago, Donald J. Trump touched down at an airport hangar here, delivered a donation to a group that provides service dogs to veterans and, before inviting a few kids to run around on his Boeing 757, criticized the wars in the Middle East that many local families had sent their sons and daughters to fight in.

Mr. Trump’s success in places like Dubuque -- heavily white, working class, union-friendly and Catholic -- remade the Republican electorate. And his path to a second term depends heavily on whether those voters turn their backs on the Democratic Party again.

But the specter of a new conflict in the Middle East -- this time with Iran -- threatens the political coalition that Mr. Trump built in 2016 by running against a national Republican Party that many voters came to see as indifferent and unresponsive, particularly when it came to the human cost of war.

This from the same paper that cheered on President Obama’s intervention in Libya and blamed “compassion fatigue” and the NCAA basketball tournament for Americans' refusal to support it.

As tensions with Iran remain high, Mr. Trump risks becoming the wartime president he claimed he never wanted to be. And he has struggled to reconcile the inconsistencies in his foreign policy, leaving some voters wondering what he really is as a commander in chief....

It’s a strange day when Fox News hosts Laura Ingraham and Tucker Carlson get respectful airings in the paper.

After the buildup, Peters had to pop the balloon.

Still, for those who have watched the political poles reverse in Dubuque over the years, there is a sense that Mr. Trump is retaining his hold on most of his voters.

He closed with a quote underscoring the supposed threat Trump’s “bellicosity” toward killing terrorists like Gen. Soliemani poses to the world.

Mr. Blume contemplated the possibility that Mr. Trump might get re-elected -- and that he might even vote for him.

“It’s not going to be the end of the world,” he said, catching himself.

“Well,” he added, with a nervous laugh.

Peters dislikes Trump's focus on terror. During the 2016 campaign he wrote:

And Donald J. Trump, who more than any other Republican candidate has played on the fears and anxieties of Americans, released his first television campaign commercial on Monday, one focused tightly on his ideas for dealing with the dangers posed by terrorism and illegal immigration.